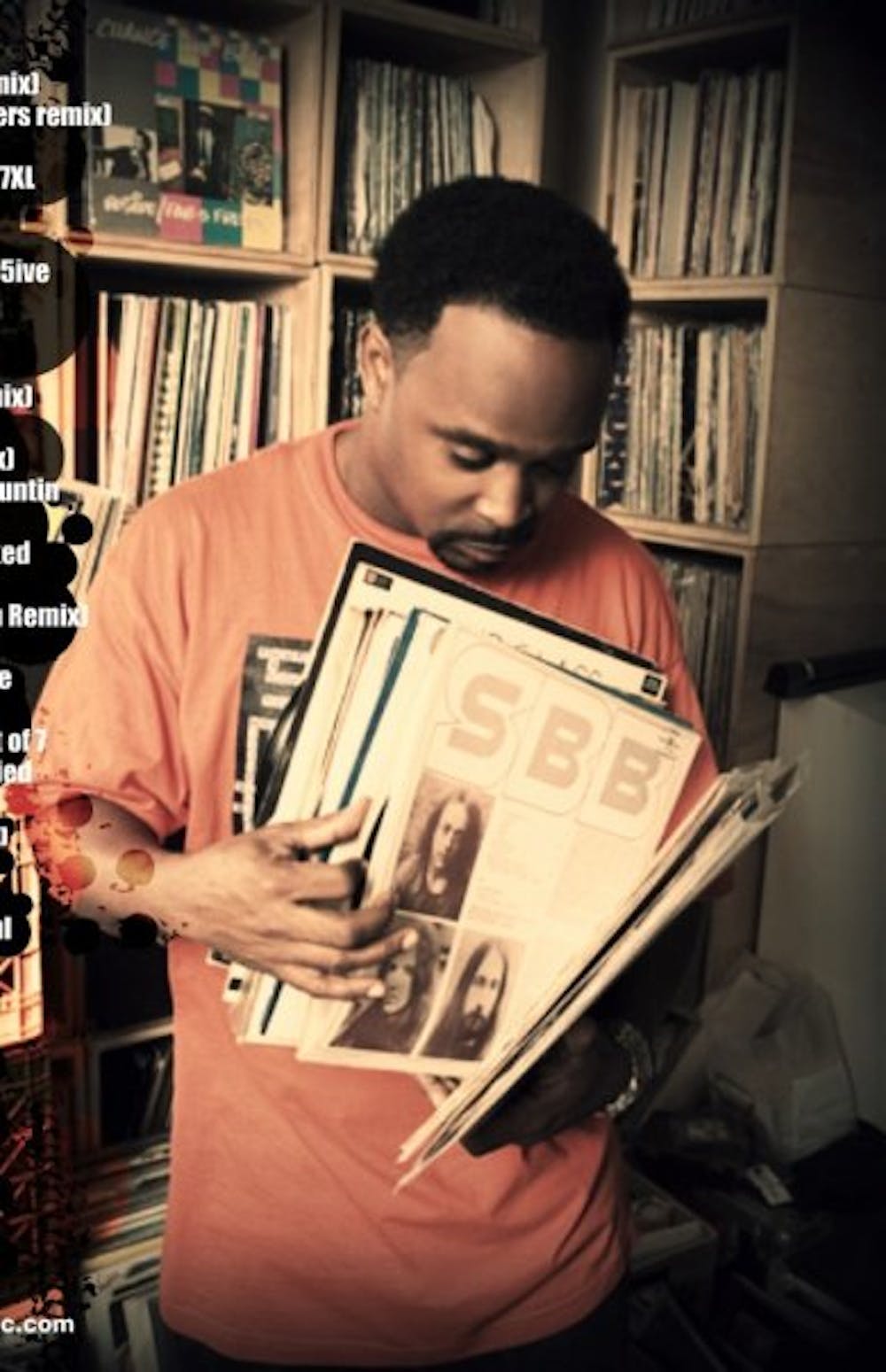 Follow DJ Spinna to get alerts about upcoming events and special deals!

DJ Spinna is something of an anomaly in music.

DJ Spinna has performed in venues such as: Good Room, House of Yes, One Loft, Public Records

Without further ado, here are DJ Spinna top 10 tracks of all time:

DJ Spinna is something of an anomaly in music. A humbling example of what it takes to truly succeed within the framework of multiple fields. A steadfast work ethic, an obsessively extensive vinyl library and the willingness to pursue the full extents of his roots (Funk, Soul and Jazz), foundation (Hip-Hop) and future (Electronic/Dance music) with no restraints. A cornerstone of Hip-Hop's late 90's indie-uprise, DJ Spinna made much of his first impression on listeners as the musical background of his group The Jigmastas (having released an impressive slew of 12" singles on his then self-run label Beyond Real during this time) as well as providing the canvas for an array of that era's lyrical giants. As an emcee in New York City, if you didn't have a Spinna production under your belt, well, you just hadn't accomplished all there was to accomplish. Everyone from Mos Def, Talib Kweli to Pharaohe Monch boasted Spinna beats to prove their worth to the scene. At the height of indie-kingpin Rawkus Records heyday, Spinna was in demand, also churning out timeless classics of the era from the likes of J-Live, Mr. Complex and The Polyrhythm Addicts (his all-too-brief collabo-group with Apani B., Shaabam Sadeeq and Complex).

As collaborative production work flooded his studio, from hip-hop legends like Sadat X & Grand Puba (Brand Nubian), Masta Ace and Guru (Gangstar) to even The Jungle Brothers. Yet, while his stock as a the go-to producer rose so did his value as a key, if not crucial, remixer. At the time reworking hits for the major-label likes of De La Soul ("Stakes is High") Das EFX and MC Eiht.

Turning heads throughout the industry, Spinna's sonics soon infiltrated numerous genres. Tapped by everyone from Mary J. Blige to Motown Records (for his brilliant Michael Jackson homage to "We're Almost There"). It's here his production presence would flourish greatly, as Spinna would go on to revive and revise Soulful marvels like Donald Byrd, Eddie Kendricks, Betty Carter, Roy Ayers and Al Jarreau. Always relevant to the current, Spinna has taken to new mixes for the J Dilla bred Platinum Pied Pipers and Bay Area songstress Goapele as with the well respected Les Nubian. Though it goes without saying that one of the more memorable mixes goes to his monumental version of Shawn Escoffery's "Days Like This". In turn, catapulting Spinna into his now stately, touted presence in the dance music scene. Which made the transition to BBE Records smooth as ever, for his landmark solo production album "Here To There". It also spawned another record label, Spinna's own, Wonderwax. A home for his soulful dance classics, the imprint came to fruition in 2003, and has seen memorable releases from contemporaries such as Rich Medina, Lady Alma, Blaze, The Free Radikalz and Selan.

With so much studio work, it's a marvel Spinna travels as much as he does. The constant, globe-trotting performances he's become equally famed for have brought the DJ as far as Iceland, Australia, and South Africa as well as countless jaunts through England, Europe and the U.S. Not to forget, his hugely successful tours of Japan, where Spinna is held in the highest regard throughout the country for his craft in music. Not always the lone crowd-controller, Spinna's collaborated on stage alongside contemporary luminaries like Gilles Peterson, Jazzanova, Joe Claussell, Bugz In The Attic, Osunlade, Q-Tip, Jazzy Jeff, Kenny Dope, Keb Darge, DJ Scratch (EPMD), DJ Shadow & Cut Chemist. He's a true showman - versatile as ever.

Yet nothing compares to his celebrated Stevie Wonder inspired WONDER-Full-- DJ-performances (aside friend and contributor Bobbito Garcia). Garnering overwhelming fanfare each occasion done - whether NYC, LA, San Francisco, Japan or beyond - if a WONDER-Full-- event is booked at a club you can put money on a line around the block and thousands of Stevie Wonder admirers rocking the house. And while he's gained so much attention and accolade for his tributes to Stevie, Spinna is not incapable of doing the same for any other pivotal forefather. Visit New York City any given month and find a number of Spinna themed throw-downs in the city's esteemed venues - each as memorable as the last.

Its true that there are other likeminded DJ/Producers in the world comparable to DJ Spinna, but for the most part, they choose a genre and master it. Ask them to flip another variety with the same intense knowledge and sleek-savvy and you'll be hard pressed to find someone that'll do it to Spinna's extent.

With a brand new album "Sonic Smash" at its completion (set for release High Water Music), Spinna's venturing back into the Hip Hop stage that saw his inception in the industry, tapping into his perfected take on cosmic boom-bap that is unique and only manipulated by him. Remaining a musician for the ages, Spinna's true successes happily await in the future. Won't you come along for the ride?

No upcoming events with DJ Spinna