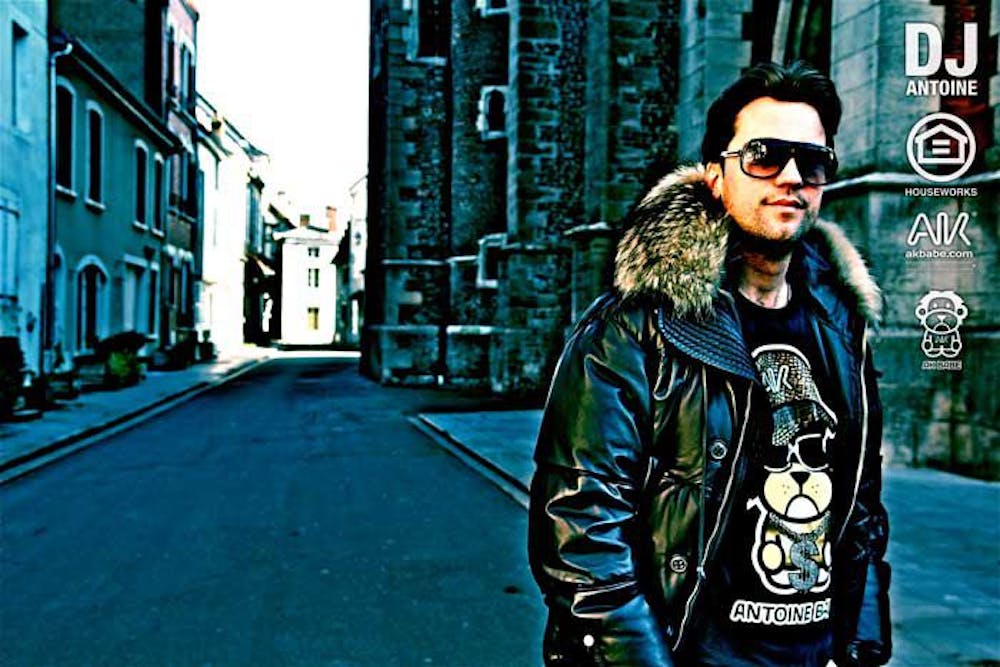 Follow DJ Antoine to get alerts about upcoming events and special deals!

With more than 1.5 million sold albums, 35 gold records, 5 platinum awards, 1 double-platin award and owning the record label "Houseworks", DJ Antoine is the internationally most successful DJ of Switzerland. His career officially took off in 1995, when he opened his club called House Cafe in teh city of Basel.

Without further ado, here are DJ Antoine top 10 tracks of all time:

His career officially took off in 1995, when he opened his club called House Cafe in teh city of Basel. This club is the benchmark for the profress of the whole scene in Basel and the cult-parties are still in fond memories. After a short tip into the Swiss Hip Hop scene, DJ Antoine had quickly switched genre, getting hooked on the Pumping-House-Wave. In 1998, he released his first album "DJ Antoine - The Pumpin' House Mix", 1999 "Houseworks 1" won the first gold award. After that, things started to move very fast. Until this day, DJ Antoine has produced 51 CDs, strongly established his music and himself in the music and clubbing scene. Since 2003, he has been hosting his own weekly radio show, which is broadcasted by radio stations all over the world.

In 2006, DJ Antoine achieved his international breakthrough with the album "DJ Antoine - Live In Moscow" and the single "This Time." Ever since, he has been a highly demanded act in popular and trendy clubs all over the world. Gigs in New York, Chicago, Miami, Montreal, Dubai, Bangkok, Oslo, Vienna and Cairo have turned into a regular but exciting part of his everyday life. Acknowledging his international success, All Around The World Records, the electronic music label owned by Universal Music UK, Blanco y Negro Spain, Happy Music France, Emi Music South Afria, Ultra Records USA and Kontor Records Germany signed the single "This Time" in 2009.

The many awards he won in the recent years prove that DJ Antoine is on of the best in this industry. 2001 he won the Ericsson Dance Music Award for the best and most successful artist of the year 2000 in the category, "House UK Garage/Progressive House". In 2008, DJ Antoine created a stir with his sociocritical album "DJ Antoine - Stop!", on which he openly spoke out against juvenile violence, calling for more civil courage. In Spring 2009, the record was priced ith the Swiss Music Award for "Best National Dance Album." The following year, he defended that title with his CD "DJ Antoine - 2009" and, on top of that, received the Swiss Prix Walo. In 2010, he achieved his bigggest success in Switzerland so far: for his album "DJ Antoine - 2010", he was awarded with a platinum record. This platinum record was also nominated for this year Swiss Music Award in the category "Best Album Dance National."

Another highlight of his career is now the first collaboration with Timati and Kalenna Harper (Dirty Money) for the hit single "Welcome to St. Tropez", which was released in Germany and Austria by none ofhter than the dance label Kontor Records.

Alongside his work as a DJ, Antoince Konrad manages his own production and booking companies Global Productions GmbH and Global Bookings. For his VIP-Events, he regularly creates extensive and individual concepts, in tune with teh clients and guests needs and wishes. His exclusive concepts represent lifestyle and luxury and he inspires his customers with his ideas. His team currently consists of ten employees, all based in Switzerland.

No upcoming events with DJ Antoine