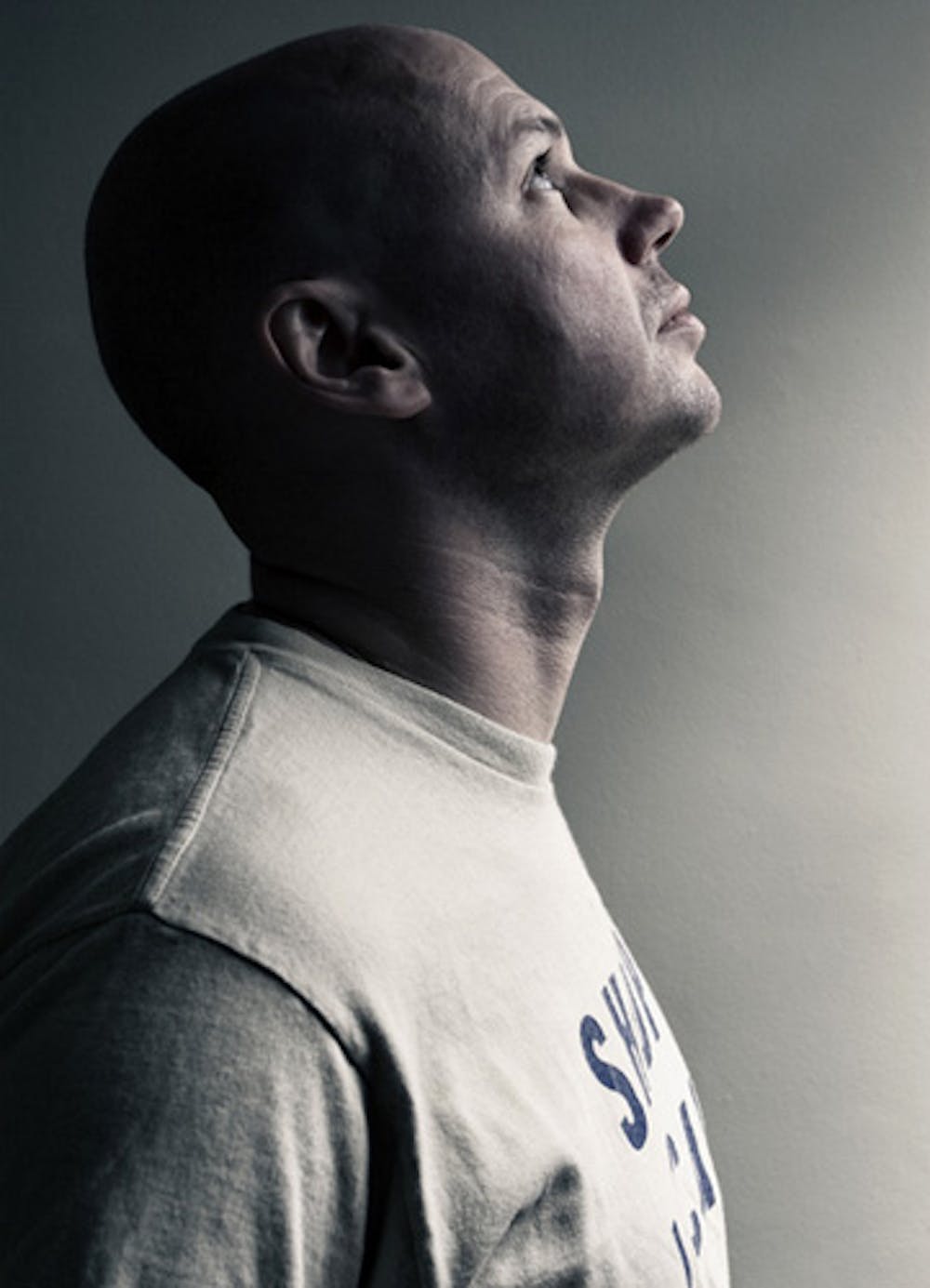 Follow Dave Seaman to get alerts about upcoming events and special deals!

Dave Seaman is one of the original pioneers of house music.

Dave Seaman has performed in venues such as: Catch One, Public Works, The Underground, Bassment, Halcyon, M.I.A, Monkey Loft, Spybar

Without further ado, here are Dave Seaman top 10 tracks of all time:

Dave Seaman is one of the original pioneers of house music. He has been DJing for over 25 years, was the first editor of the clubbers bible, Mixmag, and has remixed and produced for everybody from U2 to Kylie and David Bowie to the Pet Shop Boys. He has also done over 20 mix compilations for the likes of Global Underground and Renaissance, been the main man behind the independent dance music labels, Stress Records and Audio Therapy and still found time to model for Levi's in Japan, present TV programmes for the BBC and tour the world probably more than any other DJ.

"The maddest thing that’s happened to me was when I first went to Colombia and I was greeted by the national 7 o’clock news cameras as I came out of customs and had two armed guards accompanying me to the hotel. It just wasn't what I expected from my DJ career when I first started out at the school disco!” Indeed it is not. Despite having highfalutin notions of becoming a disc jockey from an early age, David Seaman’s achievements have surpassed his ambitions somewhere along the Acid House Superhighway that is his life today.

Dave Seaman is now entering his 20th year in the music industry having first joined DMC as a fresh-faced teenager from Leeds in October 1987. In the intervening years there’s not much he hasn’t done, from DJing at Stella McCartney’s birthday party to presenting programmes for the BBC and being profiled by Channel4 to featuring in a Levis’ ad campaign in Japan. He’s also released over 20 mix albums including the first legally licensed compilation ever (for Mixmag in 1991), 7 for Renaissance, 3 for Global Underground and 3 for his own Therapy Sessions brand. Plus, he was also the man who, as editor for 3 years from 1987 to 1991, turned Mixmag into the clubbers’ bible.

He is remixing royalty, as one half of Brothers in Rhythm (alongside Steve Anderson), having taken the faders for U2, Michael Jackson and David Bowie, and also produced the Pet Shop Boys and Kylie Minogue: “Confide In Me is the thing I’m most proud of,” states Dave. “To be working with Kylie, and to actually write, produce and remix it and see it go on to become an international hit was the most fulfilling thing I've ever worked on.” Brothers in Rhythm were also responsible for one of the first great British house records –Such A Good Feeling – a brash slice of piano heaven that lit up dancefloors and wound up in the Top 20.

Dave Seaman was born and raised in Leeds, leaving him with a solid base of common sense with which to negotiate the rocky waters of the music industry and an enduring affection (some might say affliction) for Leeds United FC. As an aspirant DJ and DMC member, Dave won a trip to New York, to the New Music Seminar, then the most important industry conference. Dave’s blagging abilities and Northern cheek impressed them mightily when he led his party past industry heavyweights queuing to get into Nell’s (he’d befriended the bouncer in the queue at MacDonalds!) and straight into the club. They offered him a job editing Mixmag on the spot. Dave’s contacts at Mixmag helped him secure his first DJ slot. When Mixmag photographer Gary McLarnan started a night in Longton, near Stoke called Shelley’s, Dave secured a monthly residency alongside a rising star from Wales called Sasha. Although Dave had been an aspiring DJ for several years already he had a small confession: “I’d never worked in a club in my life!”

“The first week was strange,” he explains. “There was a group of ravers all by the stage on the dancefloor and then by the bar were loads of Stoke City fans singing football songs with scarves on and shirts and everything. They were completely separate; and there can’t have been more than a couple of hundred in there. Within a month, all the crowd of Stoke City fans had gone and it was starting to grow; word got round.” Imbued with what Dave laughingly calls ‘artificial enthusiasm’ it was Shelley’s that inspired Such A Good Feeling, which directly led to working with the Pet Shop Boys (Chris Lowe named it his favourite track of the year) and subsequently Dave co-produced ‘Go West’ and ‘DJ Culture’ amongst others. His career duly took off.

Working in tandem with DMC still, Dave’s next step was to incorporate Stress Records, with Mixmag deputy editor, Nick Gordon Brown, and over the best part of the next decade, they released tracks by Sasha, Full Intention, Danny Tenaglia, Andy Cato, Planet Funk and John Digweed. Stress Records was also home to Brothers In Rhythm’s underground offshoot Brothers Love Dubs which demonstrated Dave’s unique ability to skip gainfully between genres, one moment hitting hard with club tracks, the next producing gleaming pop gems for Kylie, but always with an eye on quality control. Despite being one of the most in-demand remixing partnerships, they sensibly turned down many more jobs than they were offered, selecting only songs they really loved; David Bowie, Placebo, U2, New Order, Blur and Sting were all touched with the BIR magic.

In the late ’90s Dave and cohorts finally struck out on their own with Therapy Music, a home for like-minded producers and DJs that has developed into a thriving business both as an underground label (with its eye on greater things), Audio Therapy, and as an agency. “After leaving DMC it was time to do something for ourselves, after being there a long time,” asserts Dave. “The main thing was to be able to start something small but, moreover, to have complete freedom and control.” Thanks to their longstanding links with the Australian scene they’ve helped develop DJs like Luke Chable and Phil K, acts like Infusion and Newcastle’s Lexicon Avenue and have also had played a substantial role in the careers of Slacker, Timo Maas, James Holden and Anthony Pappa.

The label has covered broad ranges of uptempo dance music, from electro to breakbeat to progressive and given starts to Ernest Saint-Laurent, Stel, Infusion and Habersham whilst releasing music from more established names such as Paul Jackson, Tone Depth, Killahurtz and Oliver Moldan. It is also the home to Dave Seaman’s latest studio project, Group Therapy, a collaboration with old friend Chad Jackson, former DMC world mixing champion and Audio Therapy artist, Stel. The project has so far yielded two singles My Own Worst Enemy and Faith Again, with another presently in the works and several remixes for the likes of Tears for Fears, Gabriel & Dresden, Starsailor, Bedrock and Hybrid. “The idea is to make it accessible to more than just the underground. If we can give things mass appeal, but with more depth when you look beneath the surface, that’s what excites me.”

Having worked with some of the best pop performers and played at some of the world’s most subterranean venues, Dave Seaman understands the tensions between underground and overground. It’s his experience with both that has enabled him to offer a slice of cool for pop acts while always having an ear for a winning hook on his club productions. “It’s about having fun, but understanding that the music has got depth as an art form,” states Dave. “Finding that balance. I try to put that ethos into the records that we make and into the DJing that I do, trying to give dance music an identity beyond the underground.”

Nowadays Dave Seaman is regarded as something of a veteran of the scene, a strange turn of affairs for someone with his cherubic features. He’s even recently started a family and is learning to incorporate his boundless enthusiasm for clubbing with the demands of raising children. “I've never been up at seven o'clock in the morning in my life unless I was getting in at that time,” he giggles. “But that's me during the week now: up at seven in the morning… and then weekends getting in at seven. Touring with the family throws up a new set of challenges but we love it. My little boy has already been round the world twice and he’s only one!”

Old stager or not, Seaman still retains that impish enthusiasm that has always been reflected in his DJ sets and even when discussing dance music’s travails of the past few years, manages to find the sun shining behind the gloomy rain clouds. “We’re entering a new phase,” claims Dave. “Dance music in the UK needed to implode – the great acid house detox. We shed all the dead wood and hangers on. But this is the circular nature of fashion. I feel like I’m starting again almost. It’s very exciting.” He grins, then laughs.

“Although I knew I wanted to DJ really early on, my biggest dream when I was in my early teens was to get a gig at Casanova's nightclub in Wakefield on a Friday or Saturday night,” chuckles Dave at the memory. “I'd never imagined in my wildest dreams that you could get to travel round the world doing this for the best part of twenty years. I remember saying to my careers officer at school that I wanted to be a DJ and he very kindly suggested, ‘well, I think you should have something as a back up’.” He’s still working on the back up.

No upcoming events with Dave Seaman