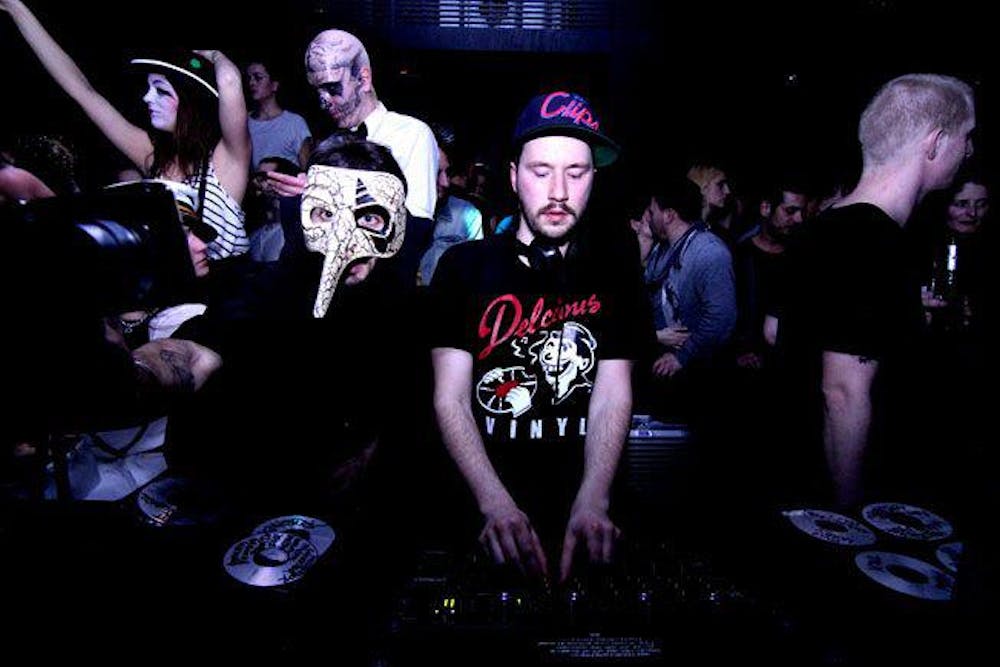 Follow Daniel Bortz to get alerts about upcoming events and special deals!

It was the mid-‘90s, the heyday of techno in Munich-Riem, home to the Optimal and other legendary clubs, when Daniel Bortz stepped into the never-ending, untiring loop of the stoically pumping bass drum.

Daniel Bortz has performed in venues such as: Floyd, Station 1640

Without further ado, here are Daniel Bortz top 10 tracks of all time:

5. You Can Stay Forever

It was the mid-‘90s, the heyday of techno in Munich-Riem, home to the Optimal and other legendary clubs, when Daniel Bortz stepped into the never-ending, untiring loop of the stoically pumping bass drum. He was born in Berlin in 1981, but shortly thereafter his family moved to Bavaria, where he grew up. For the last 13 years he has been forging his deep beats, grooves and tracks for the club world from his base of operations in Augsburg. And it‘s precisely that club world that Bortz has been gracing with his releases for quite some time now, aiming right for its hypecraving g-spot.

He got his training as a producer with the Munich label Pastamusik with whom he released his first recording 2007. Since then, he‘s been refining his sound between crate digging, house-nostalgia, dancefloor-transfer, sample insanity and a healthy dose of eclecticism.

Be it‚ 80s new wave, ‚90s West Coast hip hop, disco or dance mania, Daniel Bortz brings things together that aren‘t bound up with realness and street credibility: He fuses his own world of sound for today‘s dance floor, and part of that is bootlegs – dangerously thin ice for a music producer’s
reputation. "I get a kick out of hearing an R&B sample in a different guise, in converting my own tastes in music for the dance floor. Bootlegs in particular give me an opportunity to make some of my favourite songs danceable“. His notable re-working of James Blake‘s Feist cover "Limit to Your Love“ helped people forget the mud and rain of the Fusion Festival 2011; indeed, the Discogs database sample put him out a cool 10,000 euros, making the endeavour pricier than procuring even the rarest of old school tracks to come out of Chicago.

Daniel himself can‘t really explain why there‘s such a buzz around the track, but on both his cuts and his own productions his refined sense of harmony plays a major role: "I work a lot with tunings. It takes a lot of work to make a few harmonic elements fit perfectly together. A lot of people just turn a sample into a loop, but I make sure that even the bass drum and percussion match the tonality of the sampled sounds and harmonise with one another“.

Daniel Bortz has an infallible knack for reducing things down to the nitty-gritty; to constantly limit elements to their bare minimum, even if nowadays ‚minimal‘ is considered an absolute no-no. But none of that bothers the Augsburg musician much; he is just as aware of his special status in the close-knit Bavarian scene as he is of the sceptical gloom-and-doom prophecies of Berlin’s music buffs: „Since 2007 I‘ve been hosting a monthly party series in Augsburg with Forza Electronica.

While being a music producer here has its challenges, I don‘t just want to play for those in the know. I like appealing to a mixed audience that doesn‘t mind if I occasionally play a slower track or a song by Whitney Houston or Phoenix. I feel very much at home in Bavaria. You‘re kind of left to your own devices here, but through that you assume a neutral position. It feels more free and independent than being constantly associated with certain scenes or certain people“.

So the MPC guru continues his journey through his very own sound universe, releasing any material he feels is right, and, at the same time, revering his old heroes Matthew Herbert and Daniel Bell. These two old masters likewise shunned scenes and dogmas, an attitude that sets from apart from run-ofthe-mill hitmakers, who crank out the next short-lived club hype.

No upcoming events with Daniel Bortz