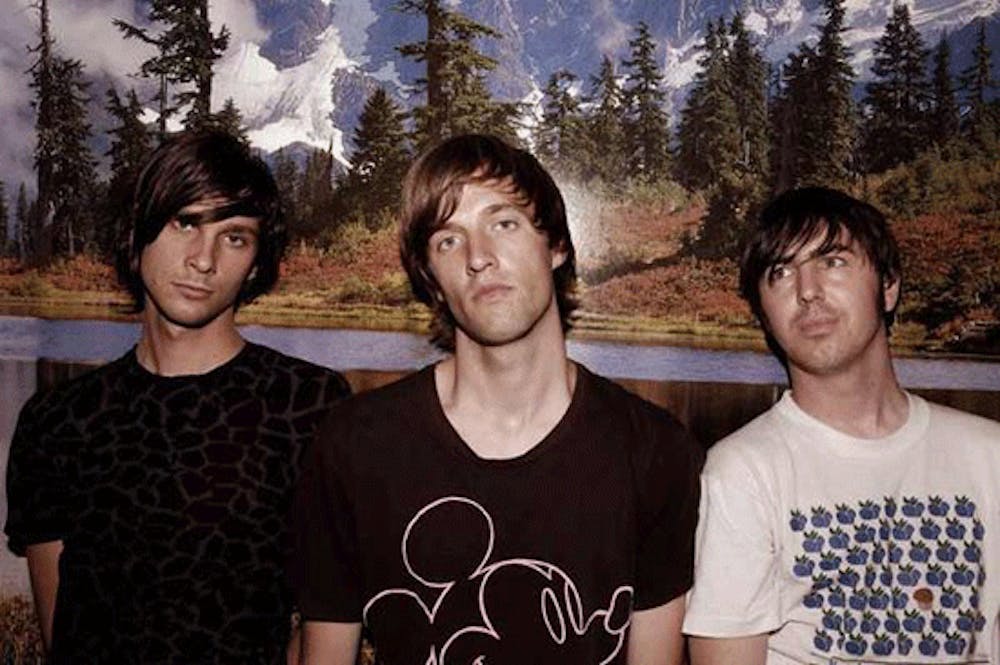 Follow Cut Copy to get alerts about upcoming events and special deals!

At a time where the marriage between dance and rock is neighboring inevitable, Cut Copy walk the line as pioneers of the new sound movement.

Without further ado, here are Cut Copy top 10 tracks of all time:

5. Standing In The Middle Of The Field

6. Nobody Lost, Nobody Found

8. Strangers In The Wind

At a time where the marriage between dance and rock is neighboring inevitable, Cut Copy walk the line as pioneers of the new sound movement. Their 2008 return, In Ghost Colours delivers both timelessness and forward thinking as the trio embarks on the next phase of their acclaimed career. Haunted with machines of the past and sounds of the future, In Ghost Colours inhabits the space in time where trends are irrelevant and 1969 is as important as 2020. Both electronic and organic, Cut Copy have crafted a record filled with glorious sounds and moods, unabashed pop song structures with hooks and melodies for eons. Cut Copy’s 2004 debut Bright Like Neon Love introduced the band as a dance-infused trio whose songs transcended the carbon copy pop makers of modern disco. Bright Like Neon Love produced two groundbreaking singles, “Going Nowhere” and “Saturdays,” which boasted the vision of frontman/Cut Copy creator Dan Whitford and the talents of drummer Mitchell Scott and guitarist Tim Hoey. As the band evolved into an Australian Festival mainstay, they also toured globally with Franz Ferdinand in preparation for their follow up album.

The songs that Cut Copy collected in the period following Bright Like Neon Love arrived as promising bones of a more assured, song-based follow up. This idea was something that appealed to Tim Goldsworthy, DFA’s inhouse producer, programming guru, synth mogul and eventual “muse” for In Ghost Colours. Goldsworthy was enlisted for the project after a series of conversations with the band (admitted DFA fans). The deal was further solidified when frontman Dan Whitford found that he and Goldsworthy shared an equal obsession with ELO’s Time. When it was learned that Goldsworthy dropped out of school to follow My Bloody Valentine around England in the ‘80s and could pinpoint every pedal that was used for every sound on Loveless, the contract was signed in blood. The band traveled to New York in early 2007 to spend six weeks tracking In Ghost Colours at
DFA’s Plantain Studio in the West Village, geeking out on DFA’s collection of vintage analogue equipment.

Upon encountering Goldsworthy’s unorthodox approach to recording, Whitford explains, “A lot of the time it was a matter of listening to where a track was at, then going over and picking up a random piece of gear, or messing around with pedals and filter, and seeing what you could get from it. Whether it ended up in the finished track or not, it was all a part of the process, and it was a fun and experimental one.” The result is a more lyrical, guitar heavy work that pushes Cut Copy forward, while channeling their inner dancey soul. Their download-only single “Hearts On Fire” became the Number One record for 2007 on Australia’s influential radio network JJJ, while the leak track “So Haunted” received tremendous
alternative airplay on Australian radio and garnered praise from popular blogs like Pitchfork and Stereogum. The follow-up single “Lights and Music,” which features hard-hitting remixes by Boys Noize and Superdiscount, is due for release in March.

The progression from Bright Like Neon Love to In Ghost Colours is brazenly apparent from opening track “Feel The Love,” an acoustic guitar led stomp of a space rock tune – instantly unforgettable with recognizable Cut Copy sheen. Where Bright Like Neon Love was charmingly vague and hazy, In Ghost Colours is to the point and efficient in its songcraft, with vocals much more apparent and Whitford’s imprint all over every track. The record is sewn together with passages of plush dreamscapes between the straight out jams. The perfect world of Cut Copy comes from their influences of Sonic Youth, ELO, and Daft Punk, the band with whom Cut
Copy received the privilege to tour in 2007.

As In Ghost Colours is set to become the new club, car, and headphones anthem, Cut Copy are ready – guitars, synths, and microphones ablaze, with a 12-month world tour slated for mid-February through 2009. Their transition from past to present will undoubtedly be a favored one as the Melbourne boys head for the future, setting hearts on fire.