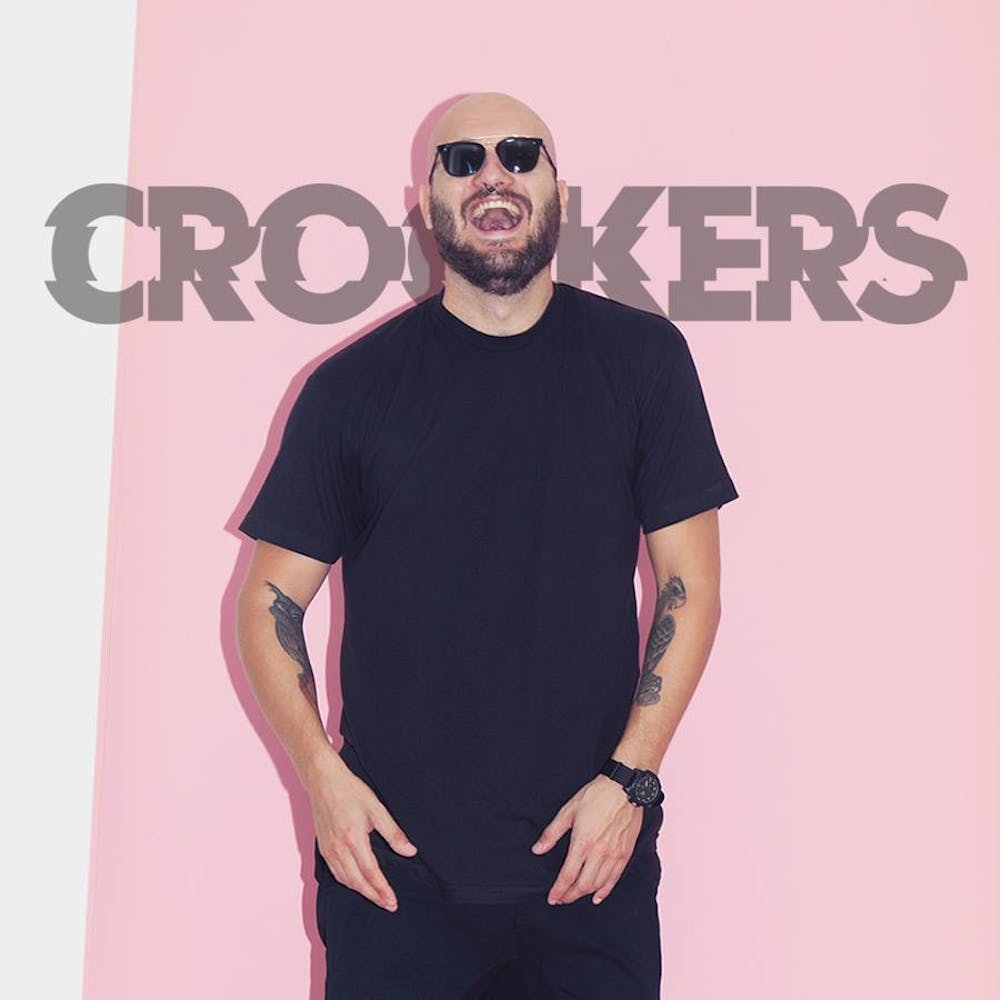 Follow Crookers to get alerts about upcoming events and special deals!

Known for his earth-shaking live performances and cutting-edge albums, Francesco “Phra” Barbaglia has quickly become one of the most prominent djs working today.

Without further ado, here are Crookers top 10 tracks of all time:

Known for his earth-shaking live performances and cutting-edge albums, Francesco “Phra” Barbaglia has quickly become one of the most prominent djs working today. As the founding member of Crookers, he has shown the ability to not only create massive club hits but also a desire to push the genre forward through fearless innovation and a tireless work ethic. With numerous remix credits for artists ranging from the Chemical Bros to Kid Cudi, a recent, highly acclaimed live set at EDC and a new album in the works, Phra has shown no signs of slowing down.

Born in the quiet town of Omegna, Italy, Phra seemed destined to follow in the footsteps of his dentist-father until a family cruise at age 11 exposed him to the world of dj’ing. From that moment on, he was hooked. Initially focusing his attention on hip-hop, Phra began experimenting with his craft while working at a local club just minutes from his parents’ home. It was here that he began honing his sound, blending elements of house, bossa nova, jazz and funk together into mixes that were unlike anything else at the time.

Not content with simply playing what was “safe,” he continued to push the envelope, and it wasn’t long before he achieved his first major success when, in 2008, his remix of Kid Cudi’s “Day ‘N Nite” reached #2 on the UK sales chart. 2010 saw the release of Crookers’ debut album Tons of Friends. Featuring an all-star lineup that included the likes of Miike Snow, Pitbull and Major Lazer, Phra deftly combined elements from a variety of musical genres, receiving widespread praise from fans and critics alike. The 2011 follow up, Dr. Gonzo, proved to be another step forward for Phra, as he once again showcased his ability to produce catchy club beats without compromising his identity as a boundaries-breaking artist. Never one to sit still for very long, Phra has already begun work on his next album, with two tracks set to debut in October ahead of the planned 2014 release date.

When he’s not busy performing for sold out crowds at festivals around the world or working with some of the biggest names in music, Phra splits his time between his two record labels: Lucky Beard and Ciao Recs. Looking for a way to explore the limits of his profession while working with his friends, what started as a passion project has turned into one of the best sources for underground music available. With artists such as Anubi, Digi and Stabber among the current active roster, all signs point to Lucky Beard and Ciao Recs continuing to be industry leaders far into the future.

No upcoming events with Crookers