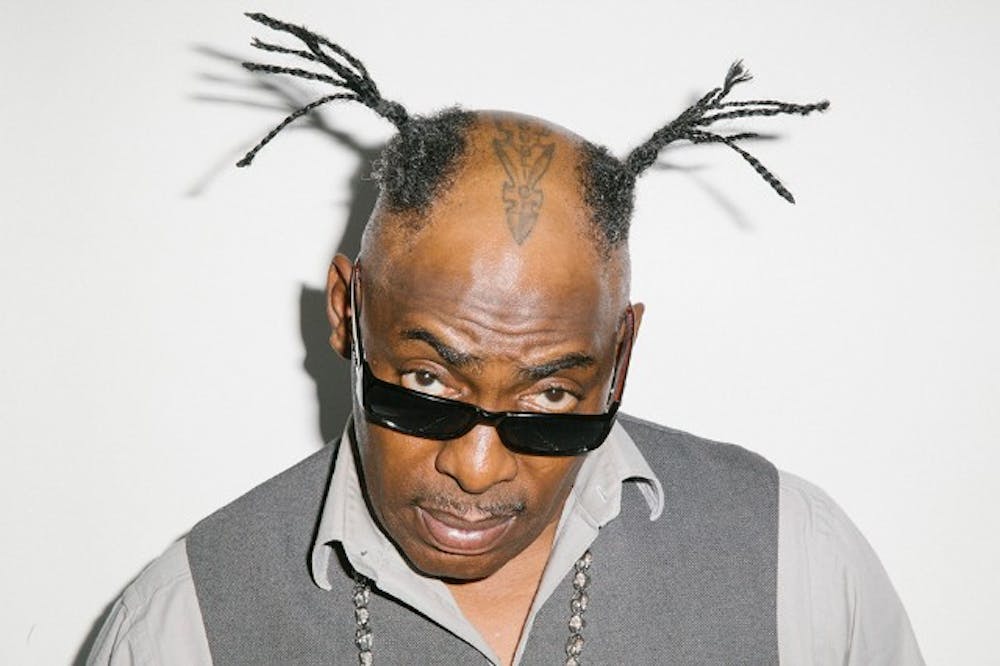 Follow Coolio to get alerts about upcoming events and special deals!

Coolio, the multi-talented Grammy Award winning and multi-platinum selling artists, composer and actor, is one of the most popular and successful Rappers worldwide.

Without further ado, here are Coolio top 10 tracks of all time:

7. The Floor is Lava

9. Rollin' With My Homies

Coolio, the multi-talented Grammy Award winning and multi-platinum selling artists, composer and actor, is one of the most popular and successful Rappers worldwide. To date, Coolio has sold over 30 million records globally and has performed in concerts to adoring fans in Africa, Israel, Russia, Japan, Thailand, Brazil, Australia, and Turkey and throughout Europe. In the diversified hip hop industry, Coolio is one of the few rap artists who has been able to garner mainstream success and critical acclaim. The last Lp entitled “The Return of the Gangsta” was released in August 2006 and Coolio teamed up with long time friend Snoop Dogg for the undeniable hit “Gangsta Walk”. “Return of the Gangsta” sold over 525,000 copies.

On the new album “From the Bottom to the Top” Coolio changed his style and opened up to working with many European and International Dj’s such as Benny Benassi, Ives la rock, and Paul Oakenfold just to name a few. He also got the aide of his nephew Goast Smoke, and his son A.I. who are featured artists on the album as well and are the first two artists on Coolio and Goast’s Super Cool/Goast Entertainment label. The first single is collaboration with Coolio and the Oscar winner “Ennio Morricone” one of the most famous soundtrack composers of the last 50 years.

Coolio won a Grammy Award in 1996 for Best Rap Performance, Solo for his international hit single, “Gangsta’s Paradise” which was also featured on the “Dangerous Minds” soundtrack and movie. The single “Gangsta’s Paradise” was also nominated for a Grammy for Best Song of the Year and it sold over 4 million copies and was Billboard Magazine’s number one single in 1995. Coolio has won an American Music Award, 3 MTV Awards, 2 Nickelodeon Kids Choice Awards and a World Music Award. He has received 6 Grammy Award nominations (1994,1995,1996), 2 Billboard Music Awards(1994,1996), 2 ASCAP Awards(1996, 1997), 3 MTV Video Awards(1996, 1997), 4 American Online Awards(1996) and was the Playboy Music Poll Winner in 1997.

Coolio’s Album “El Cool Magnigico” was released in Europe o Jan 15, 2003 and the featured artists on that album included hip-hop performer Miss Toi, country legend Kenny Rogers, Krazye Bone from Bone thugs n Harmony, B-real of Cypress Hill and Daz Dillinger. Associated Press stated that, “Coolio returns to Hip-Hop with El Cool Magnifico, and every track on the disc is a winner.” The New York Post praised the album and wrote “El Cool Magnifico is excellent from top to bottom”. The album sold over 1.8 million copies worldwide. El Cool Magnifico has ghetto wisdom and a musicality that gives this collection a reach beyond hip-hop. No stranger to the world of Cartoons, Coolio recorded the single and music video “Dexter (what’s his name) for Dexter’s Laboratory: Home Boy genius-The Hip-Hop Experiment. This was a creative and fun album featuring big name hip-hop artists such as De La Soul and Will I Am. The Hip-Hop Experiment album features original songs inspired by Dexter’s Laboratory, the top rated, Emmy nominated Cartoon Network series.

Coolio was immortalized as a Claymation figure in the highly successful “Lipton Brisk” beverage commercials. His character appears with Elvis and the Godfather of Should himself, James Brown in commercial sketch advertising the popular beverage.

Turning to the world of sports, Coolio performed in Concert at the Winter Olympics in Salt Lake City for the athletes, VIP’s and officials the night before opening ceremonies. He also performed at the Ice Village 2 nights later for extreme sports fans with the likes of Common, Erika Byadoo, The Roots, and Twalib Kwali and Most Def. Funny thing here is that coolio enjoys to Snowboard any chance he gets, and that is what turned him on to performing at the Winter Olympic Games in 2002.

Coolio has successfully made the transition from performer to actor and enjoys balancing both professions. He co-stars in the motion picture Retirement with Bill Cobb, Peter Falk, Charlie Murphy and Rip Torn. The film features music from Coolio’s “Return of the Gangsta” album. Coolio has also starred in several HBO films and series as well as having a cameo role in the Batman Film in 1996. His most recent TV accomplishments include his Hit reality TV show on the Oxygen Network “Coolio’s Rules” and his hilariously acclaimed internet cooking show, Cooking with Coolio which has now logged over 4 million hits on the web. Coolio has also recorded songs for several Major Motion pictures including: Space Jam, Clueless, The Big Payback, Panther, New Jersey Drive, The Jerk Boys, Eddie, Half Baked and many more. He also composed the theme song for the popular kids TV series KENAN on nickelodeon.

Coolio is to be recognized as one of the most accomplished and influential Rap Stars of Our time! He is known for being one of the rappers that help cross over hardcore hip-hop into the music mainstream community. He will forever be held as one of the West Coast Greatest and He is truly a Hip Hop Legend!

His book, Cookin' with Coolio: 5 Star Meals at a 1 Star Price is currently available in the US.