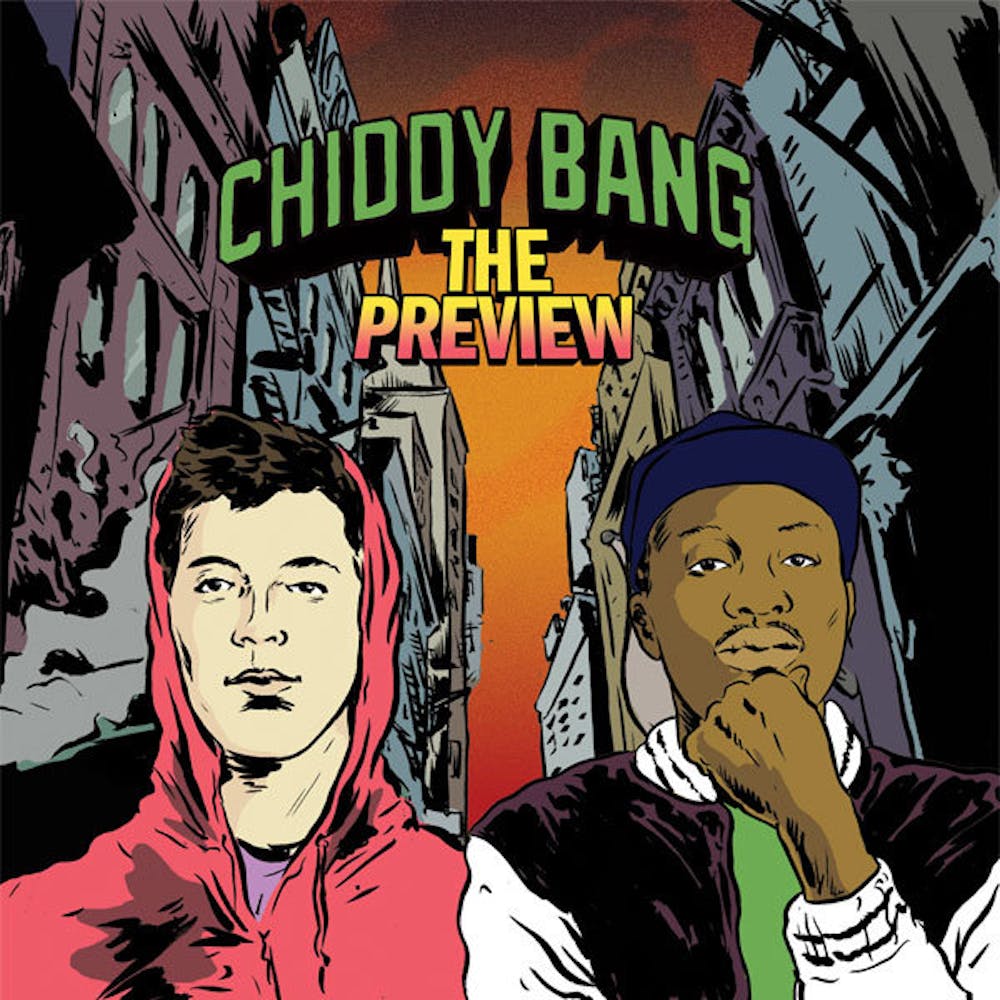 Follow Chiddy Bang to get alerts about upcoming events and special deals!

The notion of "traditional hip hop" has changed forever.

Without further ado, here are Chiddy Bang top 10 tracks of all time:

The notion of "traditional hip hop" has changed forever. Whether you're talking about genre bending projects from superstars like Kanye and Lil Wayne or new artists like Kid Cudi, hip-hop has reached a tipping point and its followers are expanding their horizons.

Chiddy Bang is a Philly based duo comprised of Chiddy (Proto,19, MC) and Xaphoon Jones (Noah, 19, DJ/producer) who combine elements of indie and electronica with some good ole fashioned "spitting". The result has been described by some bloggers as a "hipsters wet dream", but Chiddy Bang prefers to think of themselves as "kings of the basement party jam".

Chiddy Bang’s debut mixtape entitled ‘The Swelly Express’ has received over 100,000 downlaods in a month. ‘The Swelly Express’ is the true story of two college kids (Chiddy and Noah) who rocked some parties at Drexel and quickly gained the attention of the “industry”. The music and lyrics were inspired by many boring trips on the Chinatown bus (they have wifi now) on the way to meet big wigs in NYC. After a bunch of nice dinners and some free drinks for these underage kids, Chiddy Bang decided to make a mixtape.

While Chiddy grew up in the dangerous streets of Newark, NJ that's where the stereotypical rapper story ends. Raised by hard working parents who left the villages of Nigeria in pursuit of the American Dream he saw first hand the value of hard work. Early on, Chiddy used his way with words to create opportunities for himself. In the classroom he excelled and earned a scholarship to the prestigious Northfield Mt. Herman High School whose alumni run the gamut from Diplomats to high profile CEOs. After high school his family relocated to the Philly area. Proto eventually enrolled in Drexel University where he met producer Xaphoon Jones.

Xaphoon's production style stems from his wide array of musical tastes and a true respect for the art form of sampling. As a kid he spend his time running errands in legendary philly studios, picking up tips from the local Jazz legends and sneaking sessions after hours. He became proficient at several instruments but, to quote Chiddy, "really made magic over Logic and Reason"

Sometimes using samples from artists like MGMT (they went to the same school), Passion Pit and even Mary Poppins for inspiration, Chiddy Bang completely alters the tracks turning them into something of their own. While Chiddy's lyrics touch upon some heavy subjects like politics or conflict in Nigera ("Sooner Or Later"), they find balance in feel good jams like the playful "Opposite of Adults”.

As the confinements of urban music become looser and looser Chiddy Bang are out to prove Hip Hop aint dead...it just ain't the same. And maybe that's a good thing.

No upcoming events with Chiddy Bang