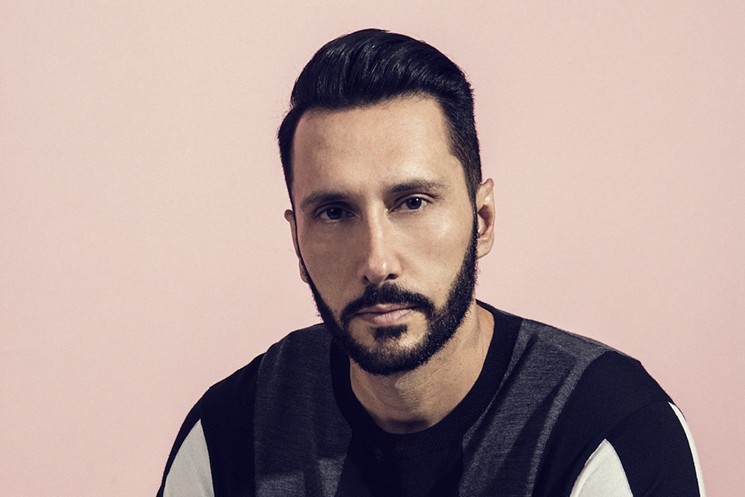 Cedric Gervais has had an extraordinary life.

Without further ado, here are Cedric Gervais top 10 tracks of all time:

8. Turn Your Love Around

Cedric Gervais has had an extraordinary life. As a young teenager, Cedric, who is originally from Marseilles, headed to St Tropez. There he got a summer residency at the famed Papa Gaio club. He was only 14 years old, not even legally old enough to party with the people he played for. This quickly turned into a residency at Paris’ Queen club. Knowing the only path for him was music, Cedric pleaded with his father to take him out of school so he could concentrate on DJing. His father agreed, and, as is customary in France, went to the local courts to put Cedric’s case forward. Then at just 15 years old and not speaking any English he decided Paris wasn’t challenging him enough musically so he packed up and moved to Miami. This was at a time when an exciting movement within the club scene was happening in Miami; Big clubs were opening, the power of residencies were becoming ever more evident, Cedric saw this opportunity and jumped in.

He secured residencies at the best clubs and parties Miami had to offer – Living Room, Nikki Beach, Crobar and Space. During this time it wasn’t just his DJing that excelled but his studio output too. His first big break came in the form of ‘Spirit of my Life’ in 2006; Pete Tong made it an Essential New Tune on his BBC Radio 1 show. Cedric followed with a string of high profile remixes for the likes of Dubfire and more ‘Essential New Tunes’ followed – namely in the form of 2009’s ‘Mauri’s Dream’ and most recently ‘Molly’, of which Madonna is a fan, more on that later.

Two of Cedric’s most high profile club-residencies have been at Liv in Miami and Marquee in Las Vegas. Both of which are now home to his very own SHITSHOW!!! Parties. These events started at Liv and have grown to become a next-level clubbing experience. The ethos is simple, the production and level of effort put into making these parties happen is anything but. Put simply, anything goes at the SHITSHOW!!! events, there is no judgment or rules, only crazy clothes, lights, décor and one of the most up-for-it crowds found in any club globally. Cedric plays all night and the success of these events has meant its expanded from its original home in Miami to incorporate parties in Las Vegas at Marquee…and who knows where it will head this year…

So onto 2012 and Cedric’s latest smash looks set to be his biggest yet. ‘Molly’ is a love story about a girl in the form of a club-smash. Madonna announced the track on stage at Ultra Festival and it became the soundtrack to 2012 WMC, Pete Tong loved it so much he played it 5 times consecutively on air making it his Essential new tune, it then became Radio One’s Scott Mills Record of the week and stayed on its playlist for weeks. It was the Buzz and Cool Cuts Chart Number 1 and recently entered the UK charts at Number 26. The track is getting more and more attention with top radio play and club spins each week all around the world. Whilst Cedric himself is busy considering offers from Hollywood movie directors, touring the planet with ‘Molly’, preparing for his next big SHITSHOW!!! parties and planning one-epic summer season of gigs.

No upcoming events with Cedric Gervais