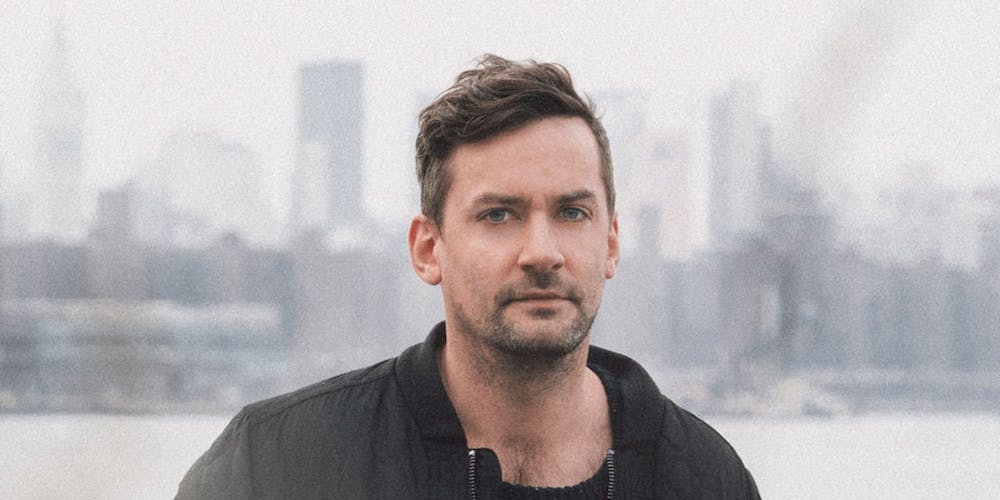 Follow Bonobo to get alerts about upcoming events and special deals!

Simon Green, AKA Bonobo, is an artist very much at the peak of his powers.

Bonobo has performed in venues such as: Space, Avant Gardner (Mirage), The Midway, 45 East, Elements Festival, Elsewhere, Fabric, Flash, The Ground at Space, Outside Lands

Bonobo has played in major festivals like Elements Festival, Outside Lands

Bonobo has upcoming events in Outside Lands, Elements Festival

Without further ado, here are Bonobo top 10 tracks of all time:

Simon Green, AKA Bonobo, is an artist very much at the peak of his powers. His 2013 album ‘The North Borders’ was the high watermark of his career to date: a masterful record, marrying Green's inimitable melodic genius to cutting edge electronics, bass and drums.

An artist that constantly pushes himself outside of his musical comfort zone, Bonobo’s ranging personal tastes and regularly expanding range of synthesizers and instruments continue to take his productions to new levels. This outlook has earned him a reputation as one of the most pioneering figures in electronic music, in both his solo DJ sets and 12-piece live band shows.

All this comes as the result of over ten years hard work, and five albums that have honed Green's skills. A born musician, Green - like many artists - expresses himself most articulately via his music. The result is that his work is always keenly felt, and always feels imperative. There are no wasted moments, and myriad great ones.

It's tempting to relate Green's yearning, emotive aesthetic to his upbringing in rural Hampshire. His move to Brighton is also an influence; his skill at drum programming perhaps harking back to his days DJing and producing in the small, musically fertile town. Under the initial guidance of Tru Thoughts' Rob Luis and at nights such as Phonic:hoop, Bonobo found an early education in music.

His first album - 2000's 'Animal Magic' - was released via Tru Thoughts before being picked up by Ninja Tune. It announced him as a serious talent; able to bring a true musician's edge to electronic music, with all the freedom that skill allowed. His subsequent albums for Ninja, Dial M for Monkey and Days to Come, developed his sensibility, won him fans across the globe, and saw him develop his live show into a mesmeric re-working of his records.

He also worked hard as a DJ, a part of Green's arsenal that perhaps truly came into its own at the same time as 2010’s Black Sands. 2012 saw him take the uptempo, club re-edits of Black Sands from a seminal Boiler Room performance in London to dance floors across the world, and unveil a new light show that further enhanced the impact of these stunning songs. A remix album was released featuring reworkings by fans and peers such as Machinedrum, Floating Points, Mark Pitchard, Lapalux and Falty DL.

Later the same year, he finally settled down in his New York studio to write his fifth album. The North Borders was another long stride forward - both a natural evolution and a continuation of the electronic palette of Black Sands. Thematic, resonant, addictive and perfectly formed, it's a thrillingly coherent statement piece. With vocal features from no less than Erykah Badu, as well as Grey Reverend (Cinematic Orchestra) and Cornelia (Portico Quartet) it's another finely balanced body of work, leaving room for the beautiful, rich productions themselves to breathe and shine.

Bonobo has a long history of unearthing new talent (Andreya Triana, Bajka) and The North Borders saw him do so once again. The startling vocals of new collaborator Szjerdene are sprinkled across the album, and Green has yet again found the perfect voice to express where he's at.

Since the album’s release, Green has gone on to play over 175 shows across three continents and 30 countries, wowing audiences of almost 2 million people with the hypnotic, extended live versions of his songs. He performed sold out shows at The Sydney Opera House and Brixton Academy, and his very own, day long festival at London’s Roundhouse. 2014 saw him and his band play the iconic Coachella festival, Sonar, Glastonbury and many more.  This period of extensive touring came to a breathtaking close with his largest show to date at London’s Alexandra Palace in November. In celebration, Ninja Tune released ‘The North Borders Tour. - Live’ in October. A deluxe release including a live album, hardback book and a DVD of seminal live performances from a truly memorable tour.

It’s a full schedule and then some, but one that’s constantly rewarding for his fans, and perhaps proves that Bonobo is not only one of the world’s hardest working artists in electronic music, but also one of its best.