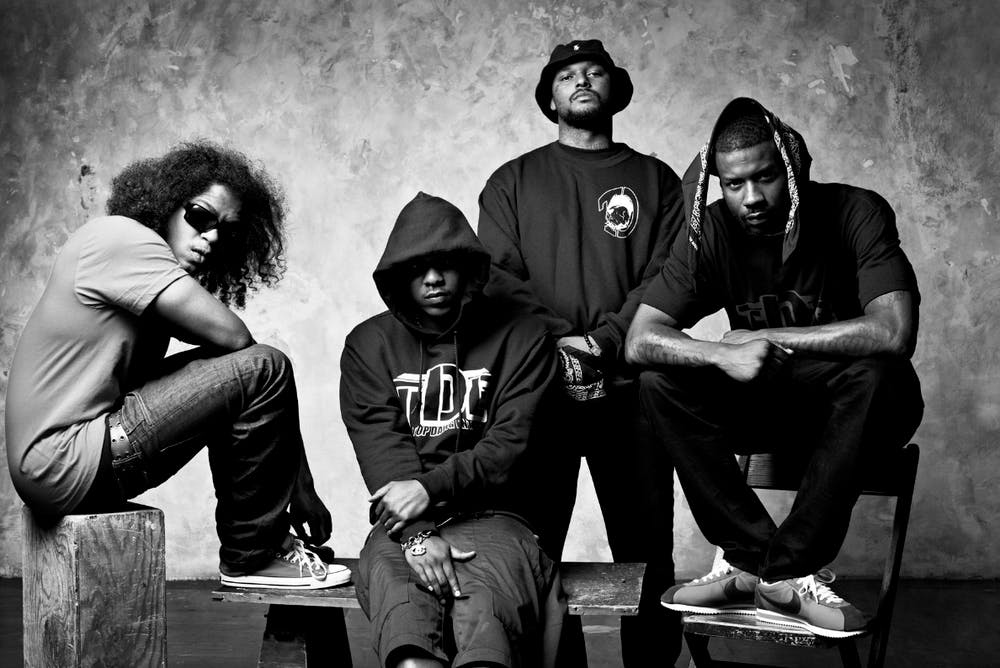 Follow Black Hippy to get alerts about upcoming events and special deals!

Without further ado, here are Black Hippy top 5 tracks of all time:

Black Hippy is an American hip hop group from South Central, Los Angeles, California, formed in 2009. The group is composed of West Coast rappers Ab-Soul, Jay Rock, Kendrick Lamar and Schoolboy Q. Black Hippy was constructed after all of its members were signed to Carson-based independent record label Top Dawg Entertainment. Through Top Dawg, in 2012, the group signed a distribution deal with Interscope Records, owned by Universal Music Group.

Although they have yet to release a full-length project as a group, the members are frequent collaborators, regularly appearing and contributing to each other's respective solo projects, oftentimes not even crediting one another as a featured artist. Lamar had stated that the group will never face demise due to the solidification of each member's career before they release their debut studio album as a whole. Lamar was the first to release his major label debut, with his album good kid, m.A.A.d city. The album was highly acclaimed and was certified Platinum by the RIAA. Schoolboy Q followed shortly after with his release of Oxymoron, which was released on February 25, 2014 and was also met with critical and commercial success.

No upcoming events with Black Hippy