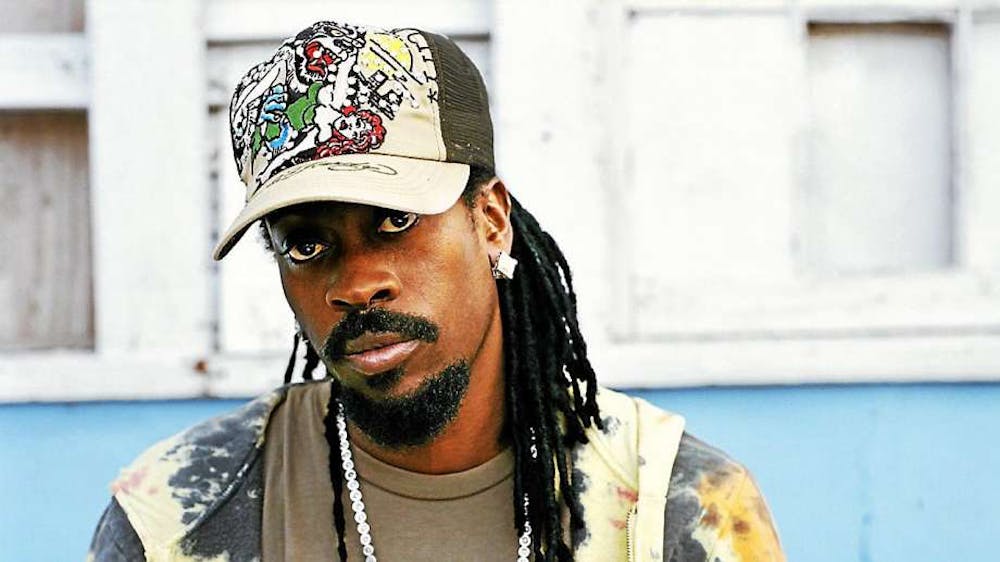 Follow Beenie Man to get alerts about upcoming events and special deals!

When the tiny baby boy echoed his first cry on August 22 in Waterhouse, Kingston Jamaica, it was no ordinary sound but a symbol of great things to come.

Without further ado, here are Beenie Man top 10 tracks of all time:

6. The Voices Of Sweet Jamaica - All Star Remix

9. King Of The Dancehall

When the tiny baby boy echoed his first cry on August 22 in Waterhouse, Kingston Jamaica, it was no ordinary sound but a symbol of great things to come. A revolution was on the verge for the dancehall industry on that day when Moses Davis a.ka. Beenie Man was born. He is the youngest artiste to have ever entered the thriving dancehall business in the early 80’s at the age of 10 and to rock the microphone like any veteran. While ordinary children would be busy playing football, marble games and other childhood indulgences, Beenie Man was having studio sessions and writing songs, this was a clear indication that Beenie man would eventually become a fixture in the entertainment industry.

Beenie Man was soon attending business meetings with record producer Junjo Lawes, who later reordered his first big single “Too Fancy”. Following the debut single, this young star was now in the stardom mode and the inner circle and by 1983, he was djing on various sound systems and appearing on some of the biggest show, working along side the stalwarts in the business. He was recording few songs with Barrington Levy two namely are “Under Mi Sensi” and “Two Sounds” these songs later become popular ghetto anthems especially on sound system that Beenie man was apart of.

In the early 90s the indomitable Beenie Man hooked up with Patrick Robert and formed Shocking Vibes Production along with ex-stable mate Little Lenny and Kirk Davis. Roberts then became the wind in Beenie man’s career and he launched him into more spotlight. Beenie man was now doing a lot of recordings and appearing on several big shows, such as Reggae Sunsplash, Ghetto Splash, Sting, Teen Splash amongst many others. He linked with top producers Sly & Robbie who helped him produced a re make of Bob Marley’s song “No Woman No Cry”.

Beenie Man recorded a slew of hit songs throughout the 90’s that captured the dancehall arena, dancehall fans were busy learning and practicing the new dance move “World Dance”, which was followed by more hit songs such as “Defend It” and “Dis Unu Fi Hear”, “Damsel Ship”, “Suzuki”, “Ole Dawg”, “Slam”, “Ketteh Drum” and many more. His performance in the music industry landed him the title DJ of the year in 1994, the same year that these singles were released. This was a significant year for Beenie Man; he also released his debut album which was titled “Blessed” which included a grip of hit songs.

By now, Beenie man had gone international; his songs were blazing the clubs and radio stations in England. The following year was even bigger and more successful for Beenie Man; he was doing major collaborations with Dennis Brown, Triston Palmer and Mad Cobra. In fact his biggest collaborations for that era were with Lady Saw for the song “Healing” and “Papa Was a Rolling Stone” that he did with Third World. This was another fantastic year for Beenie Man and he was back in line for DJ of the year for the second consecutive time.

1996 gave birth to Beenie Man official album “Maestro”; this was produced by manager Patrick Roberts. This album was very rich in content and featured an array of different songs each with a unique mood. The album was a huge success in Britain and the following year Beenie Man’s collaboration with Chevelle Franklin was climbing the UK charts with his latest single “Who I Am” following rapidly behind. It was not long before the songs took over the number one spot on the UK chart consecutively. While back home in Jamaica, Beenie Man was blazing the charts with his hit songs. Subsequent to Maestro the “many moods of Moses was unleashed which unfolded another chapter in Beenie Man’s life, the album did not fail to entertain with a myriads of songs.

By 1998 Beenie Man was headlining shows and was the most sought after artiste. He headlined Reggae Sunsplash in that year and it was in this very year that he signed his first major record contract with Virgin records out of England. He released his third album “Art & Life” under Virgin Records this album showcased Beenie Man’s musical ingenuity and lyrical depth. In fact it was this album that Beenie Man won his first Grammy. He later worked with superstars like Janet Jackson and Wyclef Jean who were featured on his album “Tropical Storm” in 2002. He then released Back to Basic in 2004 which was hardcore dancehall and in 2005 he released “Undisputed” album that earned him the title King of the Dancehall.

Beenie Man has a number of number one hit singles both locally and international namely sim sima(remix), world dance, slam, (produced by D. Kelly) dancehall queen, dude featuring Ms. Ting, Who Am I, King of The Dance hall to name a few. His contribution to the music industry is immeasurable and his work was recognized in by the University of The West Indies, when they honored him with his doctorial title, hence, “The Doctor”.

Beenie Man is the embodiment of an authentic recording artiste; he can sing dj, dance and is considered a fashion icon. He has a tremendous musical track record that speaks volumes about his character. After over 20 years in the entertainment business, he started as a child and now he is a grown man not any man but the King of The Dancehall.

No upcoming events with Beenie Man