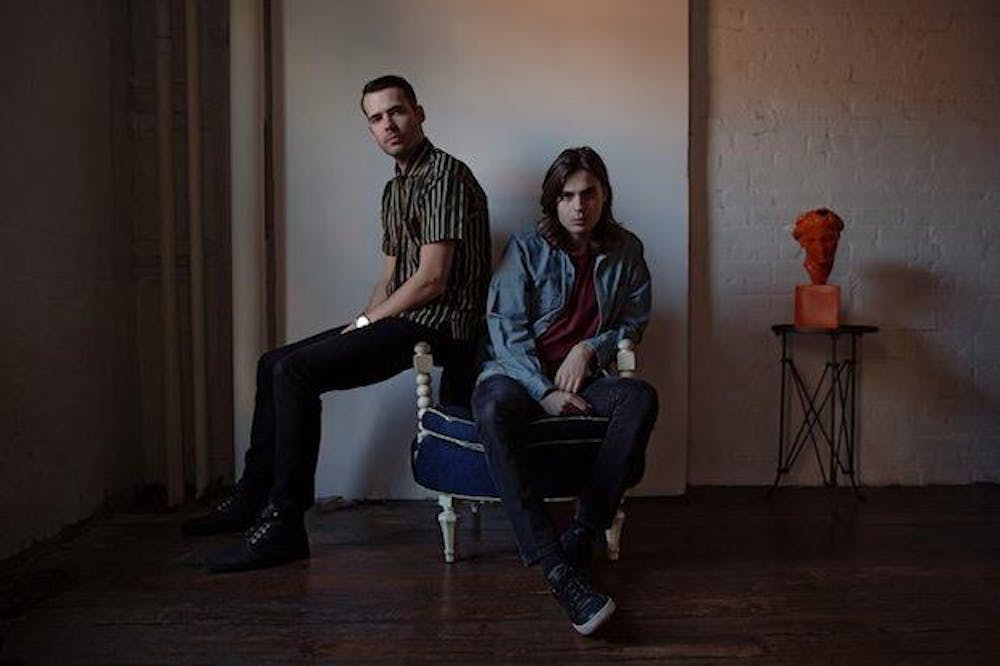 Follow Beacon to get alerts about upcoming events and special deals!

Brooklyn duo Beacon explore the dark side of sweet melody with a sound thats as seductive as it is subtly discomfiting.

Without further ado, here are Beacon top 10 tracks of all time:

Brooklyn duo Beacon explore the dark side of sweet melody with a sound thats as seductive as it is subtly discomfiting. The duo Thomas Mullarney III and Jacob Gossett met at Brooklyn’s Pratt Institute, where they were studying sculpture and painting respectively. They fuse the deceptively sweet melodies of R&B with an intoxicating undercurrent of darkness, drawing on influence as disparate as Warps back catalogue and Underworld.

The duos first release, the No Body EP, consisted of four songs that deftly walked the line between seductive and sinister. The production took as much from electronic music as it did from R&B and hip hop, setting Mullarneys vocals against backdrops that define as much of the songs atmosphere as do the words themselves. That sound was deepened and expanded on 2013s The Ways We Separate, a collection of songs about human relationships set to flickering electronics and driven by Mullarneys soft, aching vocals. Separate was the perfect illustration of Beacons dual nature: electronics pulsed and blinked, but Mullarneys silky, whispering vocals made every song sound like synthetic soul.

Where The Ways We Separate was about space—specifically, the space between people—Escapements

is about time. The title is taken from clock mechanics; escapements are timekeeping regulators designed to transfer energy at a constant pace. “I was attracted to this concept because of the entropy it implies,” Mullarney explains. “Friction and changes in amplitude over time mean every escapement, no matter how well crafted, will lose its accuracy and effectively slow down time via its own decay.”

The songs on Escapements demonstrate a new depth and complexity: “Backbone” is a song that operates in discrete movements—soft dance one moment, haunting elegy the next. The title track lays harplike electronics over a stuttering rhythm track, and “Cure” pops and vibrates endlessly, its jittery and scrambling production the perfect counterpoint to Mullaneys sighing voice. I hope this record proves our restlessness and shows that we really arent content to have only one approach to creating music,” says Mullarney. Gossett agrees. “When you don’t give yourself a specific place to land you never really miss,” he says. “We just tried to trust ourselves and not put limitations on what this record was supposed to be. In that sense, it’s exactly the record we were meant to make.”