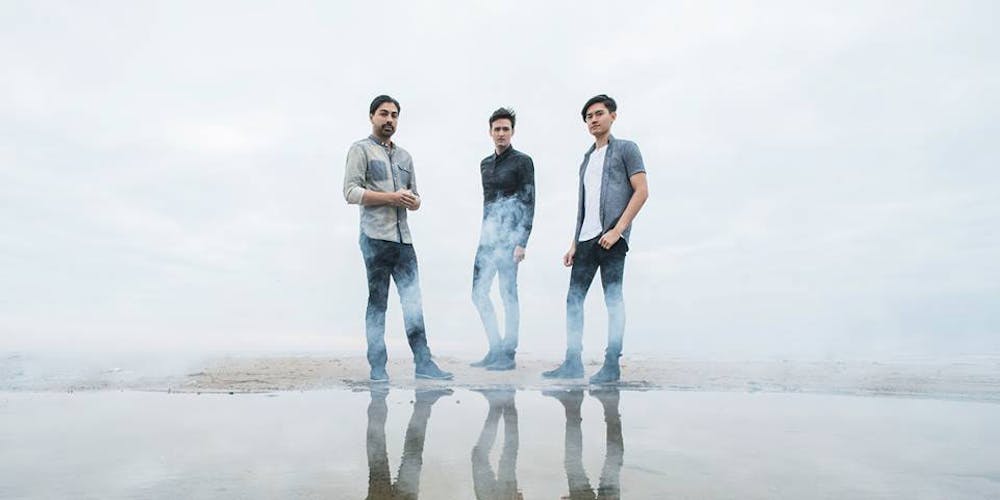 Follow Autograf to get alerts about upcoming events and special deals!

Combining two art students and a derivatives trader into an all-encompassing art project was surely a novel concept.

Without further ado, here are Autograf top 10 tracks of all time:

Combining two art students and a derivatives trader into an all-encompassing art project was surely a novel concept. Autograf -- formed by Jake Carpenter, Louis Kha, and Mikul Wing -- craft a shimmery mix of futuristic electronica with a D.I.Y. ethos that melds the skills from their former day jobs. The trio put their talents together at a gallery exhibition, where Carpenter, a sculptor and painter who worked as a welder in a fabrication factory, and Wing, a street artist, created an installation that included a homemade robot.

As the electronic music scene reached a certain peak in 2015, the group wanted to bring a level of artistry back to the genre. After remixing songs by a string of prominent artists like Lorde, Odesza and Pharrell, they released their first original song, "Dream," a languidly sensual track that recalled their most creative output.

A month later, they dropped the electronic disco "Running," another glittery gem, which featured an original art piece to accompany the release. The third track in as many months, "Metaphysical" again featured Autograf-created mixed media artwork, as well as vocals from sultry alt-R&B singer Janelle Kroll.

In early 2016, the trio released their debut EP, Future Soup. The release coincided with the opening of their Future Factory art space and collective in Chicago, which exhibits works by local artists as well as an 8-foot 700-pound sculpture the band created under the same title as their EP, Future Soup.

Autograf's forward looking philosophy and artistic talents has led them to design their own live show and stage installations, which they hope will revolutionize the world of electronic music.