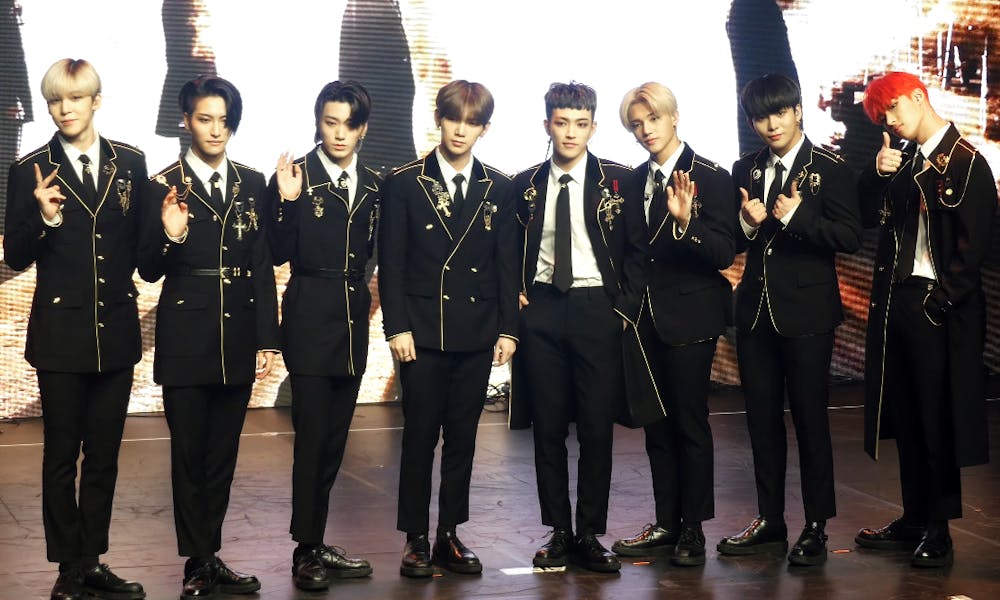 Follow ATEEZ to get alerts about upcoming events and special deals!

Without further ado, here are ATEEZ top 10 tracks of all time:

Ateez ( AY-teez; Hangul: 에이티즈; Japanese: エイティーズ; stylized as ATEEZ), is a South Korean boy group formed by KQ Entertainment. The group consists of eight members: Hongjoong, Seonghwa, Yunho, Yeosang, San, Mingi, Wooyoung, and Jongho. They debuted on October 24, 2018 with the EP Treasure EP.1: All to Zero. As rookies, Ateez were recipients of the Next Generation Award at the 2019 Golden Disc Awards, as well as being named Worldwide Fans' Choice at the 2019 Mnet Asian Music Awards (MAMA). The group was also named "4th Generation Leaders" by the Korean Ministry of Culture, Sports, and Tourism, and are official global ambassadors for Korean culture and tourism.

As of September 2020, the group has released five Korean-language EPs, one full-length album, and two Japanese albums. The releases Treasure EP.Fin: All to Action, Treasure Epilogue: Action to Answer, and Zero: Fever Part.1 have all topped South Korean music charts, and Zero: Fever Part.1 became the group's first album to be certified platinum on the Gaon Albums Chart. To date, the group has sold over one million physical copies of their releases in South Korea.

No upcoming events with ATEEZ