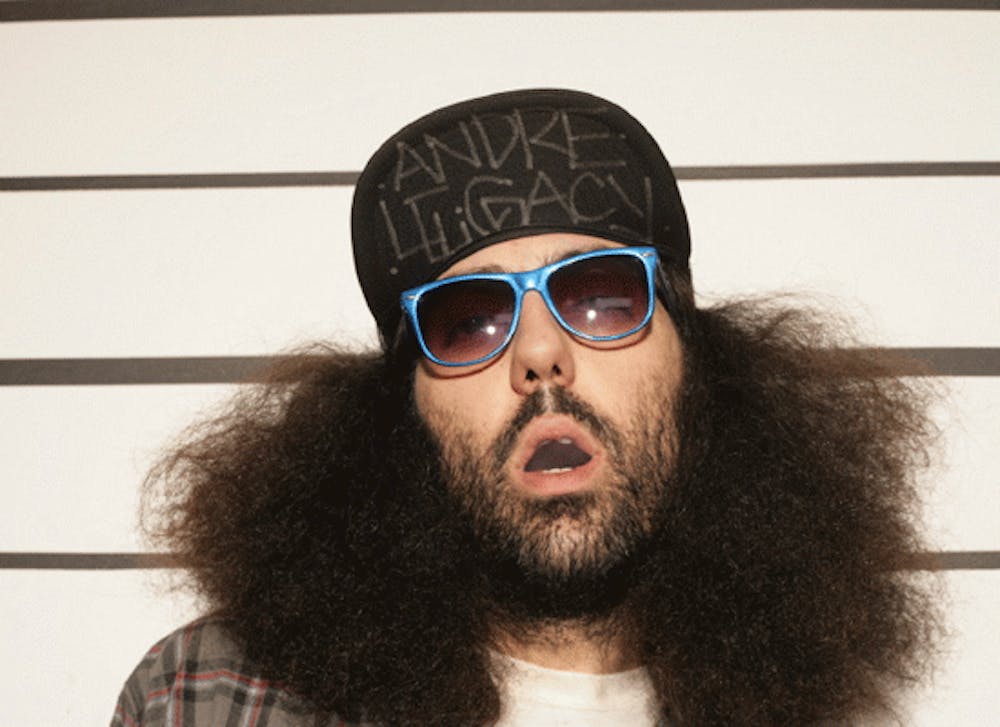 Follow Andre Legacy to get alerts about upcoming events and special deals!

At 6'4 (6'6 with afro), the 1/2 Armenian 1/2 Russian ANDRE LEGACY is a Los Angeles native with roots in its ever evolving hip-hop culture.

Without further ado, here are Andre Legacy top 10 tracks of all time:

At 6'4 (6'6 with afro), the 1/2 Armenian 1/2 Russian ANDRE LEGACY is a Los Angeles native with roots in its ever evolving hip-hop culture. Once known to "underground" aficionados as METFLY, ANDRE LEGACY has re-invented himself today as a voice of the people...the people that like to have a good time. Aside from his solo work, ANDRE is also well known as 1/3 of the notorious DYSLEXIC SPEEDREADERS (also featuring Dirt Nasty & Mickey Avalon). Most people may be familiar with their anthem, "My Dick" of which ANDRE LEGACY is credited for conceptualizing in an Asian massage parlor off of La Brea. With tons of shows under his belt in and around the United States, a growing legion of fans and hundreds of songs in the can, ANDRE will be releasing his debut album (as ANDRE LEGACY) this year on Shoot To Kill Music. Is the world ready for ANDRE LEGACY? If his live shows, catalog of songs and harem of women are any indication, then yes...the world is ready!!! Brace yourselves!!!

No upcoming events with Andre Legacy