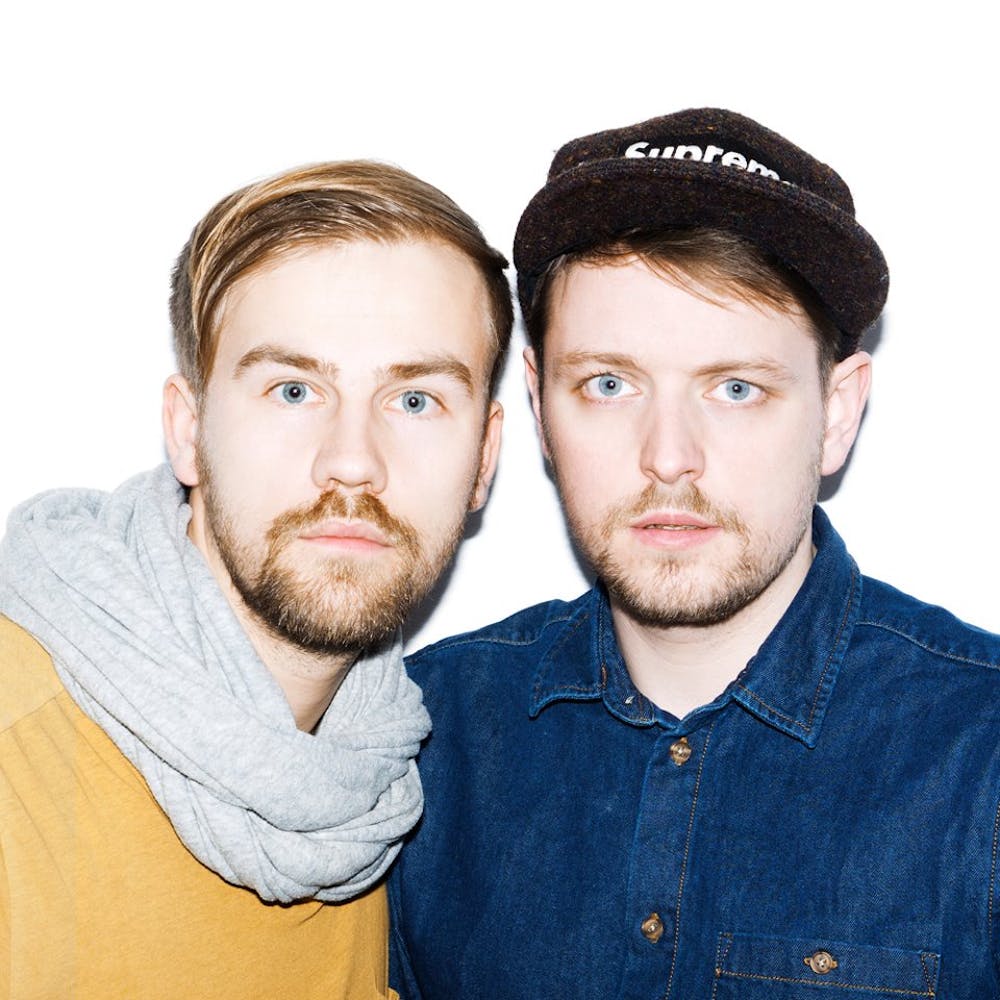 Follow Adana Twins to get alerts about upcoming events and special deals!

Straight outta “Hamburg house city”, Adana Twins helped secure their home’s reputation for deep grooves with a series of early EPs that have made them among the most buzz-worthy acts to emerge from the German media capital.

Without further ado, here are Adana Twins top 10 tracks of all time:

5. Next to Me - Adana Twins 'A Night At Revolver' Version

Straight outta “Hamburg house city”, Adana Twins helped secure their home’s reputation for deep grooves with a series of early EPs that have made them among the most buzz-worthy acts to emerge from the German media capital. Placing repeatedly in the pole position on both Resident Advisor and Beatport charts, the duo of Take It Easy and Friso have found their way into the record bags and Traktor set-ups of the world’s top DJs, while comfortably establishing their own sound where sleek beats and clever sampling are only a small piece of a bigger musical vision that began to form during a previous era.

Formed in 2006, at the height of the French indie-electro takeover, the pair was, like the rest of the world, instantly enamored with the song-filled crossover sound coming from Ed Banger and its affiliates. But unlike many of their peers, Adana Twins soon began to feel exhausted with the harder, stronger, faster ethos that took over the community. Take It Easy, in particular, felt the fatigue, his name in direct conflict with the adrenalized style, as was his youth spent head-nodding to laid-back hip-hop like Black Star and Dilated Peoples. Friso, a follower of techno since the ripe age of 10, also knew of sounds beyond mere analog crunch.

This appreciation for deeper beats soon found its way into the duo’s all-night DJs gigs, which allowed them to buck the trend of the times by playing all styles and tempos. They quickly established a residency at famed Reeperbahn club Baalsaal soon where they could incorporate the full range of dance music over eight to ten hour sets. These popular JEUDI (French for Thursday) nights inspired Take It Easy to launch a label of the same name with Doctor Dru and Davidé, committed to providing music for DJs who, like the Twins themselves, wanted a fun-yet-sophisticated sound that would stand out, even amongst their Hamburg peers. This close knit scene included, not only colleagues like Monte, Davidé, Doctor Dru or Kruse & Nuernberg, but also indie-dance stars Digitalism and Solomon’s Dynamic posse, all of whom collectively pushed Hamburg’s dance scene to new heights while garnering attention beyond the city’s own clubbing community.

Perfectly poised to seize the opportunity, Adana Twins delivered their first hits, “Everyday” and “Strange”, on Exploited in 2012, to a global scene that was ready to look in Hamburg’s direction. The tracks would go international, being played by the likes of A-Trak, Pete Tong, Soul Clap, and Wolf+Lamb to name just a few, and would lead to remix requests for labels such as Get Physical, Noir Records and Kitsune.

The wider attention also sent Adana Twins off on a whirlwind year of touring, manning the decks at renowned venues such as Ushuaia (Ibiza), Cielo (New York), Watergate (Berlin), Warung Beach Club (Brazil) and The Warehouse Project in Manchester, where their hit records caused the crowd to sit-down in respect. They also got their first taste of festival success, offering their sound to an exceptionally appreciative crowd at Loveland and MELT Festival.

Despite the constant globe hopping, the duo took the time to double down on their hometown, launching their bi-monthly “Adana Night” party at Hamburg’s EGO club, where they invite their local crew to come party with the many new musical friends they’ve made on the road.

This expanding scene, which includes many colleagues from the pair’s former careers in design and advertising, forms the nexus of music, art and graphics community that is sure to see Adana’s next step— whether an album, a live show, or something equally exciting—rival that of the Ed Banger heroes who inspired Take It Easy and Friso in the first place.