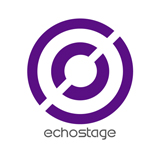 NYE feat. Eric Prydz
Doors open at 8:00 PM
They say that fortune favours the brave. For Eric Prydz, a bold musical agenda and an unrivalled ability to combine commercial success (3 x Top 2 UK hit singles) with underground notoriety (fastest selling release ever on cult download store Beatport), has allowed him to achieve worldwide recognition with his integrity intact. The softly spoken Swede rarely does interviews, never appears in his music videos, and avoids 'artist tweets his breakfast' self-promotion. His refusal to play the media circus stems from the fallout ignited by 'that' video. His first No.1, 'Call On Me', was accompanied by a music promo that he didn't clear, much less approve of. He shied away from the publicity and ensuing success (the Steve Winwood-sampling track he'd made "just for his friends" clocked up over 4 million sales), and retreated into his studio to continue making the dark, brooding electronica he was becoming known for. But, every so often, and always at the time of his choosing, he's emerged with a hit record – three of them and counting. Following his debut for Ministry Of Sound's label, Data, he was the only artist ever to be given the go ahead to sample Pink Floyd. Prydz released the Grammy nominated 'Proper Education', a reworking of Floyd's 'Another Brick In The Wall' that reached No.2 in the UK charts. This time Eric took charge of the music video; the resulting promo and its accompanying environmental theme was hailed by Greenpeace, used as part of their own marketing campaign. He followed this in 2008 with 'Pjanoo'. After becoming Beatport's fastest selling release, the instrumental track was championed by Zane Lowe and Pete Tong, given 4 separate Radio 1 'Record of the Week' accolades and was playlisted by the station seven weeks upfront of its release; it hit No.2 that summer. His next move was typical of his personality. While most artists would have been frogmarched into producing an album and encouraged to run the promotional gauntlet, Eric simply played a handful of gigs, and then went back to his studio to tend to his two record labels, Pryda and Mouseville. It's Pryda and Mouseville that have allowed Prydz to remain something of an enigma while being a household name. Both labels are held in the highest regard by an adoring underground scene, though their releases are made available with scarcely any promotion. Musically, they've become genre-defining stables in their own right, and are two of the most successful and influential dance labels in the world (acknowledged by Beatport as being among their biggest grossing imprints). On Pryda, and under the same alias, Prydz explores his house influences with a plethora of tracks that have become huge club tunes around the globe. Songs like "Aftermath", "Armed", "Muranyi" and "Melo", layer harmonies, melodies and hooks over his unmistakable basslines. His Mouseville imprint has seen Prydz produce under the alias Cirez D, releasing harder and more upfront techno tracks to great acclaim. "On Off", the biggest selling EP from the label epitomises the Mouseville ethos with its succinct nod to the Swedish underground. Eric also created Pryda Friends as an outlet for tracks created by his friends. This has created a number of collaborations, including the inimitable "1983" with Paulo Mojo and "123" with fellow Swedish producer, Axwell. Since his arrival, Eric Prydz has inadvertently broken into uncharted territory for dance music. Festivals, events and venues across the planet have rocked to his performances, safe in the knowledge that they're witnessing something special. In 2011 Eric launched his innovative new show concept , 'EPIC', at London's O2 Academy Brixton to a sell out audience. This special performance featured exclusive cutting edge production, 3D holographic video projection and lighting systems. Coupled with Eric's rousing music it is a ground breaking audio and visual feast. 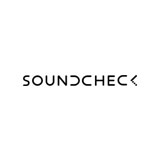 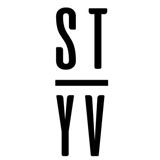 NYE AT STYV || A BEAUTEOUS BALL
Doors open at 9:00 PM
This NYE, Courvoisier Cognac and Effen Vodka invite you to bring in the New Year at our beautiful venue. The Beauteous Ball is a high-end night out in Washington's Dupont Circle. A night of wonder and glam fill our two rooms as we toast champagne at mid-night and celebrate life. There will be Hors d'oeuvres offered from 9pm-11pm, a complimentary champagne toast at midnight, party favors and roaming photographers present. DRESSCODE This is a high-end affair. We ask the women wear evening wear dresses or gowns and men come in blazers. Suits are encouraged. Jeans are ok if worn with a collared shirt and/or blazer. 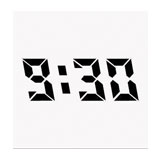 Spoon
Doors open at 9:00 PM
Hot Thoughts, Spoon’s 9th album, is the bravest, most sonically inventive work of their career, though keep in mind, Britt Daniel has already overseen a number of other reincarnations. With all due respect to earlier efforts that have made the band both critically acclaimed and a commercial contender, preconceptions about Spoon are about to be obliterated. That’s not to say Hot Thoughts doesn’t have a requisite supply of infectious earworms — WE DIDN'T SAY THIS WAS A DIFFERENT BAND (though this is the first Spoon album with no acoustic guitar) — but there’s a lyrical bent that’s as carnal as it’s crafty, and a newfound sense of sonic exploration that results in the genre-smasher Spoon have flirted with in the past but not fully consummated. The ten songs on Hot Thoughts run the gamut from the kaleidoscopic opening title track (as tone-setting as say, “Dirty Mind” for the album it commences) through the gargantuan stomp of “Do I Have To Talk You Into It” and ubiquitous wiry hooks of “Can I Sit Next To You" to the bittersweetness of “I Ain’t The One” and the deadpan swing of “Tear It Down” — less the telling of an apocalyptic vision and more what Daniel describes as a song about “empathy for strangers.” Ample recognition should be tossed in the direction of Dave Fridmann, whose wizard-level ingenuity has brought a diabolical sheen to the band’s swagger (there may be many great ways to occupy one’s time in Cassadaga, New York, but we do know that holing up at Fridmann’s studio to make a masterpiece is one of them). Without question, the prior works of Daniel, drummer Jim Eno, bassist Rob Pope and no-longer-a-secret weapon Alex Fischel have scaled some lofty heights (from 1996 debut LP Telephono, 1998’s A Series Of Sneaks, 2001’s Girls Can Tell, 2002’s Kill The Moonlight, 2005’s recently reissued in deluxe 10th anniversary grandeur Gimme Fiction, through the trifecta of U.S. Top 10 albums that was Ga Ga Ga Ga Ga (2007), Transference (2010) and They Want My Soul (2014), you’re talking about a winning streak that’s nothing short of Mayweather-esque), but Hot Thoughts is a daring, futuristic chapter in the Spoon story. Daniel’s spot in the pantheon of rock's genius songwriters was established long ago—but with the crackling, incandescent, multi-dimensional backdrop conjured on Hot Thoughts, the lines between accessible and experimental become non-factors for once and all. It’s pop as high art, delivered with total confidence and focus. 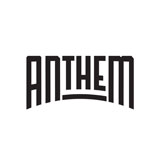 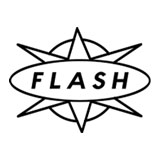