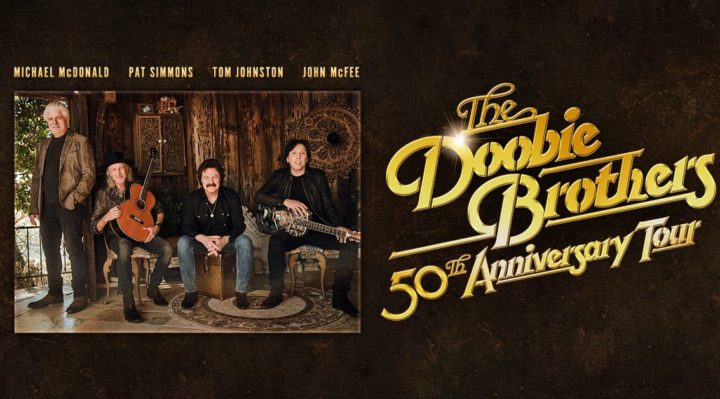 A half century on, The Doobie Brothers are still smoking.

To celebrate 50 years since the band’s formation, founding members Tom Johnston, Michael McDonald, Pat Simmons and John McFee will reunite for a special North American tour in 2021 (the tour was originally set to happen in summer 2020, but has been rescheduled amid the coronavirus pandemic).

Now kicking off in July 2021, the run will mark the first time the foursome will tour together in nearly a quarter century.

"The Doobie Brothers regret to announce that their 50th Anniversary Tour has been rescheduled. This decision has been made with the health and safety of The Doobie Brothers’ fans, crew and local employees in mind," read an official statement. "Unfortunately due to scheduling conflicts, previously-announced dates Mount Pleasant, MI, Sioux City, IA, Boise, ID, Albuquerque, NM, Little Rock, AR, Bossier City, LA, and Memphis, TN have been cancelled."

Check out the complete list of The Doobie Brothers events

Venues Where The Doobie Brothers Will Be Performing