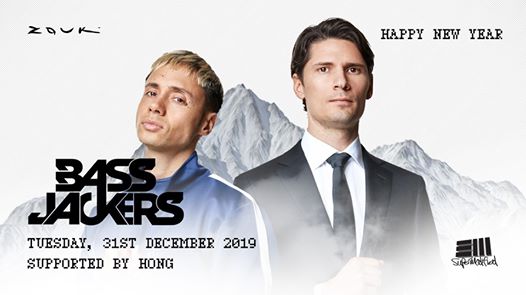 Bassjackers with Jeremy Boon & Hong NYE 2020
Doors open at 10:00 PM
Zouk Winter Wooski feat. Bassjackers with Jeremy Boon & Hong Tuesday, 31st December 2019 (NYE) Zouk Superclub -- Bassjackers exploded into the scene in 2011 with their hit ‘Mush Mush’, which was picked up by Tiësto and released on his label Musical Freedom. The track dominated the Beatport top 10 chart for over two months and was one of the biggest festival tracks of the year. They have since reached new heights with numerous chart-topping bangers and collaborations with the likes of Martin Garrix, Afrojack, KSHMR, Dimitri Vegas & Like Mike, Dyro, R3hab, Snoop Dogg and Showtek, to name a few, as well as remixes for A-list artists including Rihanna, Enrique Iglesias, Moby, and Ne-Yo. -- Admission for non-members — $60 (Ladies & Men) Table reservations — zoukclub@zoukclub.com / WhatsApp +65 9006 8793 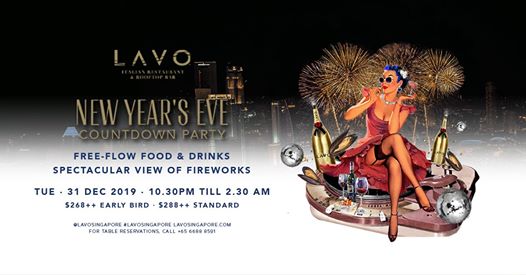 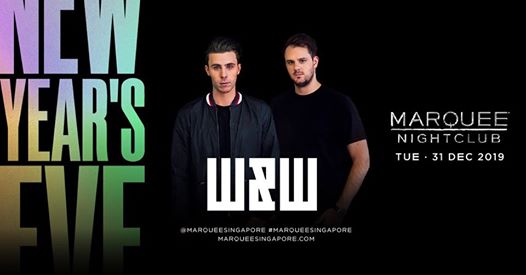 W & W NYE 2020
Doors open at 10:30 PM
***ALL TABLES SOLD OUT.*** MARQUEE SINGAPORE NEW YEAR'S EVE COUNTDOWN PARTY WITH W&W Grab your crew for the most epic countdown party of the year with Dutch DJ & record producer duo, W&W! The pair met in 2007 and quickly gained support from the likes of Tiesto, David Guetta and Armin van Burren, whose radio show A State of Trance, began to regularly feature the duo’s prolific supply of productions and remixes. After producing Trance for five years, W&W founded their own record label called Mainstage Music, and became active in the big room house and progressive house scene. This was followed by the release of their commercial breakthrough "Bigfoot" in 2014. In 2017, they returned to their original trance style with the Nwyr (stylised as NWYR; pronounced "new year") project. Who’s ready to rave and toast to 2020 with us? Limited early bird tickets are available now at www.marqueesingapore.com. Be the first to find out about online tickets, restocks and exclusive meet & greet contests with artists - follow us @MarqueeSingapore and sign up here - http://bit.ly/MarqueeInsiderExclusive *Club rules apply. *Management reserves the right to refuse entry. *Resale tickets will not be entertained. *IDs are required to be presented together with your tickets. *Marquee Singapore is not liable for any purchase of resale tickets. *Entry to the club before 11.30pm is strongly advised on the day of the event. *Entry and re-entry to the club is not guaranteed once the club reaches its capacity. *No re-entry before 3am #MarqueeSingapore