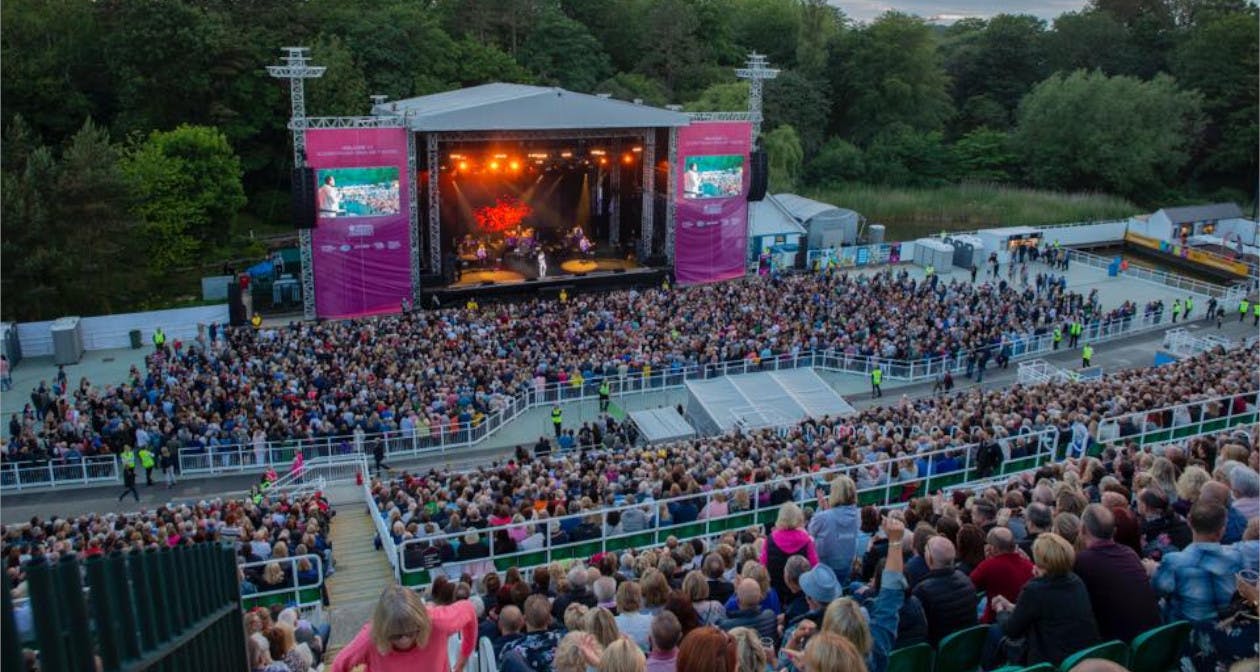 Scarborough’s Open Air Theatre was built by Scarborough Corporation in the 1930’s. The Lord Mayor of London opened the Open Air Theatre in Northstead Manor Gardens in 1932, and audiences flocked to see ‘Merrie England’, the first production to be staged at the outdoor venue.

The theatre underwent a major refurbishment and on 20 May 2010, the newly refurbished Scarborough Open Air Theatre was officially opened by The Queen of the United Kingdom accompanied by the Duke of Edinburgh.