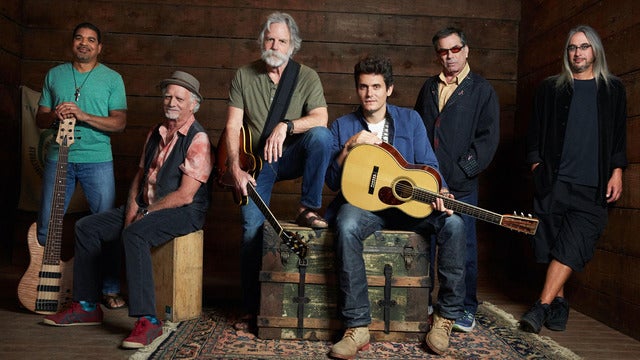 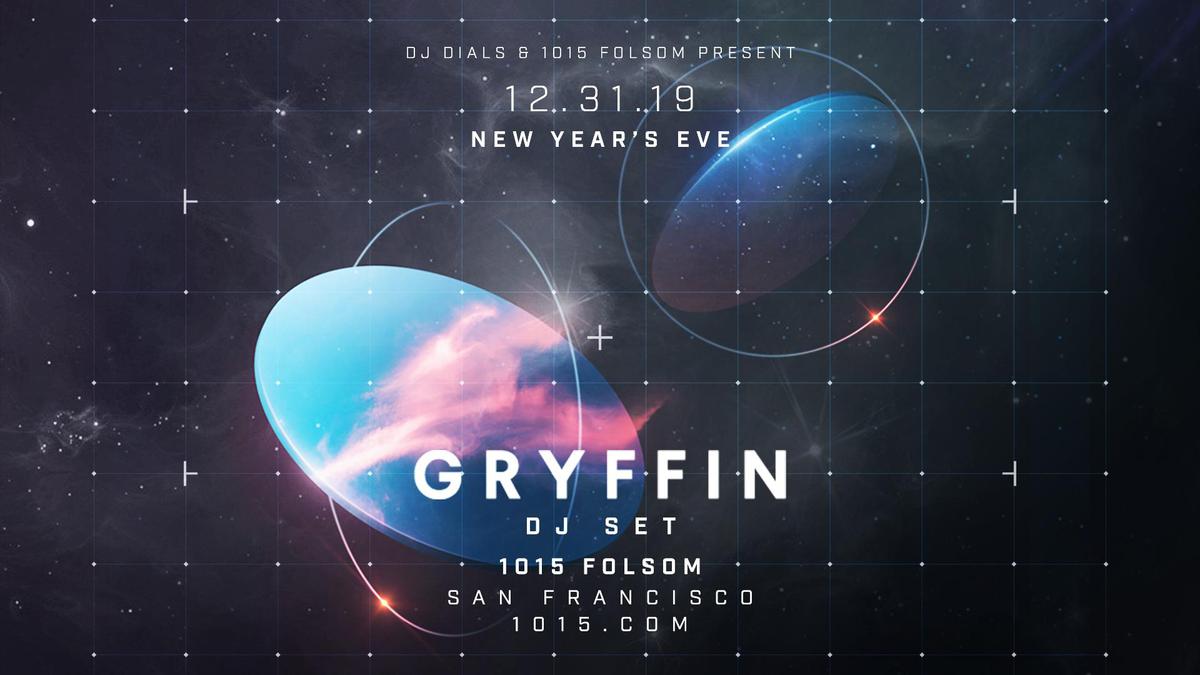 Gryffin NYE 2020
Doors open at 8:00 PM
Join the Waitlist for your LAST chance to score official NYE tickets. DJ Dials & 1015 Folsom present 2020 New Year's Eve GRYFFIN at the All New 1015 Folsom with (5x) Unique Rooms of Music over (3x) Levels Massive 360' NYE Decor Makeover & Balloon Drop Newly Renovated VIP Main Room Booths Party Til 3AM+ December 31st, 209 - NYE -- Doors: 8PM -- Ages 21+ GRYFFIN With his debut single “Heading Home” featuring Josef Salvat, Gryffin introduced the world to his magnetic take on electronic music: infinitely melodic, immaculately composed, massive in emotion. In the three years since that track shot to #1 on Spotify’s US and Global Viral charts, the LA-based producer has pushed his artistry to a bold new level, transcending genre boundaries while drawing larger and larger crowds for his unforgettable multi-instrumental, live show. Now, with his debut album Gravity on the horizon, Gryffin plans to deliver his most fully realized work to date, a sonically adventurous body of work that instantly transports the audience into a universe of his own making. Arriving in December 2018, the first part of the album, Gravity Pt. 1 includes hit singles like “Nobody Compares to You” feat. Katie Pearlman -- a beautifully bittersweet future-bass track that’s amassed over 63 million plays on Spotify. With Pt. 1 also featuring hugely successful singles like “Tie Me Down” feat. Elley Duhé (a #2 hit on Spotify’s US Viral Chart) and “Remember” feat. Zohara (a track that topped Billboard’s Dance Club Songs chart and earned support from Tiesto), Gryffin looks to further broadens his eclectic sound on Gravity Pt. 2. “To me it feels like a bigger version of Pt. 1, with some very left-field indie and dance-music collaborations,” notes the musician otherwise known as Dan Griffith. In the spirit of defying expectations, Gryffin has dramatically expanded the scale of his live show, dreaming up an elaborate set and light design that visually manifests the cosmic themes threaded throughout Gravity. A longtime guitarist and classically trained pianist, he’s now joined onstage by a drummer and guitarist/keyboardist, transforming the most precisely crafted tracks into arena-sized anthems with a thrillingly raw energy. As witnessed on The Gravity Tour -- Gryffin’s biggest North American headlining run so far including a career-defining hometown, sold-out show at Bill Graham Civic Auditorium in San Francisco, with second shows added to several major cities in response to immediately-sold-out dates -- the result is a highly immersive spectacle that’s theatrical yet undeniably intimate, thanks to the pure emotional impact of each song. 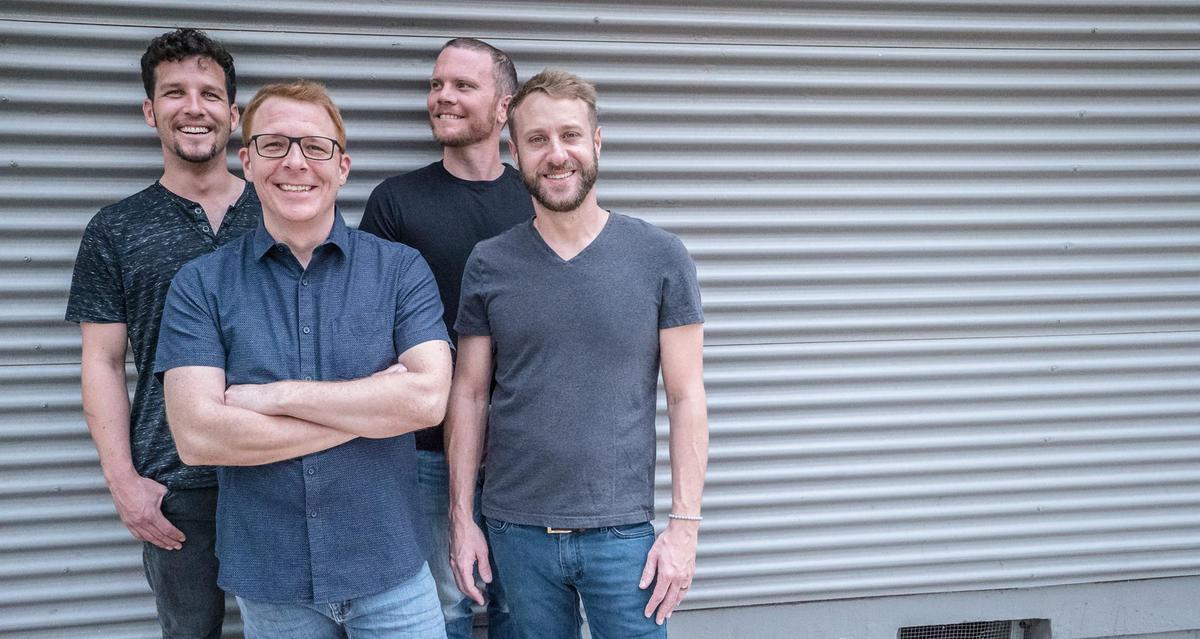 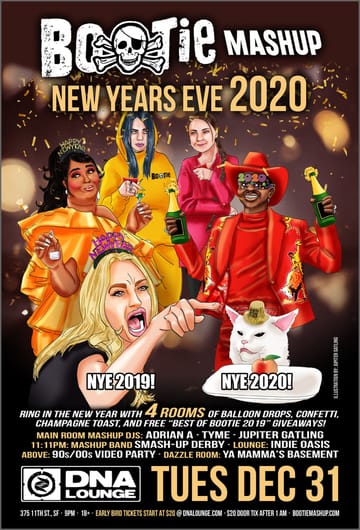 Bootie Mashup: NYE 2020
Doors open at 9:00 PM
Ring in the New Year with FOUR ROOMS of balloons, confetti, champagne toasts, Best of Bootie 2019 giveaways, and more!Bootie Mashup says goodbye to the 20-teens and rings in the new decade with another epic NYE party! Two big balloon drops, confetti, champagne toast at midnight, free Best of Bootie 2019 mixtape CDs, and more, as Bootie's DJ spin the greatest pop mashups of the past year and beyond. House band Smash-Up Derby takes the stage for a live mashup rock show at 11:11 PM, plus there are three other rooms, each with something different! Avoid the attitudes and pretense of other parties, and kick off the 2020s with us at DNA Lounge!►►Now 18+◄◄► Free Best of Bootie 2019 mixtape CD giveaways throughout the night!Spinning the best mashups in the world ever, Bootie Mashup was launched in San Francisco in 2003, shamelessly mixing and matching pop songs both throwback and current. With our creative theme parties and clever mashup formula, Bootie Mashup has been winning numerous nightlife awards in multiple cities for over 16 years. Our fun, danceable song combinations are the soundtrack for the A.D.D. generation. 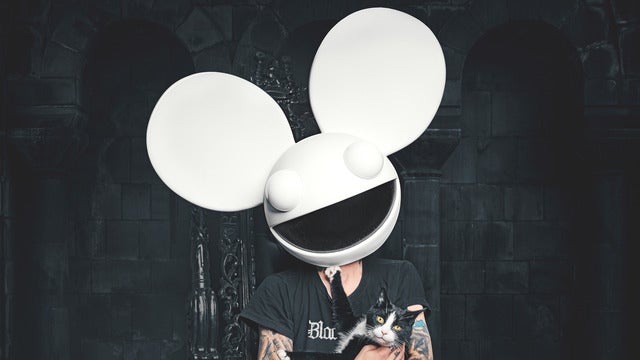 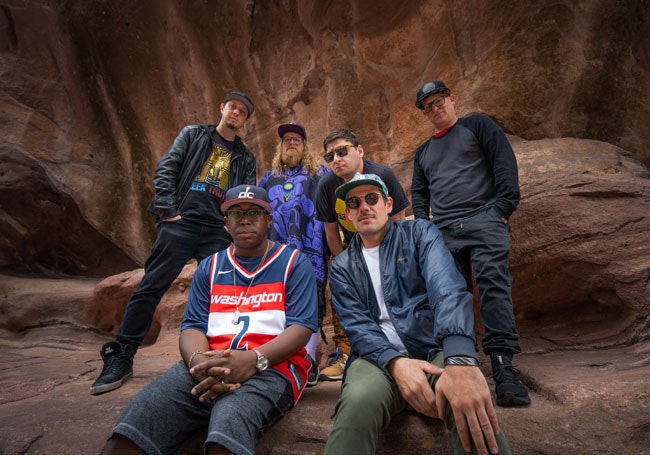 Lettuce NYE 2020
Doors open at 9:00 PM
LETTUCE is (a) the prime ingredient in a salad, (b) a slang for cash, (c) a green herb that can be smoked, (d) a genre-busting six-member funk/jazz/soul/jam/psychedelic/hip-hop/avant-garde/experimental collective formed in 1992 by four alumni of the prestigious Berklee College Of Music, or (e) all of the above. If you answered “e,” then you’re on to the ever-changing musical palette and all-inclusive goals of LETTUCE’s sixth studio album, Elevate, and its ongoing re-interpretation of the band’s name as “Let Us.” In their earliest days as students, they would roam the cities of the Northeast, and implore others to “Let Us play.” Starting with their 2002 debut album, the phrase has been affixed to their first four albums, as in (Let Us) Outta Here (2002), (Let Us) Rage! (2008), (Let Us) Fly! (2012) and (Let Us) Crush (2015). Elevate (2019) is the band’s first studio album since 2016’s Mt. Crushmore and the follow-up to its 2017 live effort, Witches Stew. Recorded at Colorado Sound outside of Denver, near the home of New York transplants and band co-founders, guitarist Adam “Shmeeans” Smirnoff and percussionist Adam Deitch, with legendary engineer Russ Elevado (D’Angelo, The Roots, Erykah Badu), Elevate shows LETTUCE touching on its past while moving full force into the future. The band explores its funk roots in the Tower of Power like punch of “Ready to Live” (the cover of a song by Cold Blood’s Lydia Pense), the Prince-like swagger of “Royal Highness” and the OG blues-soul of “Love Is Too Strong,” while expanded trip-hop sounds of the space age audio-scapes like “Trapezoid,” “Gang 10” and “Purple Cabbage” show the influence of sax player Ryan Zoidis’ Korg X-911 synths and Nigel Hall’s Rhodes keyboards. “This album definitely stretches the boundaries,” says chief composer/percussionist Deitch, whose chance meeting with co-founder “Shmeeans” while 16-year-olds at a summer camp before their freshmen year of college proved momentous. “The idea was to keep exploring the different areas of funk and hip-hop beats, then writing melodies to those songs that made sense.” The more progressive/spacey vibe, with elements of Pink Floyd, the Grateful Dead, Eno and Miles Davis, also comes naturally to the band, according to founding member and bassist Erick “Jesus” Coomes, an Orange County native whose father, Tommy Coomes, is a successful musician with a number of albums to his credit. “We’re big improvisational music and arts fans,” Erick says. “We consider them part of the same world. It’s like painting live with five other people, one arm and a single brush.” Guitarist Shmeeans compares the group’s eclectic, free-wheeling approach to “the modern NBA and its position-less basketball,” Nigel Hall, the band’s resident singer, also takes vocals on the album’s two covers, Tears for Fears’ “Everybody Wants to Rule the World” (one of the album’s two focus tracks, along with “Krewe”) and Lydia Pense’s “Ready to Live.” “As long as you listen, play your part and remember where the ‘one’ is, you can thrive in this band,” says Nigel. Trumpet and horn-player Eric “Benny” Bloom, a Rhode Island native who has been a full-time member of LETTUCE since 2011, notes, “This isn’t just a funk band anymore. We’re playing every style of music in every song. You can’t categorize it. We have the freedom to do whatever we want that’s appropriate for the song.” Much of the futuristic, yet warm and analog feel, of Elevate can be attributed to sax player, Portland, ME native and co-founding member Ryan Zoidis, who continued to explore the limits of his new toy, a vintage Korg X-911 synth. “I was still figuring it out on the last album, trouble-shooting how it would work,” says Ryan. “It’s responsible not just for the ways the band has changed musically, but it’s improved my life in general. It’s great to have have a lot more options with my sound rather than just relying on the one standard timbre of the dry saxophone. There are now a bunch of different voices I can pull up.” He points to “Trapezoid” as a piece for which he recorded himself playing the synth over a click track and then sent to Deitch, who turned it into the song on the album. Other album highlights include Smirnoff’s nod to Carlos Santana and Trey Anastasio on the Latin-flavored and playfully named “Shmink Dabby,” the spaghetti western meets ‘60s Ethiopian funk by way of the French Ethiopiques compilation albums in the focus track, “Krewe” and the Marcus King cameo vocal on the B.B. King/Al Green gospel blues of “Love Is Too Strong.” The latter is reminiscent of other guest appearances in the past by the likes of John Scofield and Fred Wesley on LETTUCE’s debut, Outta Here, or Dwele on Rage! “There’s always something new to be learned as musicians and as people,” adds Shmeeans. “We’re trying to get a little bit better every day.” Says Ryan: “We realize more and more that this band is a gift we’ve been given. Everyone contributes, like a successful sports team. We’ve really become family over the years. We’ve known there was magic in this from the moment we first got together as 16-year-olds.” That magic continues to grow with the band’s new album, a democratic ensemble in which there is no leader, but a complete unit that functions as a single entity, with plenty of moving parts. All together now… Let us Elevate. 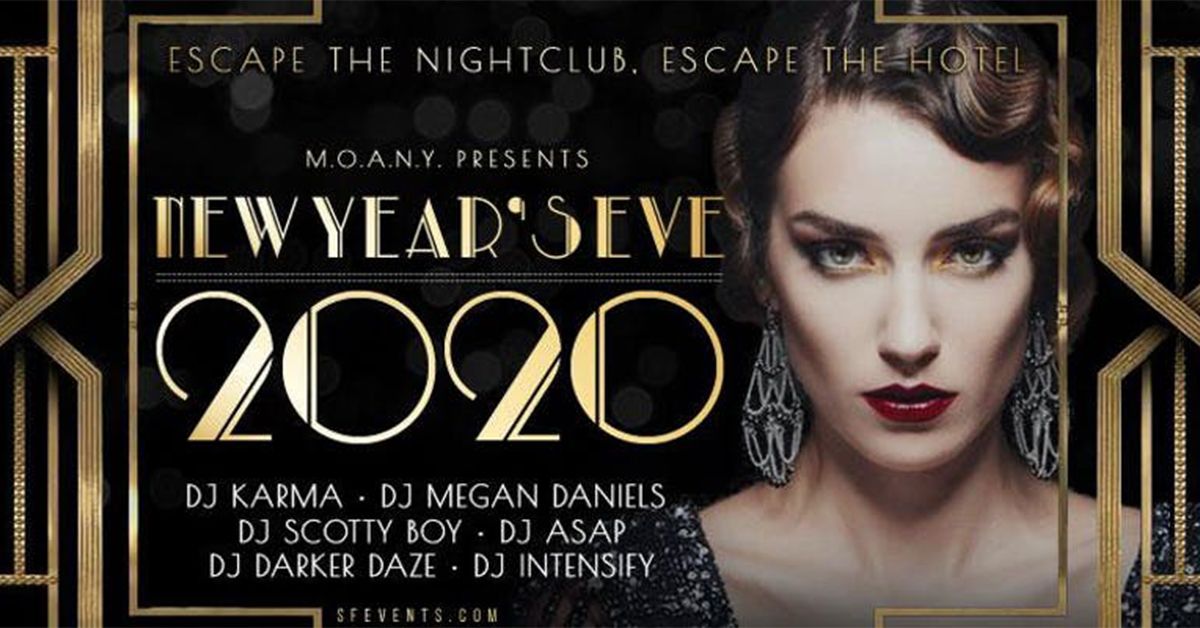 MOANY San Francisco New Year's Eve 2020
Doors open at 9:00 PM
Enhance your New Year’s Eve experience this year and come ring in the new twenties in style! Discover why the MOTHER OF ALL NEW YEARS (MOANY) team proves itself year after year as San Francisco’s premier New Year’s Eve celebration. Embrace the glamour and intrigue of this special night. Over-the-top production, a fun party atmosphere and an element of surprise are the hallmarks of an unforgettable experience that only MOANY San Francisco New Year’s Eve countdown can provide. Attendees can expect curated beats cut with a twist of the unexpected in thrilling performances and state-of-the-art audio and visual experience. The venue is close to numerous hotels, so gather your squad or that special someone and make a night of it as you say farewell (or good riddance) to 2019! Your New Year’s Eve 2020 plans have been officially set! Choose your best sparkly evening attire, and be a part of this massive countdown to a new decade. Join us as we welcome the ’20s in style. 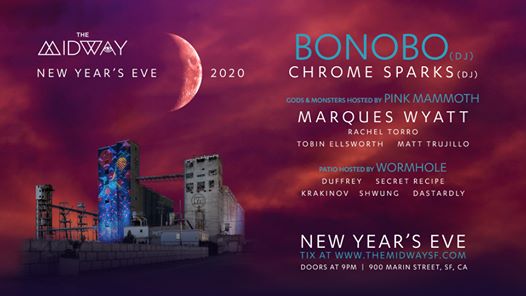 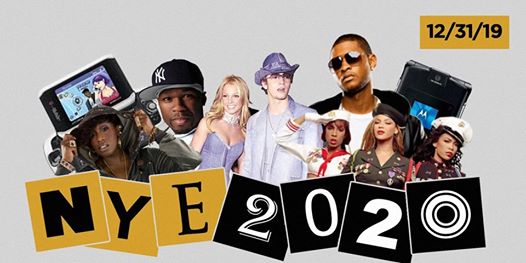 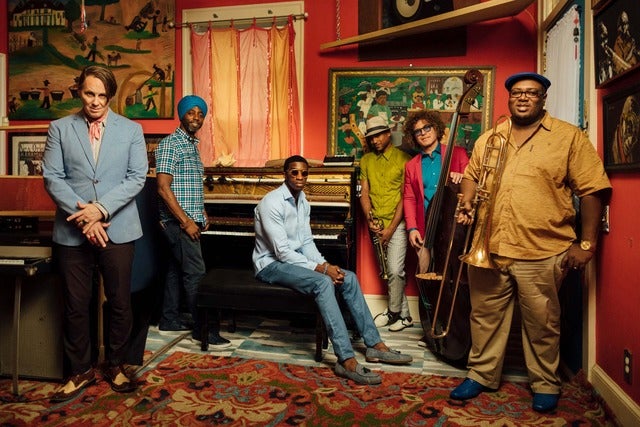 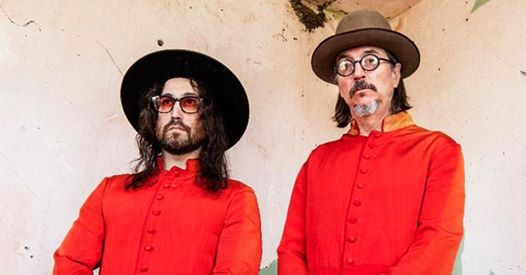