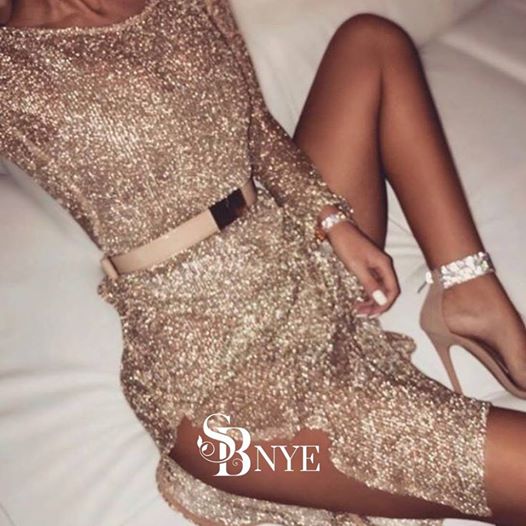 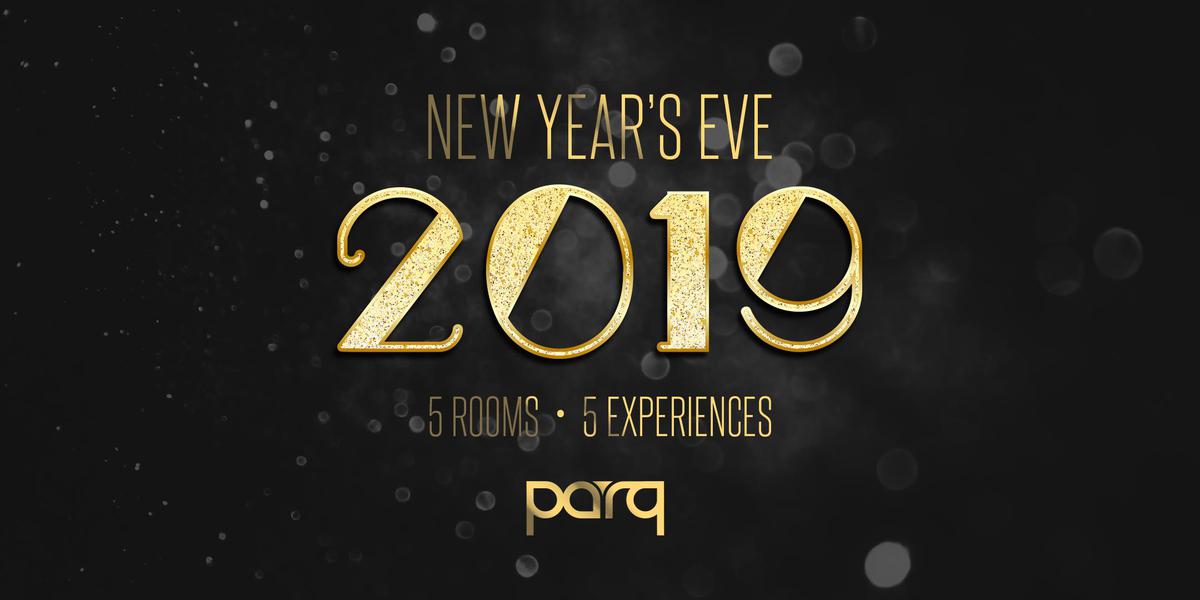 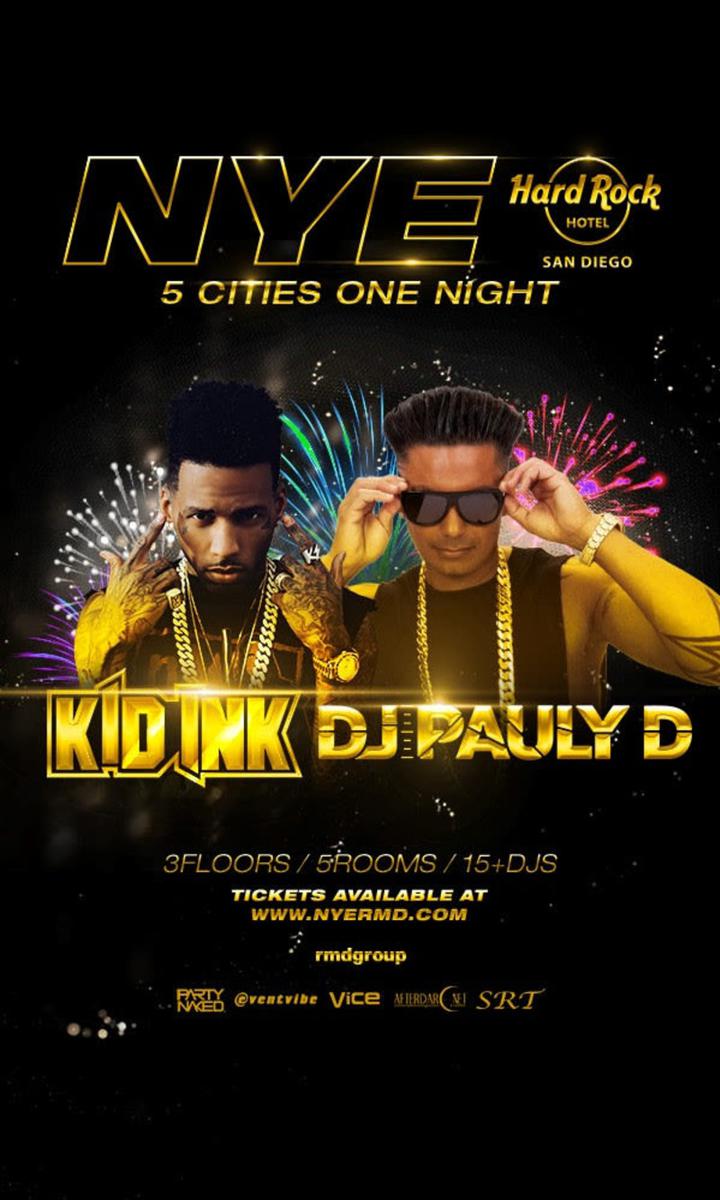 DJ Pauly D & Kid Ink - New Years Eve 2018/2019
Doors open at 9:00 PM
Dance the night away in eight glamorous, grammable rooms across three floors at downtown's hottest NYE soirée. Hard Rock Hotel hosts over 15 DJ's and two headliners that will electrify the dance floor as champagne flows from 25 bars throughout the elaborately decked out hotel. Get your tickets before prices increase, this event will sell out! Headliners: DJ Pauly D and Kid Ink 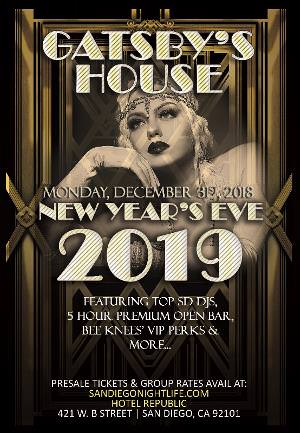 Gatsby's House - NYE 2018/2019
Doors open at 9:00 PM
Join us for the most upscale New Year's Eve Party in San Diego. Countdown 2019 in style at the upscale & trendy Hotel Republic. Here are some of the Highlights: Top San Diego DJs playing the hits: EDM, Top 40, & Open Format Multiple Fully Staffed Bars State of the Art Lighting & Sound Systems Amazing VIP Area with: Private Premium Open Bar Drinks Private DJ Limited Exclusive Access to VIP areas Upgraded Party Favors Complimentary Party Favors for ALL (while supplies last) One Spectacular Countdown Experience! So don't miss out this New Year's Eve at San Diego's premiere countdown experience, Gatsby's House 2019! San Diego, CA. Monday (December 31st, 2018) — Gatsby’s House will be a trip back into the roaring twenties, when women were known as eccentric flappers and men spared no expense to be the big cheese. The Hotel Republis in San Diego is your best option to have the time of your life! Gatsby’s House will feature Top San Diego DJs, will feature Top San Diego DJs, and unforgettable night of musice. From 9:00 pm - 2:00 am Guests will be able to enjoy premium drinks from our fully stocked premium open bar featuring Grey Goose, Johnnie Walker Black, Patron Silver, and more. Each ticket purchase is prepayment for your choice of beverages. This multi-room New Year’s Eve party will have surprises throughout the night and a Champagne toast you won’t forget. DRESS CODE: Dress to impress. Flapper, roaring 20s, zoot suits encouraged. Otherwise, semi-formal and/or cocktail attire required. 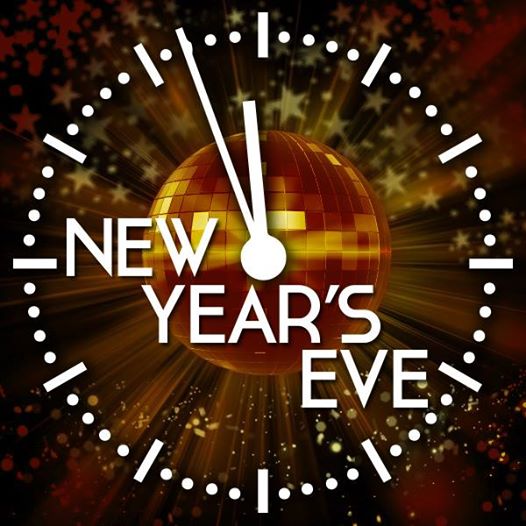 New Years Eve 2018/2019
Doors open at 9:00 PM
This New Year’s Eve, indulge in the chic simplicity of The Rooftop by STK atop San Diego’s luxurious Andaz Hotel. Sip on a festive beverage from the 5-hour premium open bar and get into the party mood with an open format mix of Top 40, Hip-Hop, House, and mash-ups selected by the live DJ. As midnight draws closer, join the DJ in a live countdown to the New Year, complete with complimentary champagne and party favors. Get celeb-worthy perks by opting for VIP packages featuring priority admission, reserved seating, and bottle service. The Rooftop by STK is a stunning rooftop venue topping San Diego’s sophisticated Andaz Hotel. A glass perimeter offers panoramic views of San Diego’s Gaslamp District, while a shimmering pool, rooftop bar, fire pits, and beachy furniture create an understated elegance that takes on a sensual glow in the evening. For an amenities-packed NYE party that exudes the excitement of San Diego’s hottest nightlife, look no further than The Rooftop by STK at the Andaz Hotel. 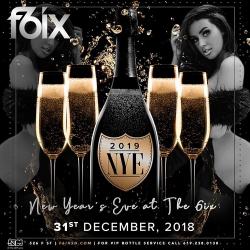 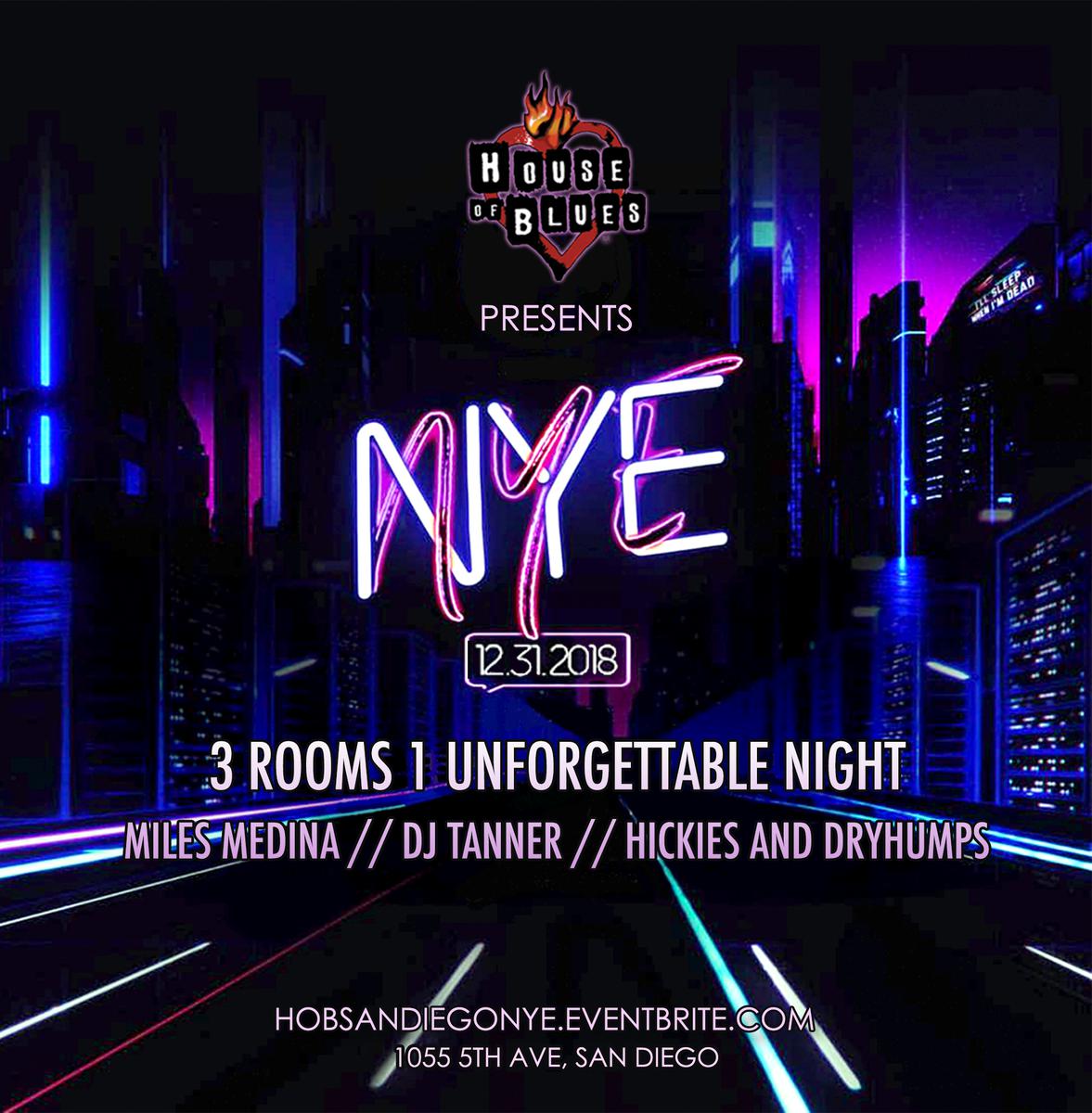 NYE 2019 with Miles Medina & Friends
Doors open at 9:00 PM
Discount Code: DISCOTECH Victory Nightlife has been San Diego's premier multi-faceted events company uniting the music, dance, and lifestyle scenes for over 12 years. The nightlife veterans transform San Diego's favorite concert venue into a one-of-a-kind club experience for New Year's Eve with their renowned party at the House of Blues San Diego for the twelfth year in a row! This party features 3-different rooms with different DJ's to bring you a New Year's Eve experience that you will never forget! 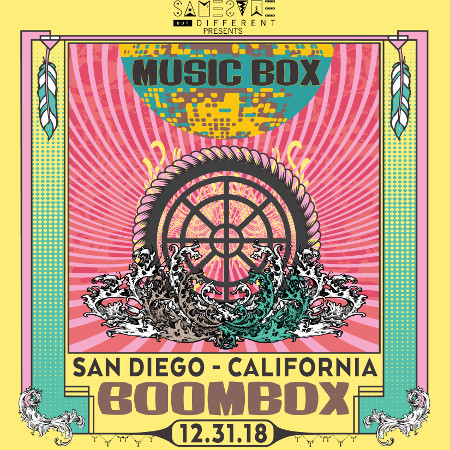 Boombox - NYE 2018/2019
Doors open at 10:00 PM
Come celebrate the new year with us and BoomBox! BoomBox is known for fusing a funky strut with electronic energy and danceable swagger which results in a perfect mixture of house, blues, funk, rock, and soul. 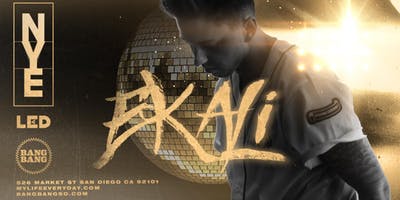 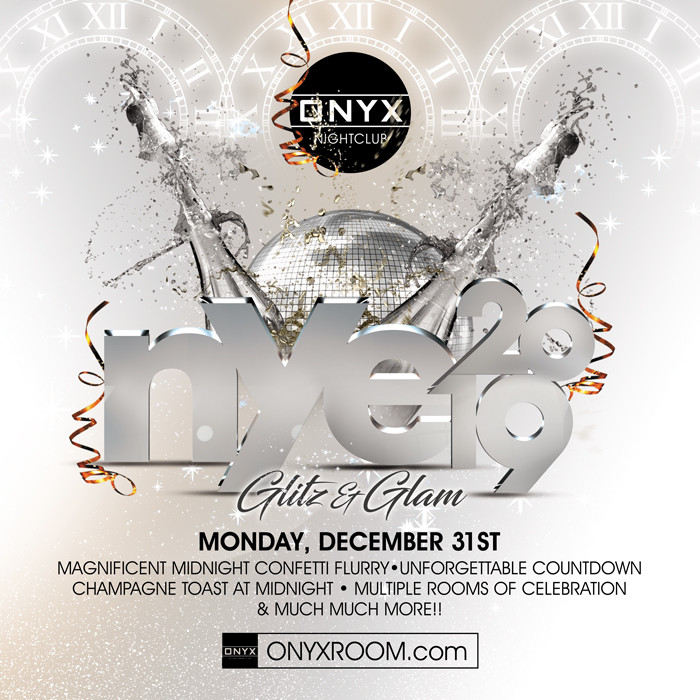 Extravaganza - NYE 2018/2019
Doors open at 10:00 PM
Ready for champagne! A spectacular countdown into 2019! Onyx Room's Annual NYE Extravaganza? Let's bring in 2018 with style! Put it this way - we have captured something special, attracting open minded, up-for-anything and above all, an incredibly friendly crowd. NYE will be no different! Join Onyx Room as we say good-bye to 2018 and bring in 2019. Only once a year do you get to celebrate a fresh start with the rest of the world, it should be one for the books. Enjoy an extravagant night, as Onyx Room, San Diego's hottest nightclub, hosts its Annual New Year's Eve Extravaganza. We'll be transforming 3 party rooms into the most entertaining experiences New Years has ever brought to the Gaslamp Quarter. You're in for a night of brilliance. Who doesn't want to feel spoiled bringing when the new year? Plan well, get dressed EARLY and make it downtown by  8pm for our VIP Reception with hosted champagne and hosted hors D'oeuvres. Grab your NYE party favors upon your early arrival. When the clock is about to hit midnight enjoy a marvelous countdown followed by an astounding sky of confetti, trailed with champagne showers and good wishes. To add to the celebratory insanity, Onyx is just about the ONLY party that will be going until 3 AM! That's right, 8 hours of non-stop music and non-stop partying. Onyx will have three parties going at once! The 1st extravagant dance floor will have a special set mixing the Top 40 hits, Party Rock, and Hip-hop. Make your way down to the 2nd incredible room for a high energy latin dance experience mixing some Latin hits with that Open Format fun. Lastly, the 3rd remarkable room will have everything tropical rhythms, only the best Banda, Merengue, and Salsa to have you dancing uncontrollably the entire night. Cheers to a New Year! 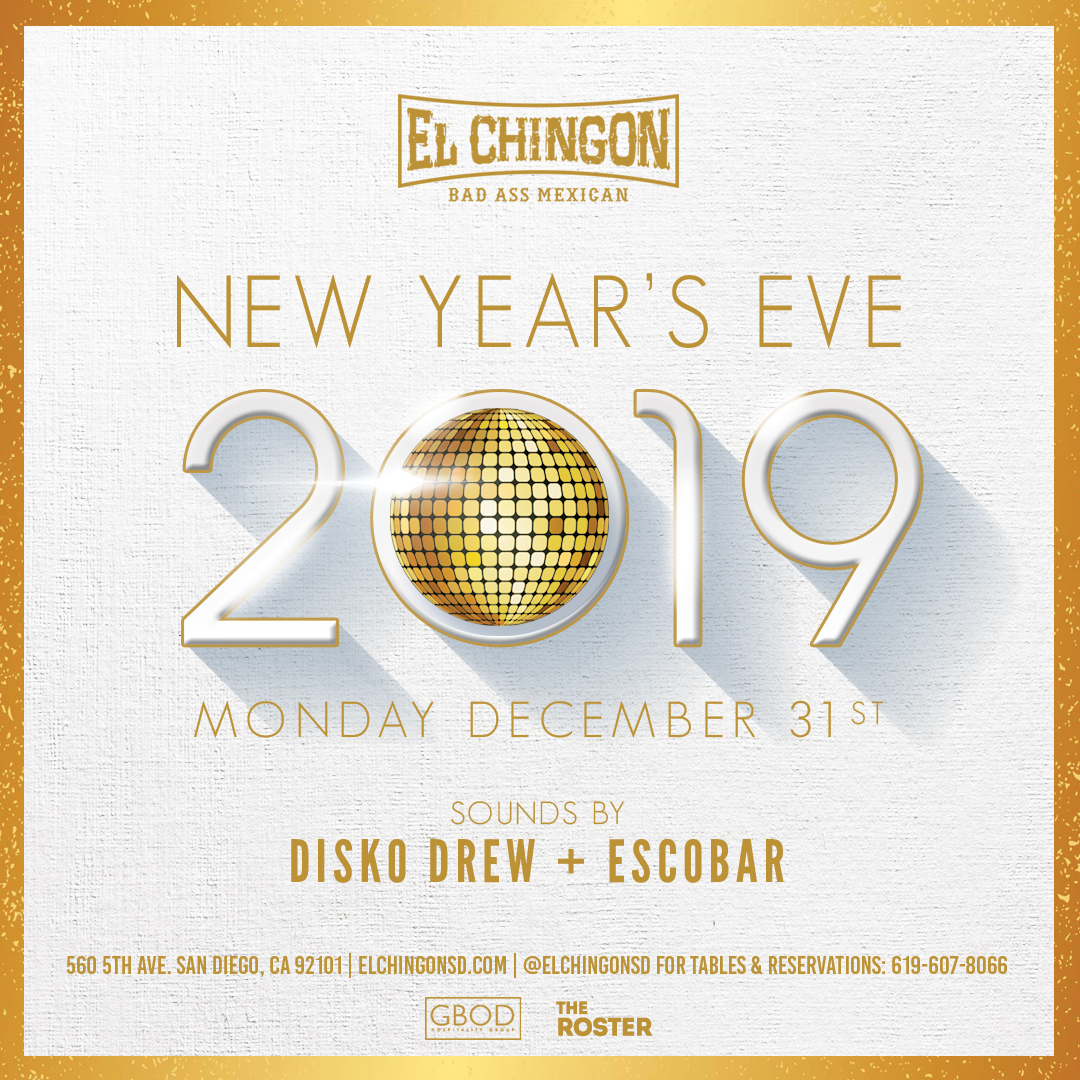 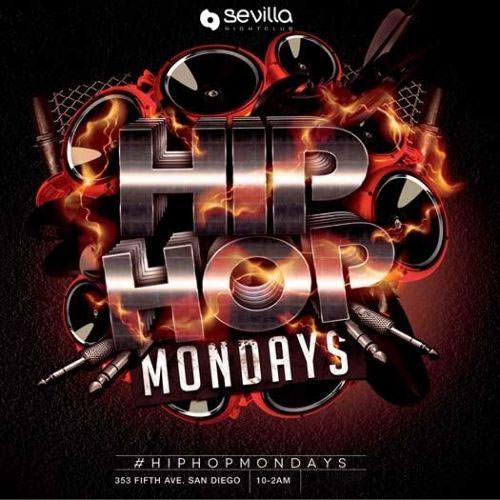 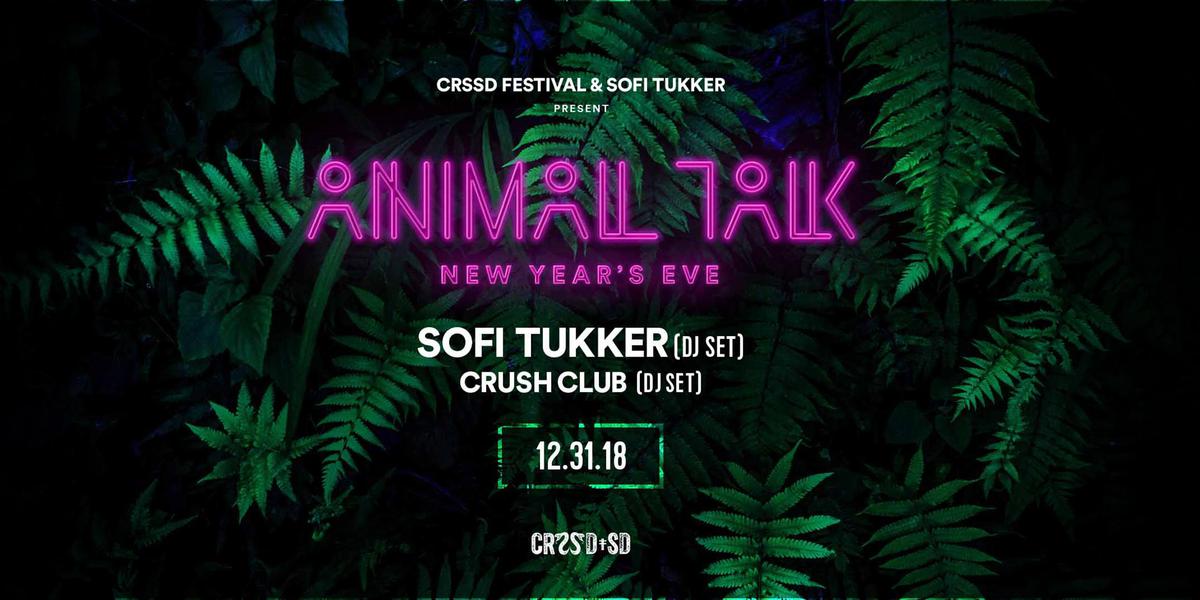 Sofi Tukker Animal Talk - NYE 2018/2019
Doors open at 10:00 PM
CRSSD festival x FNGRS CRSSD present: SOFI TUKKER (Hybrid DJ Set) Crush Club (DJ Set) Tickets: http://bit.ly/2SxFQNJ SOFI TUKKER New York-based duo Sofi Tukker craft throbbing '90s house-inspired jungle pop that resulted in a Grammy nomination before they even released a full-length album. The pair -- Sophie Hawley-Weld and Tucker Halpern -- met in Providence, Rhode Island while attending Brown University. Soon after, the solo artists joined forces and composed their first song, "Drinkee," which would become an international hit. Streamed over 30 million times and charting in multiple countries, "Drinkee" went on to receive a Grammy nomination in 2017. The track featured lyrics adapted from a Brazilian poem and was sung in Portuguese (which Hawley-Weld studied in college), adding to its global appeal. "Drinkee" appeared on the pair's 2016 debut EP, Soft Animals. The following year, they issued the collaborative single "Best Friend" featuring NERVO, the Knocks, and Japanese vocalist Alisa Ueno. The track gained traction after appearing in a smartphone commercial and topped dance charts in the U.S., Belgium, and the Netherlands. They followed with "Baby I'm a Queen," "Batshit," and "That's It (I'm Crazy)," which all appeared on their debut LP, Treehouse, released in spring 2018. ~ Neil Z. Yeung, Rovi Website: www.sofitukker.com Crush Club Your instincts are good. Your body works. Everything has led to this moment. The crowd goes silent with anticipation. The sweat is in your eyes, fire in your chest. Everyone hears the call (cue Crush Club horn theme). The next move will define you. Your eyes meet his and it begins... Crush Club is from NYC and sounds like it. Using the power of Funk, House, and Latin style percussion, the group commands you to be bold, sexy and reckless.