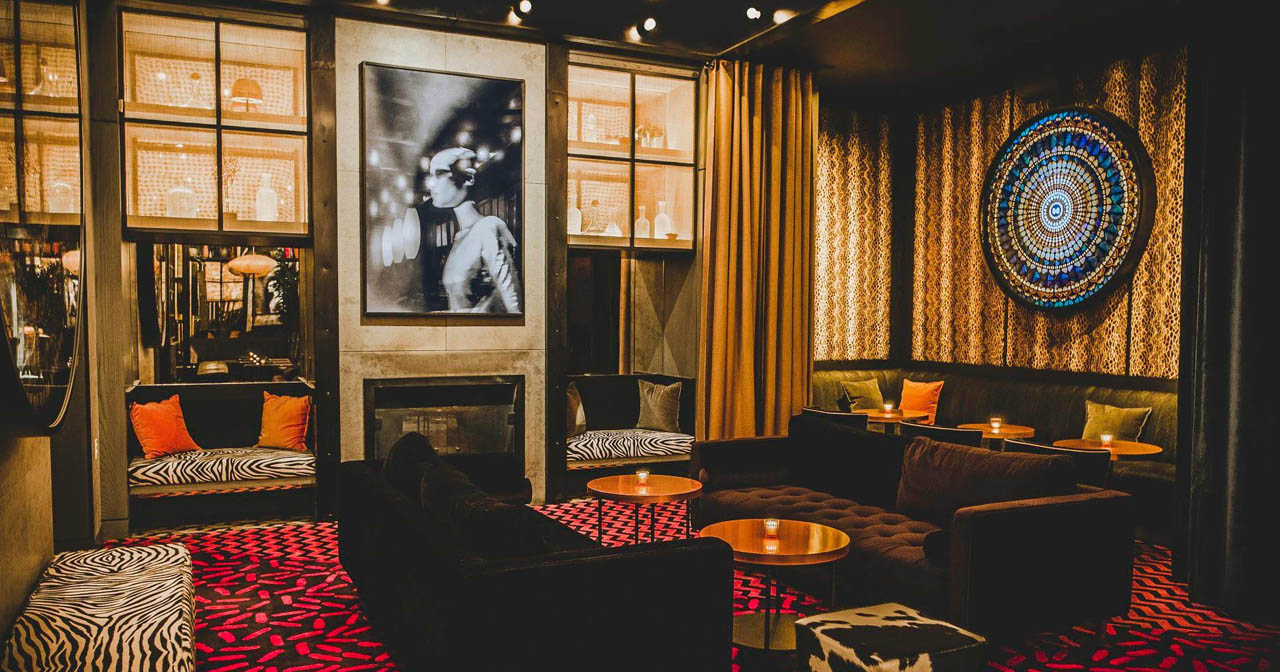 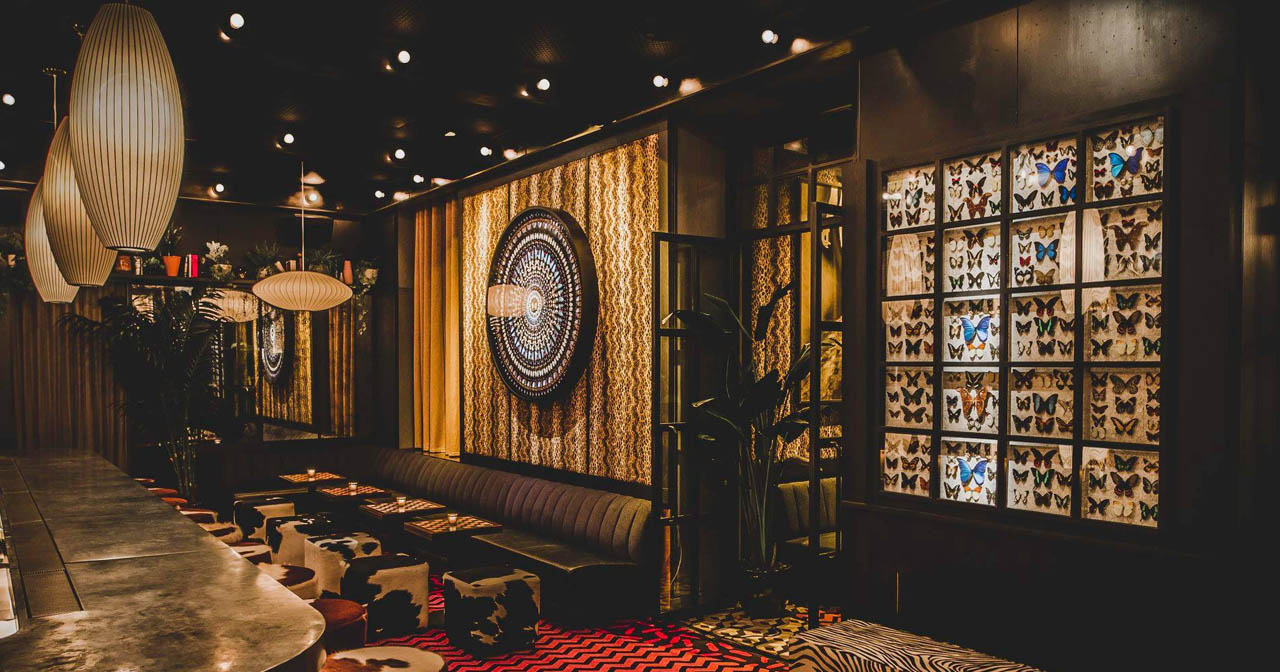 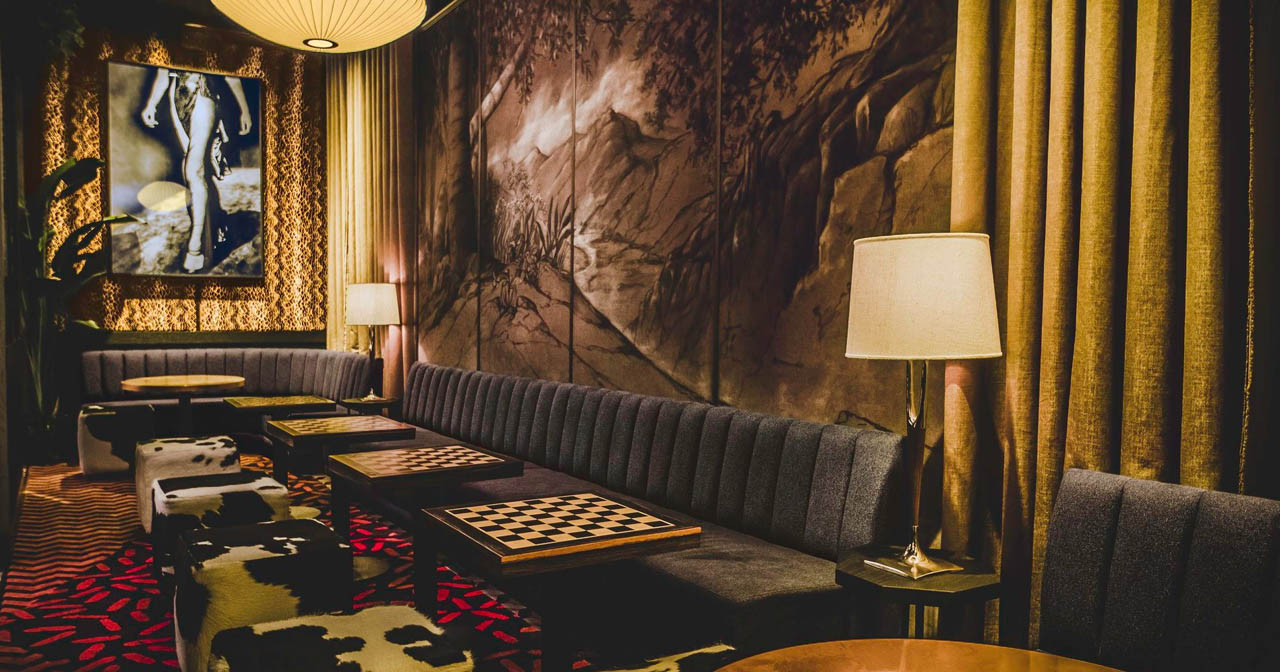 Butterfly is an intimate bar and lounge by John McDonald (Mercer Street Hospitality) and Nur Khan (former Rose Bar and Electric Room). Designed by Jason Volenec and featuring original artwork by Damien Hirst and Sante D’Orazio, the bar is located on the second floor of Sixty Soho (60 Thompson Street) and is open Monday thru Saturday starting 6pm for cocktails.

The Place
Butterfly is on the second-floor of Sixty SoHo and takes its name from the three large art works by Damien Hirst on the wall, each made up of thousands of iridescent butterflies. Other specimens were sent over by Mr. Hirst himself.

“I had to drill each of those 2,000 butterflies myself,” Mr. Khan said. The rest of the lounge, inspired by the Italian designer Carlo Mollino, is a 12-tone symphony of animal prints, geometric patterns, sofas, settees and discreet booths for necking.

The Crowd
On a recent Friday, half the cast of “Ray Donovan” occupied a cluster of couches. They were soon supplanted by a coven of models. One wore a camel hair blazer and high-waisted jeans. Another, an oversize 1997 NBA Finals T-shirt and stonewashed jorts. A third, a silken bodycon dress.

A cigarette, passed between them, glowed naughtily like a beacon from pre-Bloomberg New York. On the small dance floor, three sylphs swayed to Depeche Mode like pussy willows in the breeze, while a man with a bushy blond beard wafted by, wearing a dashiki.

Getting In
The first line of defense is Racine Sy, a longtime doorman who guards the stairs like a cheery Cerberus. The second is Cindy Saz, a doorwoman with an encyclopedic knowledge of who’s who below 14th Street. The door is slightly less selective before 11 p.m. Reservations can be made online.

The Playlist
A D.J. gazes at a glowing laptop on Thursday through Saturday nights. Typical tunes include easygoing, crowd-pleasing pop like “Falling” by Haim and “Radio Ga Ga” by Queen. “This is for my friends,” Mr. Khan said. “So we can play what we want.” 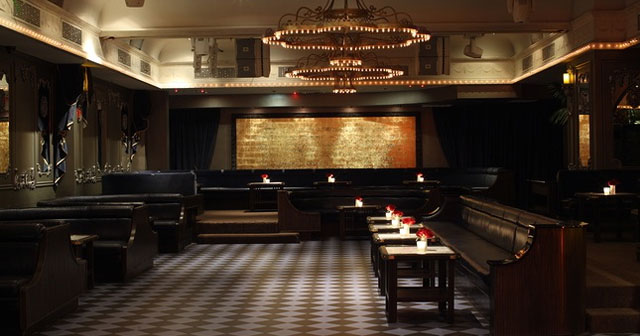 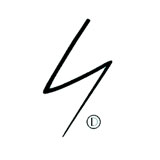 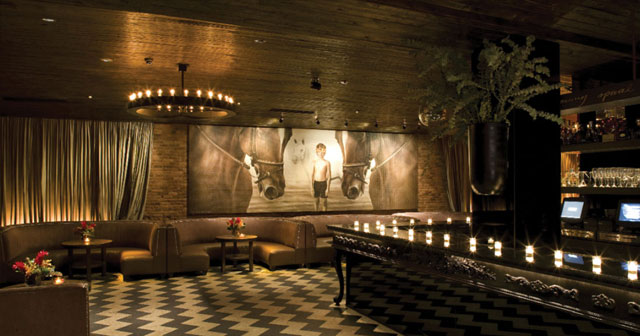 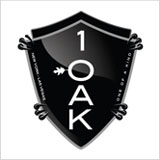 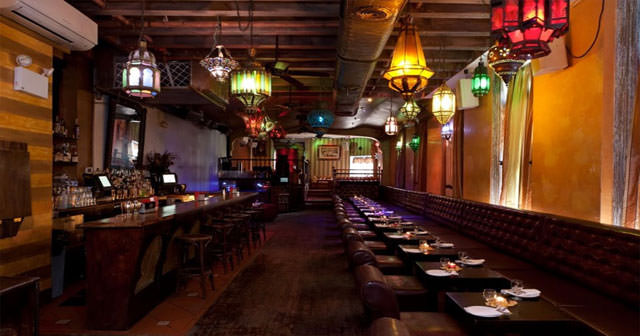 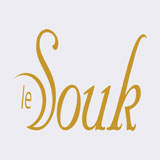 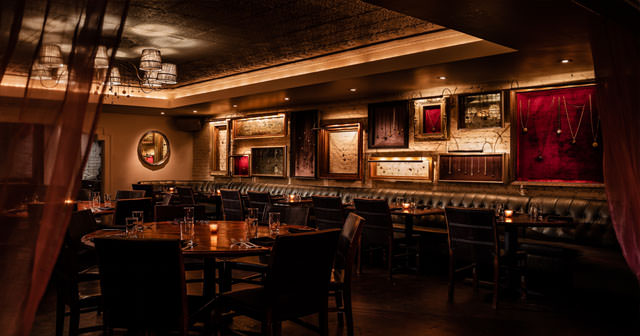 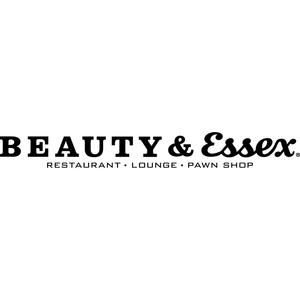 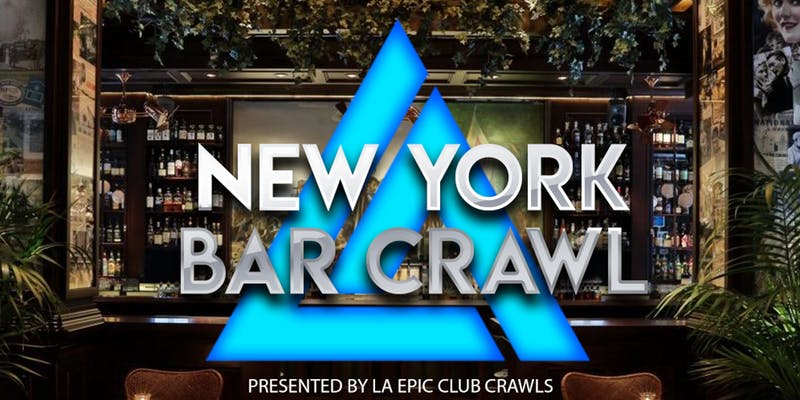 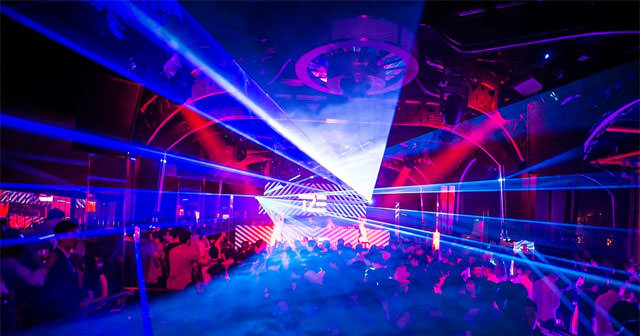 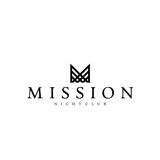