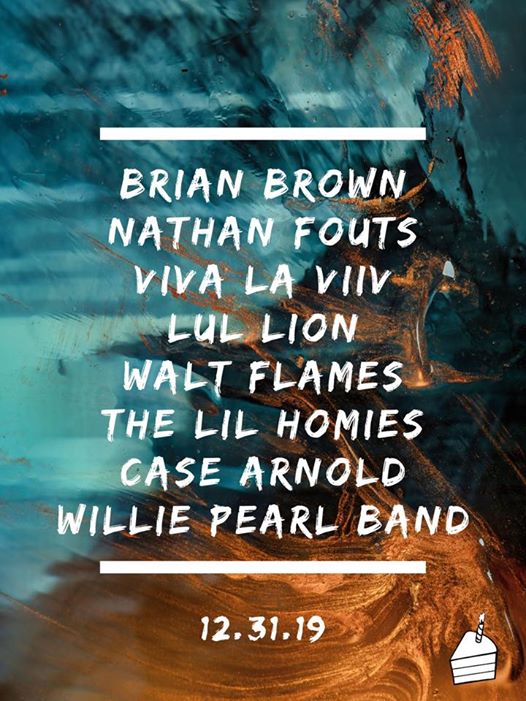 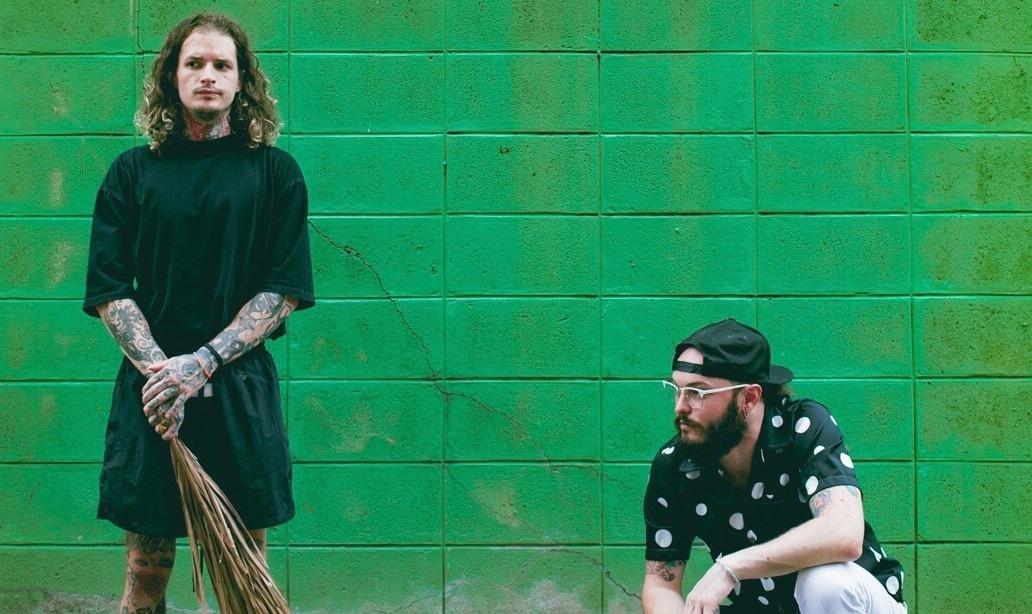 Cherub NYE 2020
Doors open at 9:00 PM
Cherub at Marathon Music Works in Nashville, TN - New Year's Eve w/ Mike Floss & Gibbz CherubWebsite | Facebook | Twitter | Instagram Beyond the fog of burning blunts, the sea of whiskey, and forest of empties, you’ll find two sweethearts in a Nashville garage. Just as they were yesterday, the day before that, and years prior. Searching for the perfect combination of string plucking, button pushing, and knob turning to craft the ideal sound to make you forget your world and step into theirs. The aforementioned sweethearts are Jordan Kelley and Jason Huber; known to most as “Cherub.” It all began in 2010 at Middle Tennessee State University. The two met as Jason was playing around town with local bands and Jordan was crafting what would become known as their first album, Man of the Hour. A few years later, it was the song “Doses & Mimosas” that caught the attention of the public and gained the interest of Columbia Records, who signed the duo in 2013. Their 4 year major label run brought their fans two LP’s, Year of the Caprese and Bleed Gold Piss Excellence, while also sending them around the world playing festivals such as Lollapalooza, Bonnaroo, Glastonbury, Outside Lands, Osheaga, Summer Camp, Summer Sonic, and headlining 4 US tours. Now, a gold record and 130 million Spotify streams later, the bond between them remains “unfuckwithable,” as they construct their newest batch of genre- defying anthems. From the streets of Bangkok, to the dive bars of Nashville, Cherub has been drawing inspiration from everything around them. “Each one of these songs was written and recorded at different times, in different places across the world,” says Jason. “It seems to make sense, releasing each new song individually, giving us a chance to take you to where we were in our heads when it was created and pair each track with a something visual to tie it together.” Straying from the common record label strategy of releasing a single or two followed by an album, Cherub has decided to give each new song it’s own time in the sun. “We don’t want anything to get lost,” says Jordan. The new collection of work spans multiple genres while still keeping with the same style of addictively playful melodies Cherub fans have grown to love. It’s a “song first, production later” approach at creating music that may bring some ears back to an earlier time in the duo’s existence. “There’s a certain simplicity in these new songs that remind me of the first few Cherub records,” says Jason. There’s no doubt that the latest Cherub efforts will win over their existing audience and draw new listeners to their established brand of debauchery. From your ears to your heart, like searching for room on their bodies for a new tattoo, they’ll find a way. --- Absolutely no refunds - no exceptions. Lineups and times are subject to change. Any ticket suspected of being purchased for the sole purpose of reselling can be canceled at the discretion of Marathon Music Works and/or Eventbrite. Valid government-issued photo ID required for entry to age-restricted events. Tickets available at the door (if not sold out). No re-entry. Physical tickets available at the box office. 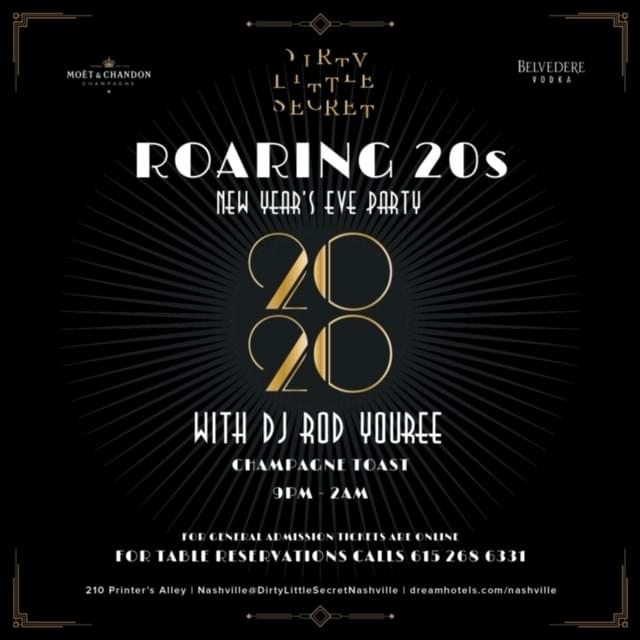 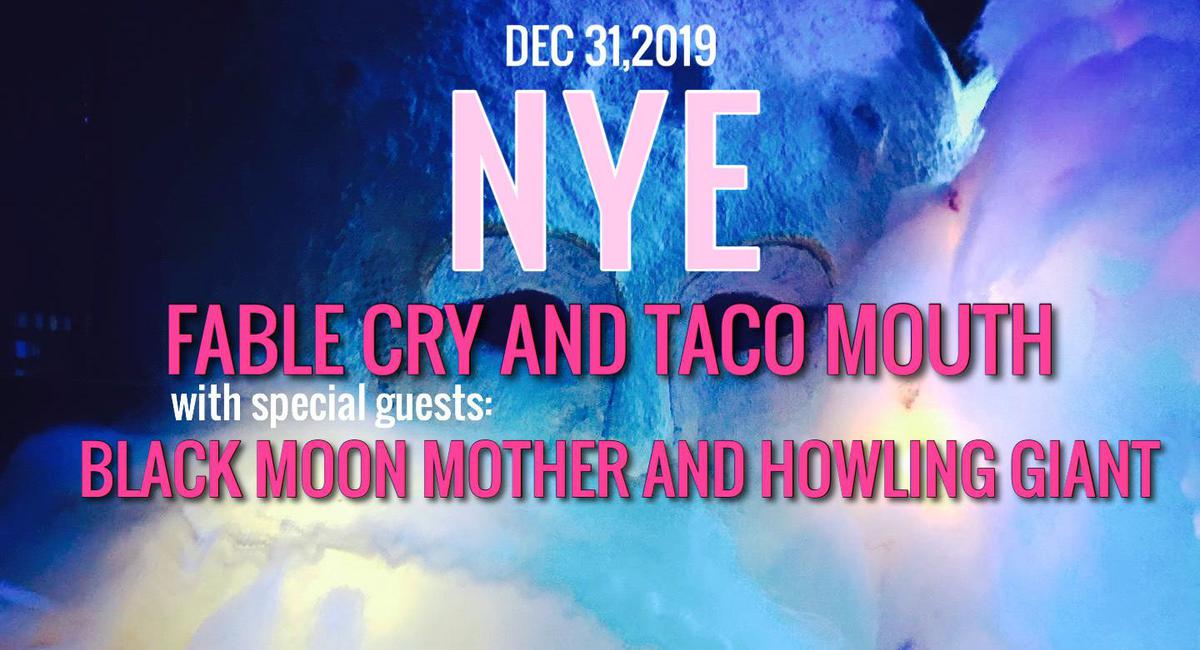 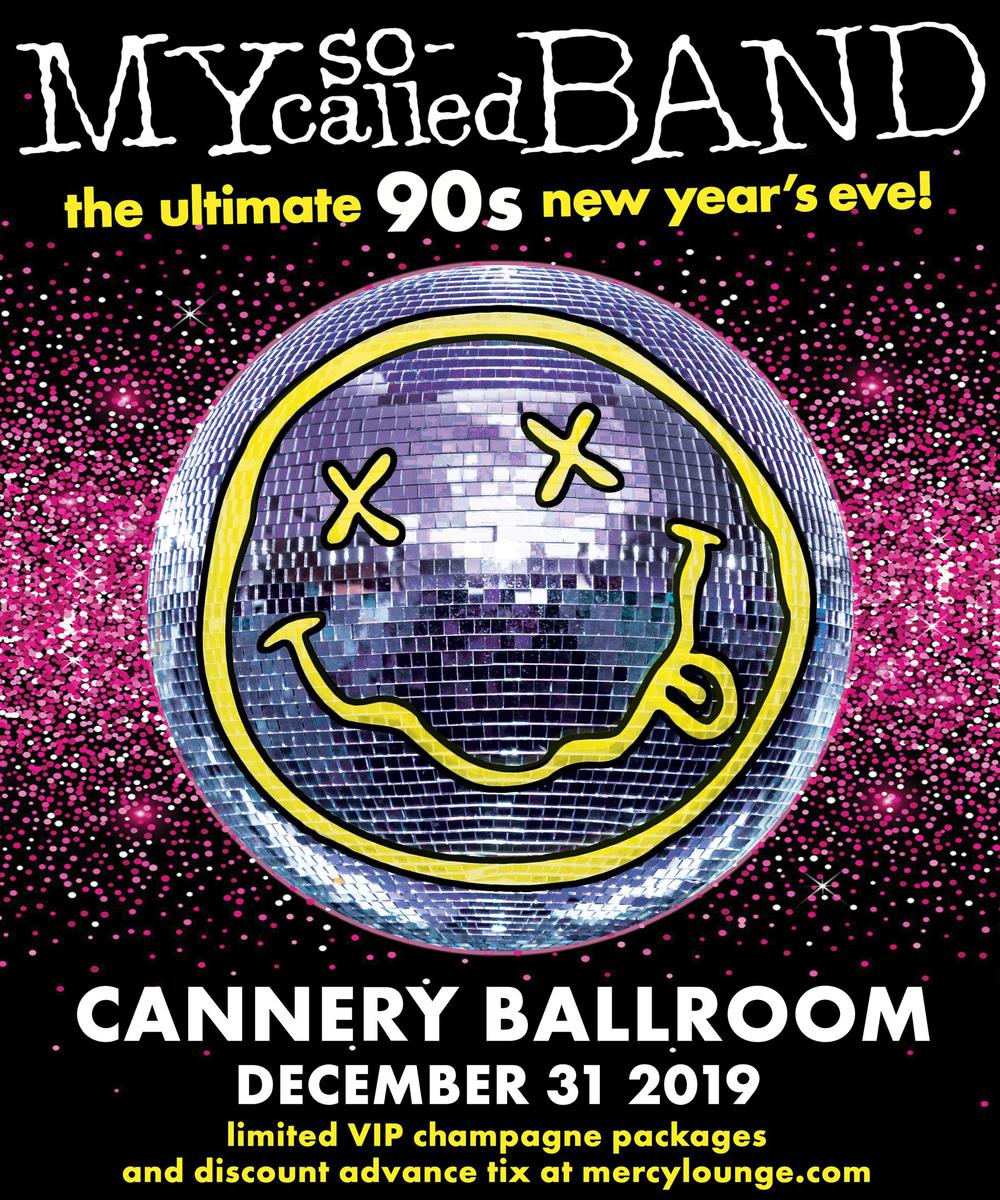 New Years Eve 2020 with Terrapin Flyer
Doors open at 10:00 PM
New Years Eve with Terrapin Flyer LIVE at EXIT/IN Terrapin Flyer Terrapin Flyer is celebrating their 20th Anniversary as one of the top touring Grateful Dead bands in the United States. Because the band features a revolving cast of talent, hundreds of notable musicians have crossed paths with Terrapin Flyer. Among them are a who’s who of top names in the jamband world. The band started touring with former Grateful Dead keyboardist Vince Welnick in 2001 then with Melvin Seals from the Jerry Garcia Band since 2004 and also Rock and Roll Hall of Famer and former Grateful Dead keyboardist Tom Constanten since 2006. To name all of the musicians who have performed with Terrapin Flyer would be an impossibly exhaustive task, but some include Bob Bralove from the Grateful Dead, Mark Karan from The Other Ones and Ratdog, Grammy Award winning harpist Sugar Blue, Scott Guberman from Phil Lesh and Friends, Josh Olken from Terrapin Flyer with Melvin Seals & Tom Constanten. Dave Hebert from Melvin Seals JGB, Wavy Dave Burlingame from Cornmeal, Janis Wallin from Family Groove Company and a whole host of tremendously talented musicians from across the country. The band started headlining festivals from the first year it began and has grown comfortably into the summer festival market. Deadheads across the country know and love Terrapin Flyer. Because the Terrapin Flyer has toured for so many years and with so many legends of the Grateful Dead, they have strong markets on both coasts and all points in between. The band’s Facebook page has over 25,000 followers who are eager for the next show. Though the bands often change musicians, the show is always fun. Ultimately fun is what the Terrapin Flyer is all about. Perhaps that is why the band has joined ranks with the Merry Pranksters in Eugene, Oregon. The Pranksters who are all about fun have adopted Terrapin Flyer over the last several years. There have been many performances with original Merry Pranksters Ken Babbs and George Walker in multiple states. Zane Kesey brought the band to the Kesey Farm and took them on a personal tour and then on the bus. He dubbed Terrapin Flyer a Prankster band. Since then Terrapin Flyer has performed tours and select shows with them and are a favorite band in Eugene Oregon where the Pranksters call home. The band has explored deeply the roots of The Grateful Dead having performed many tours with Grateful Dead keyboardist Tom Constanten who was in The Grateful Dead from 1968 - 1970 when The Dead were at their creative peak. The band got to know the deep spaces that inhabit the songs that built The Grateful Dead’s legacy. With Tom Constanten, Terrapin Flyer has also performed at the Chicago White Sox Grateful Dead Night for the last several years. Tom has thrown in the opening pitch and the band performs in left field before and during the games. Terrapin Flyer might be best known for performing many tours with Melvin Seals from the Jerry Garcia Band for over 15 years. Melvin was Jerry Garcia’s right hand man and is unmatched in talent and authenticity on the Hammond Organ. Melvin performed with Jerry Garcia for 15 years and is one of the most revered members of the Grateful Dead fanbase. With Melvin, the band became a legitimate draw in theaters and opened up new theaters and markets for Melvin’s band Melvin Seals JGB. Terrapin Flyer also performs nationally without the assistance of legends such as Tom and Melvin. Through years of touring and establishing the band’s reputation, Terrapin Flyer is recognized by Dead fans across the country as a band that carries with it a recognizable spirit of The Grateful Dead phenomenon. That spirit is the spirit of renewal, growth, vision and joy through music and is still present with those who are keepers of the flame of the Grateful Dead. That’s why live Grateful Dead music not only survives, but thrives despite the Grateful Dead last performing in 1995. No refunds - No exceptions. Lineups and times are subject to change. Any ticket suspected of being purchased for the sole purpose of reselling can be canceled at the discretion of EXIT/IN and/or Eventbrite. Valid government-issued photo ID required for entry. Tickets available at the door (if not sold out). No re-entry. 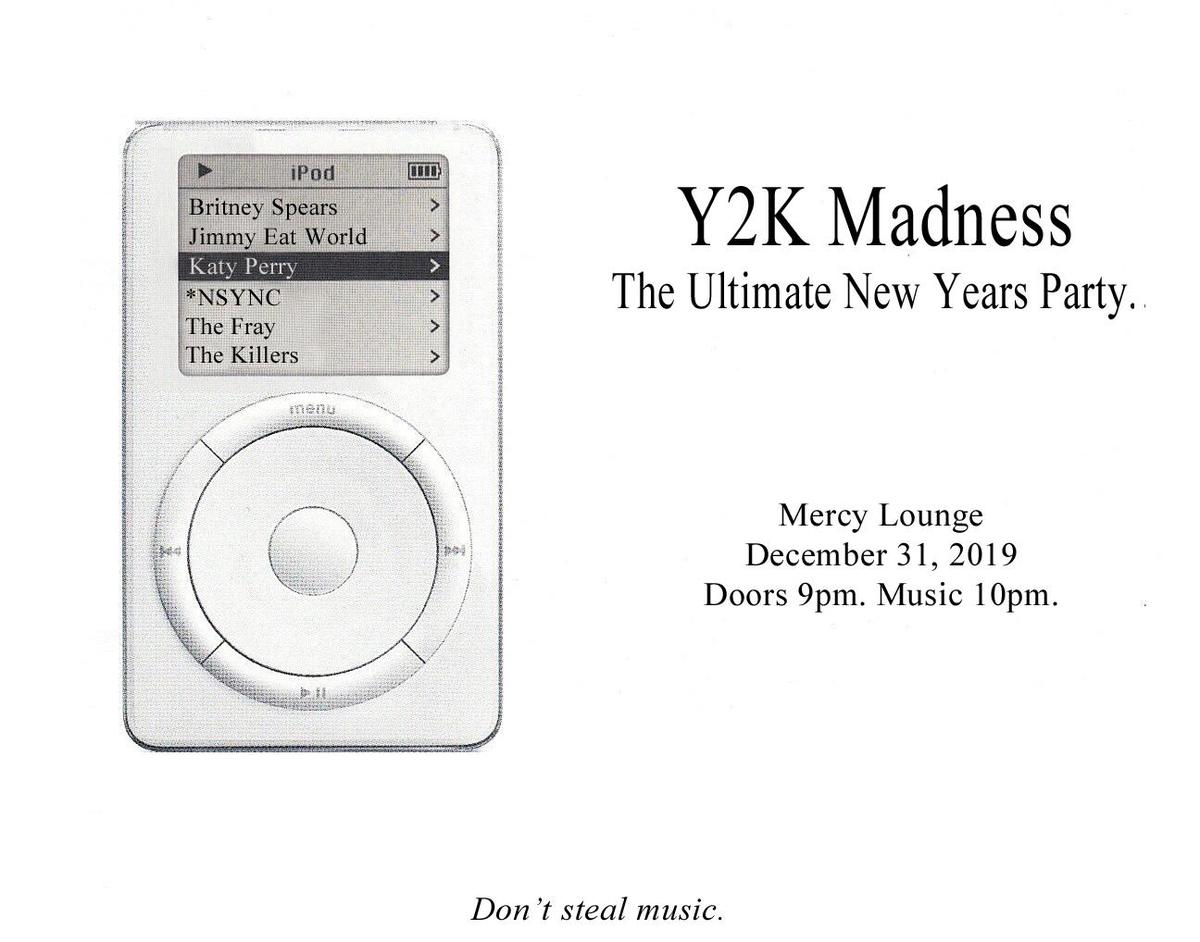 Y2K Madness: The Ultimate New Years Eve 2020
Doors open at 10:00 PM
Y2K Madness: The Ultimate New Years Party at Mercy Lounge Ring in the New Year by singing the hits of the millennium by a supergroup of Nashville musicians and singers. From Britney Spears to the Killers to Fall Out Boy, you’ll stir the ol' nostalgia pot to feel like your grinding at your old middle school dance. After the live band show, dance into the new year with a dj playing the hits. VIP ticket provides access to a private cash bar and lounge. VALID GOV'T ISSUED PHOTO ID REQUIRED - NO EXCEPTIONS