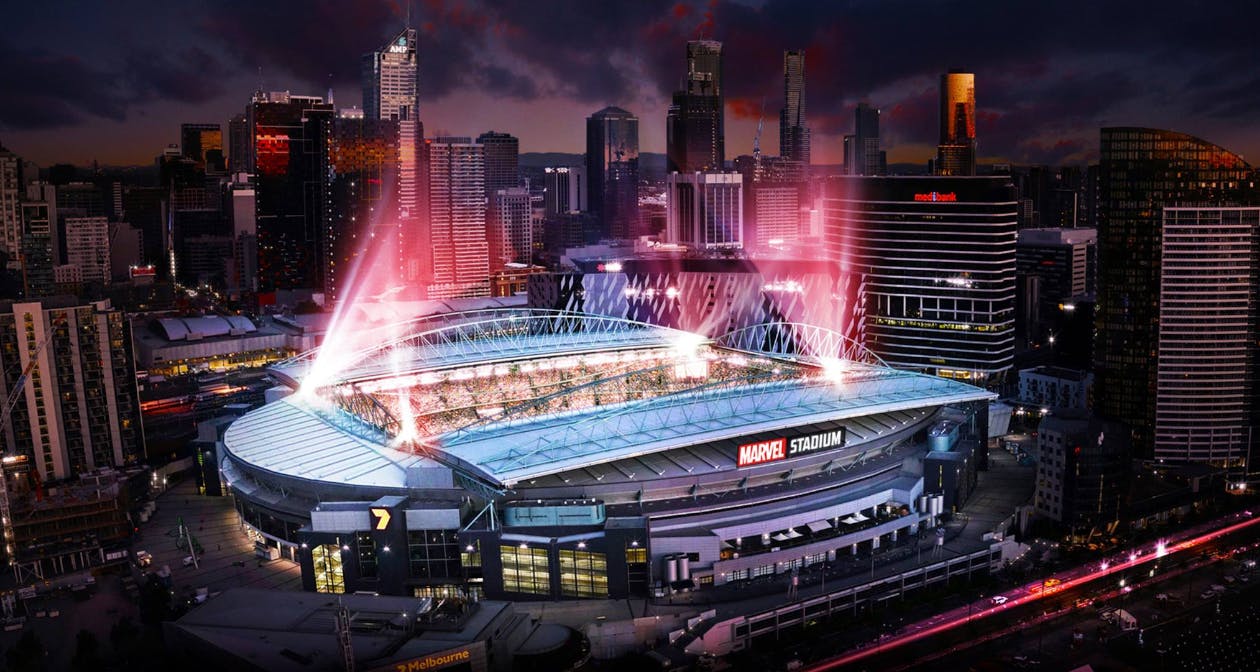 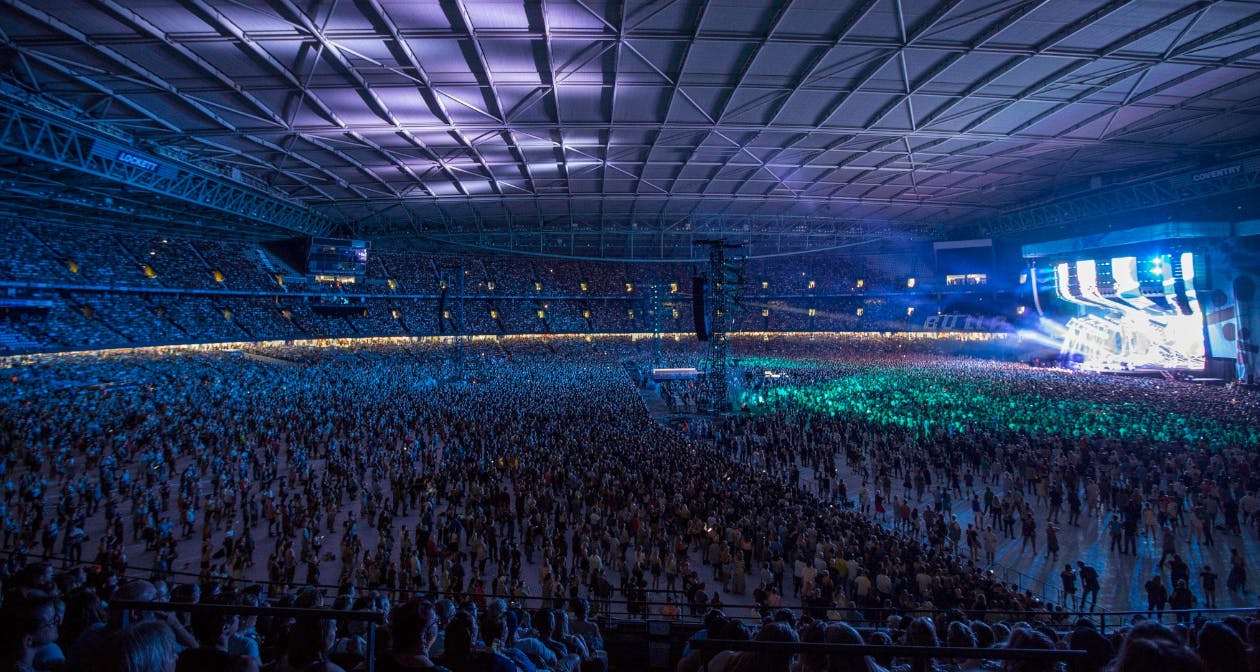 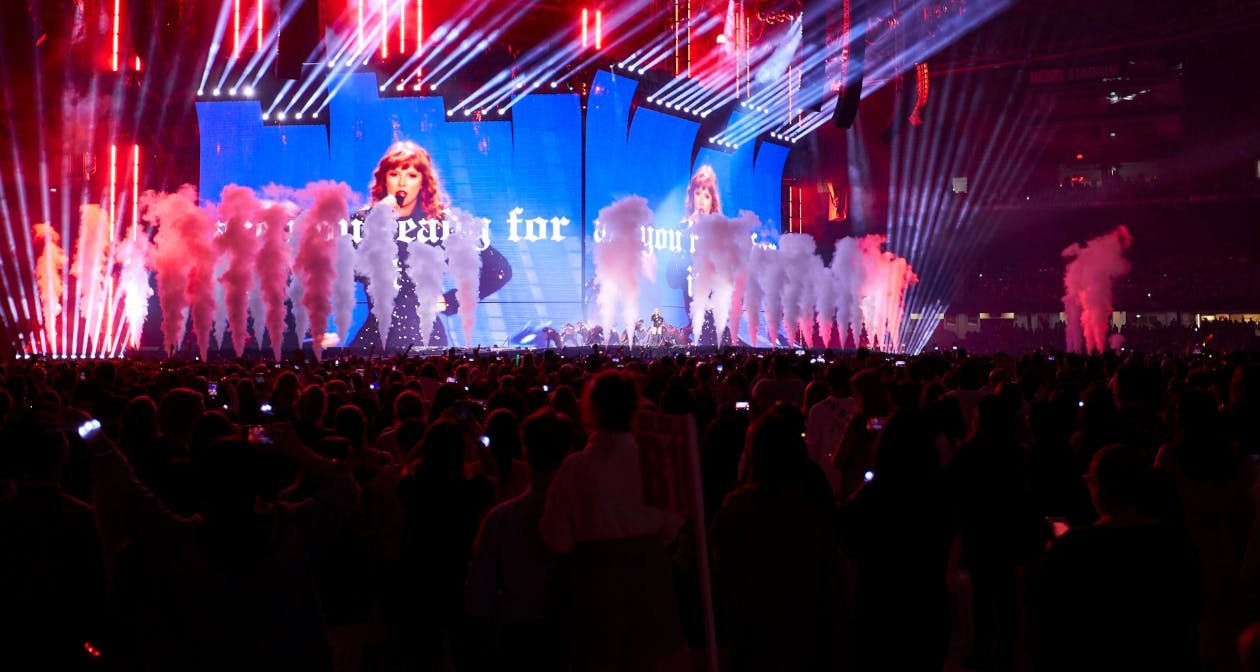 Located in the heart of Melbourne, Marvel Stadium has welcomed more than 42 million fans through the gates since opening in 2000.

Throughout its years, Marvel Stadium has hosted many memorable concerts for some of the world’s biggest stars including U2, Ed Sheeran, Taylor Swift, Foo Fighters, Justin Timberlake, AC/DC, Bon Jovi, Andre Rieu and Eminem.

Marvel Stadium provides a natural turf playing surface with a total area of 19,000m2. Currently the arena is made up of 17,600m2 of natural turf and 1,400m2 of synthetic turf, which runs the entire perimeter of the arena. For an AFL match the boundary line is 5 metres from the fence line and the synthetic turf is 3 metres wide and is situated outside the playing area. From fence to fence the arena dimensions are 169.5m from north to south and 140m from east to west. For an AFL event, the distance between the north to south goal lines is 159.5m and from the east to west boundary lines is 128.8m. 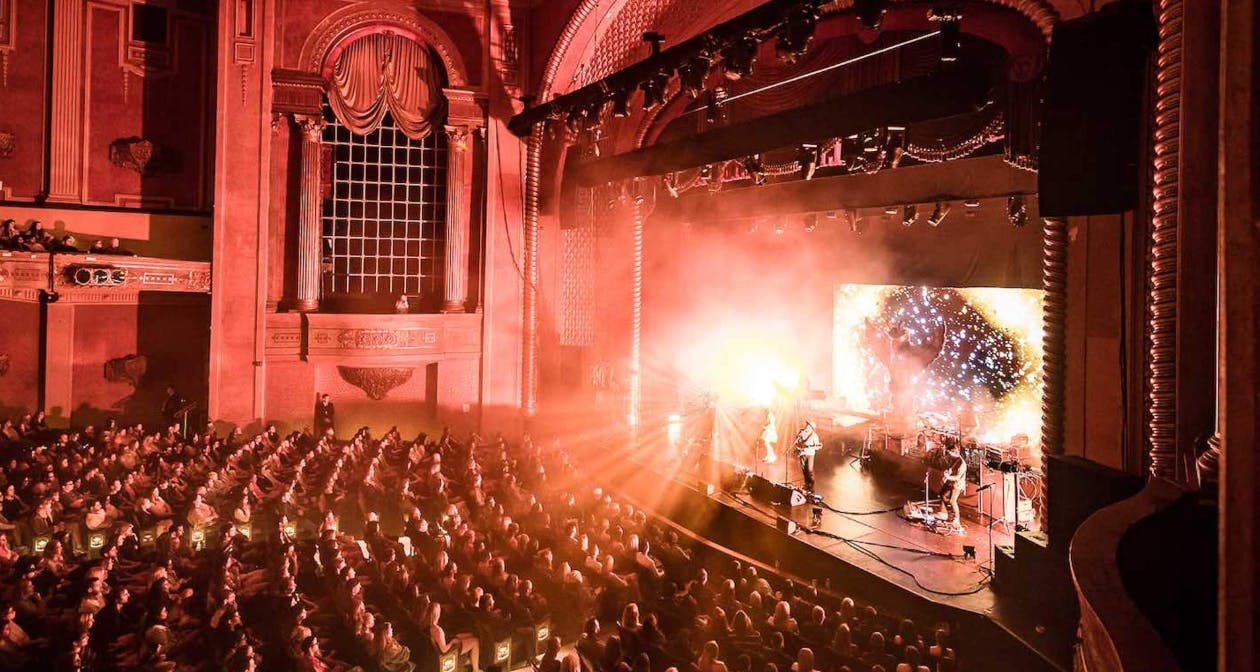 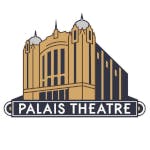 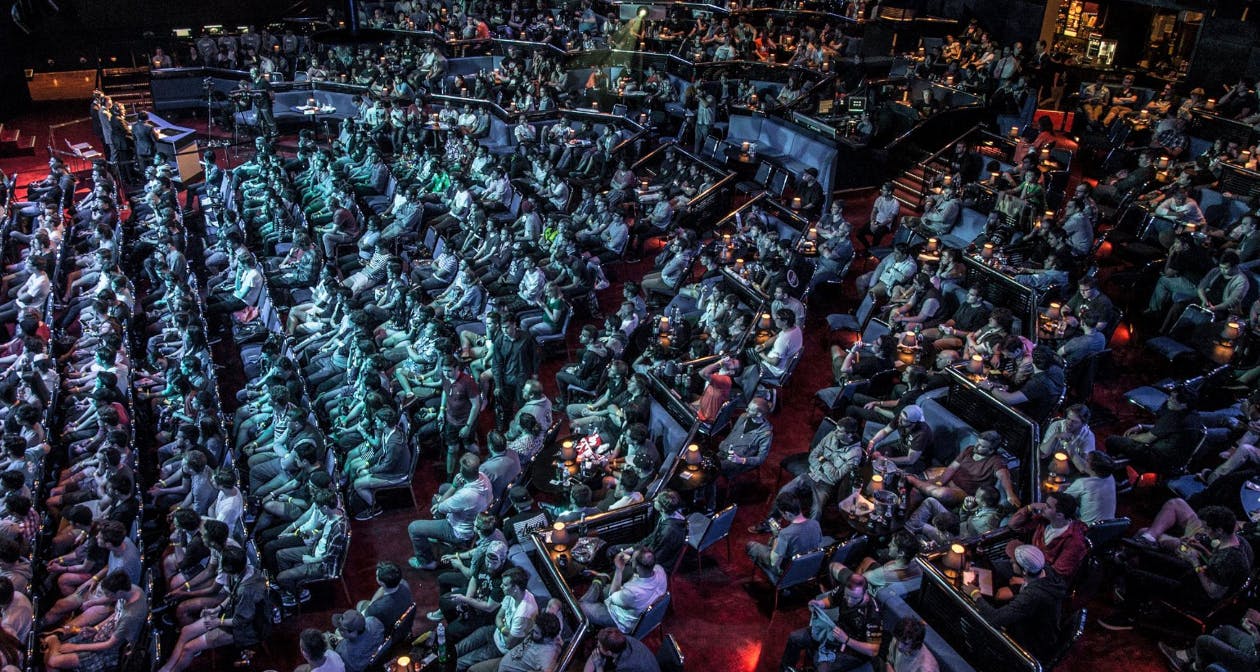 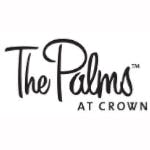 The Palms at Crown
$ 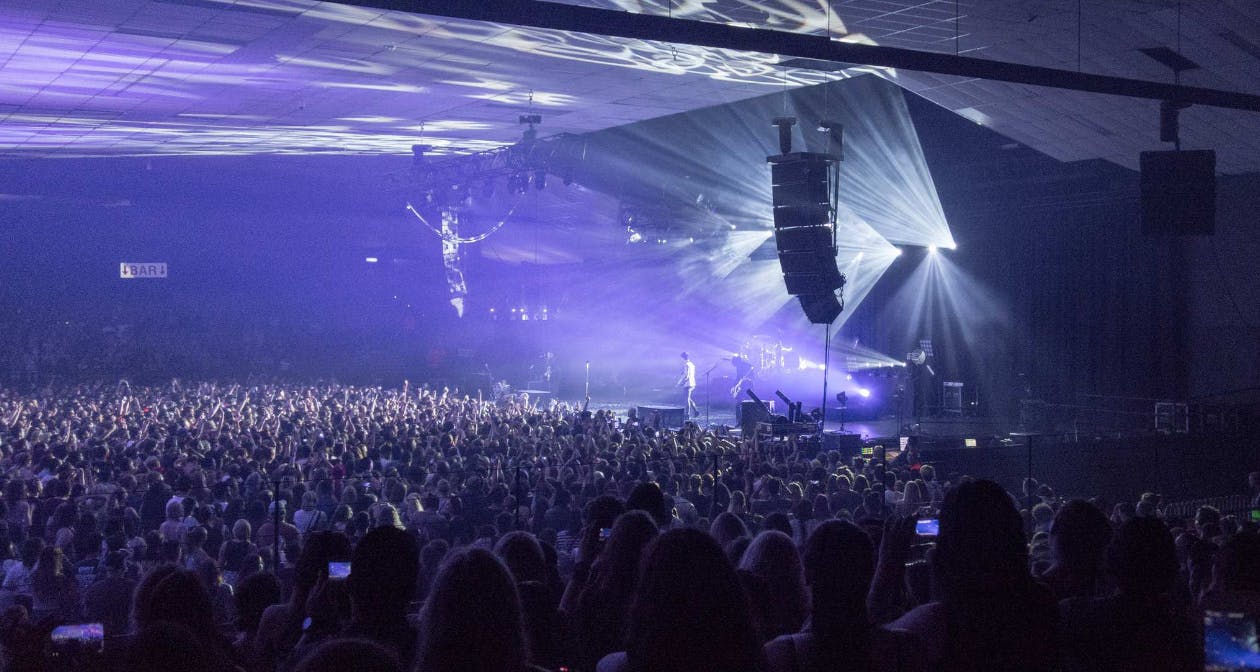 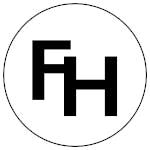 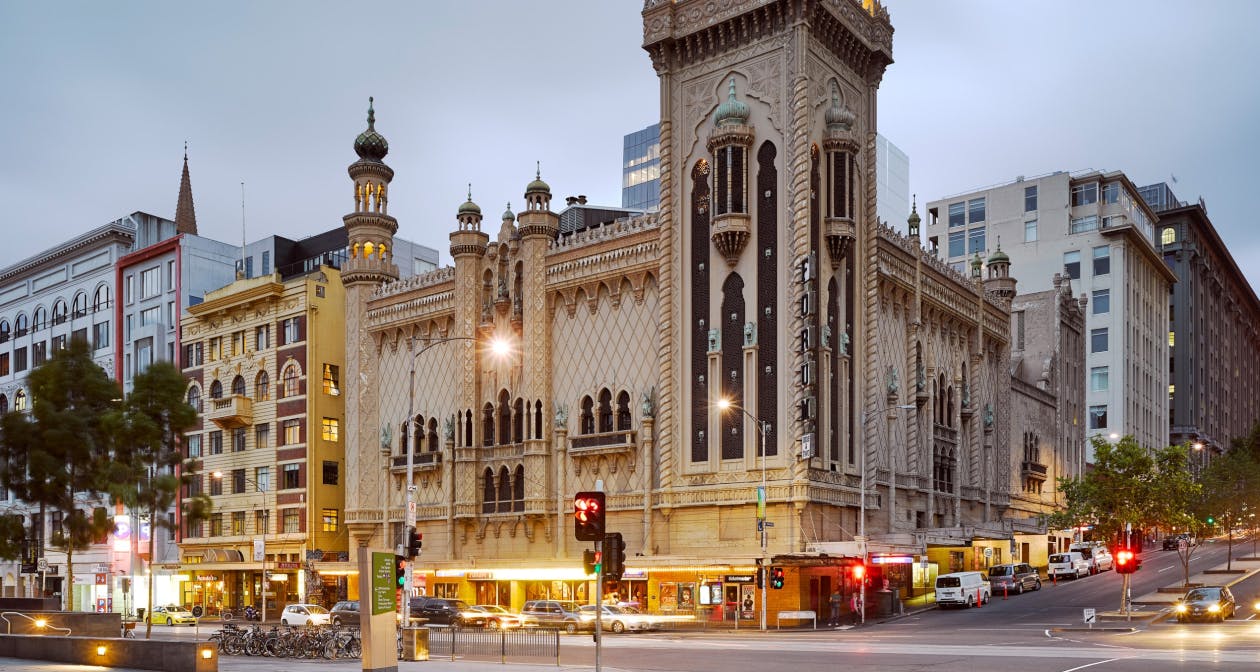 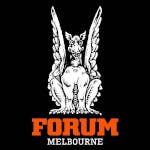 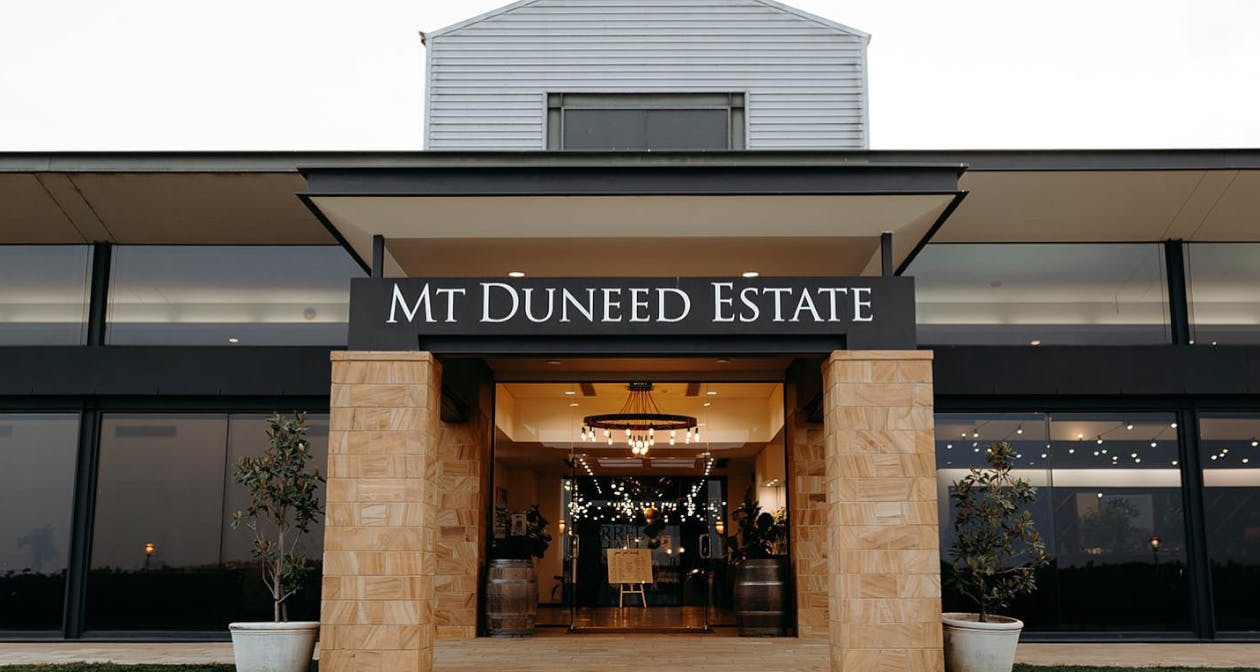 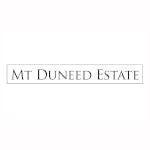 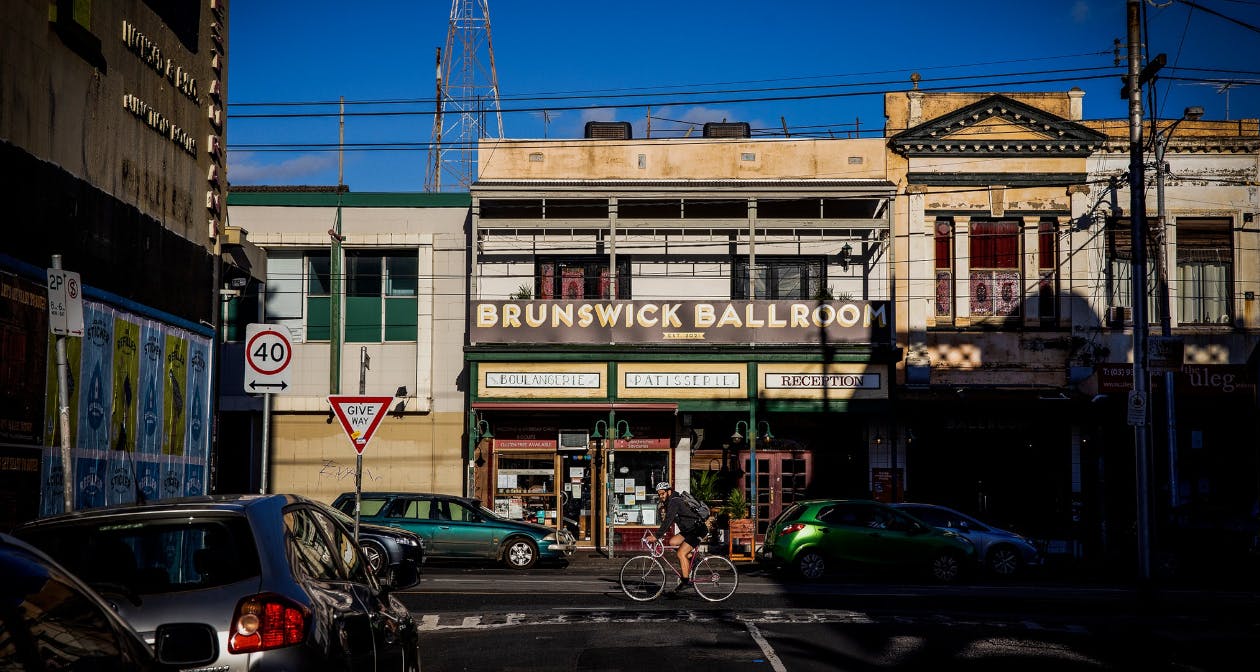 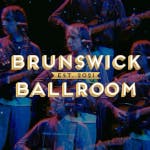