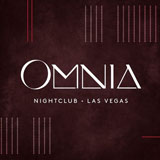 Calvin Harris New Year’s Eve
Doors open at 8:00 PM
Doors open at 8:00PM. All sales are final. No refund. No exchange. No cancellation possible. Included with every ticket purchased is a copy of Calvin Harris’ new album Funk Wav Bounces Vol. 1 available June 30th. Album redemption instructions will be sent via email 24-48 hours after you purchase your tickets. You will receive one album per ticket purchased 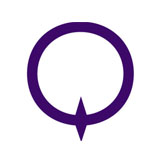 French Montana NYE 2018
Doors open at 9:00 PM
Use promo code DISCO at MarqueeLasVegas to get $5 off your tickets! No guestlist - tickets and bottle service only! 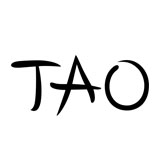 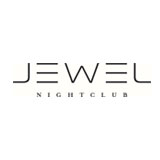 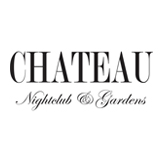 New Years Eve 2018 at Chateau Nightclub & Beer Park
Doors open at 9:00 PM
Table prices To Be Announced at a later date! NYE 2018 at Beer Park and Chateau Nightclub & Rooftop 3 great rooms, 1 HUGE party!! Party at Chateau & Beer Park and embrace an indoor & outdoor experience. Ring-in the New Year under the iconic Eiffel Tower replica in Vegas with the option to be indoors or in an open-air environment. Sip some bubbly with a full panoramic view of the Las Vegas Strip and famous Bellagio fountains. Guests with individual open-bar package with midnight champagne toast or VIP packages featuring Belvedere vodka and Moët champagne can toast to the New Year and enjoy spectacular fireworks. (Heaters provided for outside areas - Coat Check available) (Access to all 3 rooms does not guarantee access to rooftop if capacity is met). Disclaimer: Ticket holder must arrive prior to MIDNIGHT 12:00am or entry will not be guaranteed. All patrons must be 21 years of age with valid ID. US residents must bring state or federal issued ID. Foreign residents must have passports. No copies or paper ID's will be accepted. Proper Nightlife Attire Required. The door and management reserve all rights to decline entry of any guest not in proper dress code. Chateau Nightclub reserves the right to decline entry due to capacity issues, guests will be asked to wait until doors re-open.F Visibly intoxicated guests will not be admitted to the venue. Chateau Nightclub is a 21+ venue, no minors will be admitted. Any disregard of the previously stated rules will invalidate your ticket / entry. 3 hour open bar is not included in any VIP table package. 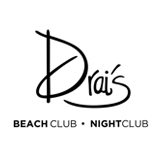 Chris Brown
Doors open at 10:00 PM
Celebrate New Year's Eve with us as we close out 2017 with a bang featuring a full-length performance from the one and only Chris Brown! This black tie event includes two glasses of champagne for each ticket purchased, so be sure to reserve yours before it's sold out! Drai's Nightclub has unparalleled views of the Las Vegas Strip and is world-renowned for discovering the best musical talent. Draisoffers an experience unlike any other Las Vegas nightclubs. The 70,000+ square-foot rooftop club at The Cromwell Las Vegas features 150+ VIP tables, eight pools, two VIP balconies, four bars, and over 7,000 square feet of state-of-the-art digital LED screens. The venue’s 360-degree multi-level experience is reinventing the way guests experience Las Vegas nightlife. 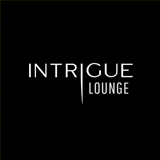 Marshmello
Doors open at 10:30 PM
I just want to make good music...that doesn't require you knowing who I am 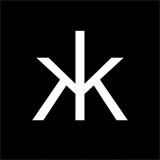 Steve Aoki
Doors open at 10:30 PM
Guestlist Details: - Guestlist can be cut early if quotas are filled, we recommend arriving early - When you arrive, ask for the HOST guestlist - Check in under your name in the HOST guestlist - If you have any issues say you're on Eric Yano's host list - Do not mention Discotech 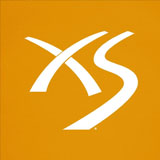 The Chainsmokers
Doors open at 10:30 PM
Wise beyond their years and aggressively handsome, these two overachievers are focused on success… Never before has the world seen two furry browed individuals such as these two (seriously they have really bushy eye brows)… As you might have imagined Alex and Drew did not meet on the set of their Vogue Cover shoot while surrounded by super models, but rather somewhere else. Apart from Social Darwinism, the thing that separates these two men from the rest is their unsettling and uncanny ability to discover and create trends. They find the parts of things that people actually give a shit about, whatever they may be, and focus on creating and improving those parts. With live sets and productions that their own mothers describe as, "sounds nice, but a little loud," these two always put on a show that was not ever described as sexy and life-changing, but should be. Apart from their unique personalities and boyish good looks, they have many similarities. They each graduated from prestigious North-Eastern Universities, they like hot chicks in yoga pants, enjoy a good burger, and have been rejected from many of the venues they now play at. The Chainsmokers have become the hottest young American EDM DJ duo. Their live shows are becoming the most sought after in EDM. Their wild antics, hilarious personalities, and addicting productions have fans interacting with them non stop and running to see them live every chance they get. Their signature sound has its foundations in Indie, Progressive and Pop Music. On the production front, their original tracks have all reached the Beatport top charts and their remixes always hit #1 on the HypeM charts. They've gotten immense support by friends such as Nicky Romero, Steve Aoki, Pete Tong, Afrojack, Tiesto, W&W, and more. Their first major release, #SELFIE, and it's official music video swept the world so look out for much more to come!