Carl Craig is described as a creative visionary, an electronic music icon, an esteemed Grammy-nominated composer, a world-class DJ and an ambassador for his native Detroit. Yet the common thread that runs through Craig’s broad musical canon and creative projects is a resounding fascination with futurism. The prolific producer has cultivated a unique path as an artist, entrepreneur and civic leader, guided by his tendency toward forward thinking. “My livelihood is making music that I can perform, whether I’m doing orchestral production or modular strangeness or generating club music. I don’t restrict myself,” said Craig. “I defined myself by being who I am. The ultimate self respect is when you say you’re going to do something and you go and do it to the best of your ability.”

Craig released his first track in 1989 on a Virgin UK compilation album, with two singles following on labels run by his first collaborator Derrick May. After a series of ambitious releases for his co-owned Retroactive imprint, in 1991 Craig launchedhis second record label Planet E with the groundbreaking EP “4 Jazz Funk Classics”, under his alias 69. Planet-E turned 20 in 2011 and Craig celebrated the label’s history by taking Planet-E and its artists and collaborators on a world tour for the first time ever. He also previewed the 69 Live show for the first time, at select festivals around the world, fusing masks, darkness and the music of 69, Craig created 69’s own entity. As well as this, Planet-E invited friends of the label – like Luciano, Kirk Del Giorgio, Loco Dice and more - to pick their favourite Planet-E track to remix and re-release. Reflecting a year that was packed with events and releases, Craig readily admits that when he started the label he was hoping “it would last forever.” He cites artistic freedom as the highlight of running the label and adds, “It was never a struggle for the label to be an outlet for my or other people's music. It was always a struggle to stay in business, actually a war to stay in business.

Craig’s interest in collaboration continually grows. As "Versus", one of his boldest endeavors to date, Craig combines techno and classical music, opening himself up to working in a new format by collaborating with orchestrator / pianist Francesco Tristano, French orchestra Les Siècles, conductor Francois Xavier Roth and Moritz Von Oswald. Additionally he’s taken to occasionally bringing keyboardists like Mike Banks (UR), Amp Fiddler and Tristano into the DJ booth with him for special one-off gigs. These mixed performances add some variety in a non-stop DJ schedule that finds him spinning at top clubs worldwide. Craig acknowledges, “Touring has always been the most important aspect of the music industry for artists. There will always be that desire for human interaction.”. Let’s also mention that he has recently performed live soundtracks to films, first in Amsterdam then in New York, where he improvised live to an Andy Warhol film at Unsound Festival. The fact is, unpredictability is the only predictable thing about Craig and his music.

Outside of his Planet E recordings, Craig also continues to be one of the most sought-after remixers in the world. Craig has produced a seemingly never-ending list of remixes that now extends over 100 cuts. He was nominated for a Grammy in 2008 for his mix of the Junior Boys “Like a Child.” In the same way that he likes to make tracks he's remixing his own, Craig’s commitment to his home in Detroit is also something very personal. After launching a festival to rival that of any in Europe with the Detroit Electronic Music Festival in 2000, Craig has shifted his focus to even more ambitious goals with the creation of his non-profit 501-C3 Carl Craig Foundation. “The concept is to find ways to re- educate kids about what’s interesting musically that you can’t get on the radio” says Craig. Partnering with other non-profits to set up music scholarships, in 2010 the

Carl Craig Foundation presented a five-day workshop during the Movement Festival at the Detroit School of the Arts, which exposed the students to professionals in sound engineering, music festival production, record/music production and musical performance. Craig sees the primary goal of the foundation as a way “to develop a new music scene that follows the legacy of Detroit music being diverse and interesting, to spot out the most talented young musicians coming out of high school and lend small financial grants to encourage music education at a higher Level.” He says “My commitment to the city is like a commitment to your family. I’ve been here all my life and I’ve seen great things happen elsewhere, why not be involved in making my home great?”

When Craig explains his philosophy, his wry sense of humor seeps into his explanations of far-reaching concepts that merge worlds together. “I have a very special career. When I feel that I’m tired of going on the road I can go in the studio. When I’m tired of concentrating on the studio I can go on the road. I can work with concert pianists, jazz musicians or rock guys. Very few people have that range of interests. Very few people juggle a career that they choose specifically.” No one else can pull it all together quite like Carl Craig. 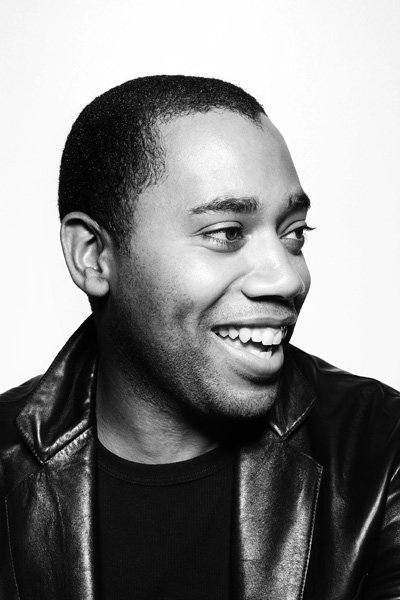 Carl Craig is described as a creative visionary, a groundbreaking electronic music icon, an inspirational artist, an esteemed Grammy-nominated composer, a world-class DJ and an ambassador for his native Detroit. Yet the common thread that runs through Craig’s broad musical canon and creative projects is a resounding fascination with futurism. Carl Craig has cultivated a unique path as an artist, entrepreneur and civic leader, guided by his tendency toward forward thinking. Craig released his first... View More