Over the past three years, Houston born and now Los Angeles resident, Hayden Capuozzo or KAYZO, has become one of the most sought after young producer/DJs in the business. The young prodigy has quickly grabbed attention of fans and fellow DJs with his versatile sound and catalogue of original productions, collaborations and remixes. With the establishment of his “Doghouse” brand, fans have turned to KAYZO to seek more than his music.

KAYZO has went from a graduate student of the production school, Icon Collective, to becoming a winner of Insomniac’s Discovery Project which gave him first chance to showcase himself live. Three years later, KAYZO can now be found traveling as an international DJ performing at festivals and headlining shows across the globe. KAYZO and his Doghouse stand for more than music but a mental determination with a motto that preaches ‘anything is possible as long as you put your mind to it.’

KAYZO has no boundaries as continues to break barriers that are set up before him. He produces music, not defined as a genre but what he simply likes and enjoys creating. Much of his influence comes from the music he grew up on and the elements can be heard throughout the bodies of work. Outside of production, his mixing and versatile style across multiple genres has created a unique and one of a kind performance.

As a live performer and DJ, Gammer has built a global presence and international fan
following throughout the years. His frenetic, genre-blurring DJ sets have taken him
across festival stages around the world—including high-profile performances at
Creamfields UK, EDC Las Vegas, EDC Mexico, and Global Gathering, among
others—in addition to his own headlining tours across North America and beyond. On
any given set, Gammer will traverse all sorts of genres and sounds, from trap-tinged
bass, speaker-knocking dubstep, and terrorizing hardcore—and then some.

Gammer is also known to amp up the DJ tricks behind the decks via complicated mixes,
experimental mashups, double drops, and even some live beat-making.
Gammer is today taking his chameleon-like, trademark sound into a new era that’s
defined by the indefinable and the unpredictable. He’s experimenting with new genres,
he’s injecting new sounds into the scene, and he’s taking the culture global—all on his
own terms.

All events are 21+ | Please bring valid identification | NO REFUNDS 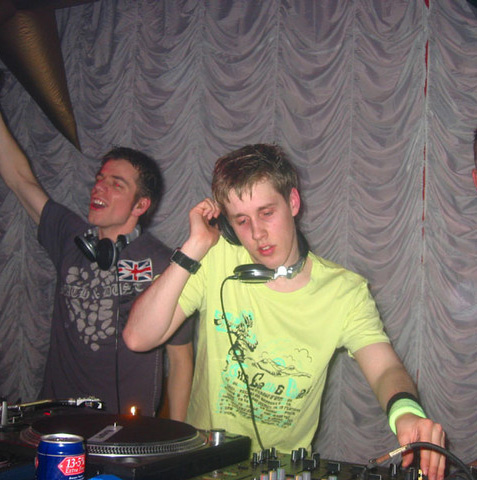 Matthew Lee (born 1985 in Northampton), known professionally by his stage name Gammer, is an English UK hardcore music producer and DJ. He is best known for his association with happy hardcore, of which he is described as an icon. He is also the co-founder of the Together We Rise record label, which is dedicated to hardcore music.