Described by fans, media and industry alike as the saviour of the true progressive style, Jeremy Olander captivates audiences from a festival stage and within an intimate club environment. Born in Stockholm, he’s leading the host of next generation artists that continues the Scandinavian capital’s dance music lineage, a pedigree represented by countless DJs and producers who’ve gone from local underground prospects to globally recognised main stage superstars – a trajectory followed by Olander.

A jack of many sonic trades, Jeremy effortlessly floats between his eponymously released deep and emotionally charged progressive house, big vocal-infused belters and drum-oriented techno. Shunning the industry tendency towards commodification, Jeremy rejects the idea of succumbing to what’s hot right now over his own identity. Driven by integrity, longevity and a crystal clear vision, he’s carved out his own niche that distinguishes him from the pack.

Brought up in Stockholm, but born in Fairfax, VA in America to a Swedish father and an Indian mother, Jeremy’s sources of inspiration are as much of a melting pot as his background. Ranging from world-class musicians like Michael Jackson, Elvis Presley, and Quincy Jones, East Coast Hip hop acts like NAS and Notorious BIG all the way to contemporaries such as Adam Beyer, John Digweed, Sasha and Grammy-nominated Eric Prydz, Jeremy’s frame of reference for achieving excellence could arguable not be better.

Further solidifying his diversity as a producer, he also boasts techno moniker Dhillon. The productions under this alias are darker and grittier, and caught the early attention of techno juggernaut Beyer and his Drumcode label. A worthy co-sign and one that joins an increasingly long list of industry peers and fans singing the praise of the 27-year old.

After bursting onto the scene in 2011, he became the first producer to be signed to a multi-release deal on Prydz’s coveted Pryda Friends imprint. His inaugural outing, the Evade EP, became the label’s biggest seller and since then he’s continued to elevate himself as a producer, achieving the elusive balance of crossover appeal and underground reverence. His material has resonated with artists from both ends of the dance music spectrum, from Tiësto, Above & Beyond, Steve Angello, Avicii and Axwell to Eric Prydz, John Digweed, Henry Saiz, Carl Cox, Nicole Moudaber, British tastemaker Pete Tong and more.

Notable releases that attest to Jeremy’s variety and consistency include one of the biggest records of 2013 in infectious overall Beatport Top 10 anthem “Let Me Feel”, his remix of Henry Saiz’s “Afraid” on Natura Sonoris, and the exhilarating interpretation of legendary Swedish pop band Kent’s “Petroleum”.

In 2014, he made his long-awaited comeback return to Pryda and once again broke new ground by becoming the first artist other than Prydz to release music on Pryda Recordings, a label home previously reserved for head honcho Prydz himself. The EP, entitled Jackie, gained widespread appeal amongst the EDM generation and old school house music purists alike, and in a time when many claim it’s all about the singles, the EP went straight to number 1 on the overall Beatport Top 100 Releases chart and stayed there for 10 days, ousting Aphex Twin from the top spot in the process.

Adding to last year’s musical release feats, 2014 also played host to Jeremy’s first headline tour in Australia, two club tour stints in North America at legendary venues such as Beta in Denver, Avalon in LA and Habitat in Calgary as well as visits to Nairobi, Ibiza, Tel Aviv, Amsterdam, Edinburgh, Shanghai, Tokyo, Delhi and more. The festival circuit also got their taste of his progressive goodness at Mysteryland, EDC Las Vegas, Electric Zoo, HARD Day of the Dead, Creamfields and VH1 Supersonic, where he played a celebrated B2B set together with Bedrock staple Guy J. Jeremy also made time to include a gig at the venue of all venues that’s likely to remain a dream for most; Madison Square Garden in New York City. There, he became one of a select few to have taken the iconic stage when he was invited to play alongside Prydz at his groundbreaking EPIC 3.0 show.

With a stacked catalogue of unreleased material waiting to see the light of day, a returning radio show in the form of the highly rated Vivrant Radio, an ever surging demand for DJ performances, remix requests, collaborations and rumours of his own record label, 2015 is there for Jeremy’s taking, who says’s he’s only getting started. 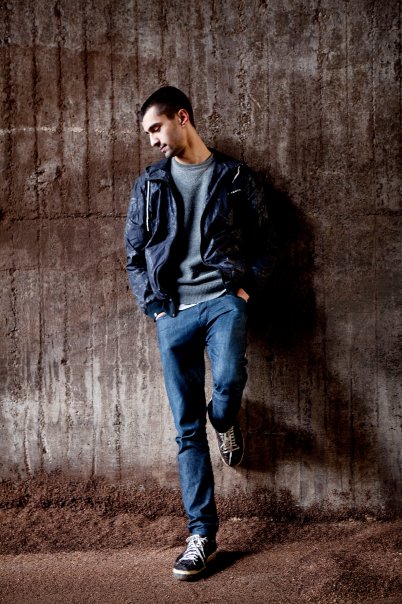 He is the freshest thing to blossom in dance music in recent memory. A 21st century DJ that represents the opposite of a generic commodity. Modest, patient and ready for the big stage, he’s a 24-year-old remarkably consistent in an inconsistent world. There is a reason why Eric Prydz, one of the world’s most highly regarded and respected DJ and producer in dance music history, signed Olander fora five-release deal with his coveted Pryda Friends label, and later asked him to accompany him on his tour.... View More