Vibration underscores music, motion, and movement. Lenny Kravitz translates this natural force into art
and ultimately a call-to-action. The four-time GRAMMY® Award-winning singer, songwriter, producer, and multi-instrumentalist elevates the union of rock ‘n’ roll, funk, blues, and soul he patented in 1989 once again on his eleventh full-length album, Raise Vibration. Receptive to youthful inspiration, but enlightened by three decades of wisdom, it represents a powerful creative rebirth and a bold, bright, and brilliant body of work befitting of his legacy and boundless spirit.

He explains. “When I said Let Love Rule on my debut, I had to live that for myself. It’s the same idea with
Raise Vibration. I’m making a conscious choice to go to another place that I believe yields better results. I feel that the vibration we’re on collectively is not doing it. We need to reach higher. We need to be more thoughtful, spiritual, loving, and open. Stop thinking of borders, boxes and imaginary forms of separation. We’re all on planet Earth together. We must do better. I communicate through music best. I create to inspire myself and, if I can inspire others, then that is beautiful.”

Given the ambition of this vision, it seems apropos that Kravitz received the music in a series of dreams,
following a whirlwind world tour. Joined by longtime collaborator guitarist Craig Ross, who also
engineered the album, Kravitz personally produced and performed everything from guitar, bass, drums,
and piano to bongos, glockenspiel, Moog, Fender Rhodes, Coral Sitar, Kalimba, and more.

“It was really handed to me,” he admits. “It was a case of being quiet and waiting. Once I put down the
first idea, I felt connected. The great thing is when you get into that place, the floodgates open. It
continued for months. I’d hear songs in the middle of the night, and I made the album.”

Upholding a longstanding tradition of adventurousness, each song takes on a life of its own. Sunny
acoustic guitar slides towards a swooning refrain on the wistful “5 More Days Til Summer.” The wail of a
wah wah pedal solo proves just as hummable as the hook does as he shares a tale overhead in a bar.

“It’s a story about an older man in his late sixties,” he explains. “He doesn’t have a wife, works the night
shift, sleeps during the day, and has only seen the dark for so long. He has been saving his money and is
about take his first ever vacation. I thought about the life he was living and the fantasy he was about to
have. I saw him transforming into his younger self and reliving what he should’ve lived back in the day
even though he was in an older body. It’s a joyous and sweet pop tune.”

On the other end of the spectrum, the seven-minute-plus “It’s Enough” stands out as one of the longest
compositions in his catalog and a tense and necessary rumination on the global state of affairs. Cinematic piano and funky bass propel this journey towards a thought-provoking spoken word passage before his live horn section—Ludovic Louis, Harold Todd, and Michael Sherman—enlivens the momentum and leaves listeners with a soaring saxophone solo. Ushered ahead by this unpredictable aural pastiche, each verse urges change and the social betterment human nature certainly possesses the capability for, but seemingly lost sight of in recent days.

“People are standing up,” he elaborates. “I’ve had enough of racism and people of color being treated
differently and killed. I‘ve had enough of war. I’ve had enough of the destruction of the environment.
We’ve got to get back on track towards moving forward through higher understanding.”

Further smashing boundaries, the title track concludes on a live performance of Native American drums
and chanting, emanating tribal unity and power. Shuddering vocals and jagged friction ignite the title
question of “Who Really Are The Monsters?” “I’m talking about every nation,” he states. “Governments seem to think the way to peace is through more war. That’s scary. The human brain is a wonderful and amazing thing that has created so much. Yet, in this day and age, we still haven’t found a way to settle a dispute without violence.”

The “spiritual opening prayer” of “We Can Get It All Together” sees Kravitz speaking out to God for personal deliverance. The closer “I’ll Always Be Inside Your Soul” juxtaposes ocean waves, 808s, and final strains of Kalimba. Elsewhere, the peace anthem “Here To Love” touts an uplifting message once again delivered as “a complete spiritual download.”

“Johnny Cash” serves an emotional centerpiece. Dusty chords resound as his voice reaches heavenly
heights. In one of the most intimate moments of not only the album—but his entire career—he recounts the day of his mother’s passing.

“My mom was battling cancer,” he sighs. “I had gotten back to L.A. from tour, and I was living at producer Rick Rubin’s house. I went straight to the hospital from the airport and spent the day with my mom. Once I got to Rick’s house, somebody gave me a message that she died as I was in transit. I started to walk up the stairs, and Johnny Cash and June Carter were walking down. They asked how I was. I told them that my mother just died. The two of them grabbed me, held me and consoled me. They were the only people there; they became family for that moment. In the song, I’m asking someone to hold me like Johnny Cash and whisper in my ear like June Carter did.”

Another standout, “Low” thrives on wild riffing and backup vocals courtesy of an old friend—Michael
Jackson on a previous recording for Kravitz. This proved to be the perfect complement to “Low,”
completing the song and bringing everything full circle.

Kravitz adds, “It’s an honor to have him on this track. The primitive tribal shout he was known for was the perfect stamp.”

Throughout Raise Vibration, Kravitz remains a true original. Since the arrival of Let Love Rule in 1989, he
has sold 40 million albums worldwide and won four consecutive GRAMMY® Awards, setting the record
for “most wins ever in the ‘Best Male Rock Vocal Performance’ category.” Fellow icons from Madonna,
Aerosmith, Prince, David Bowie, Mick Jagger, and Jay-Z to Drake, Avicii, and Alicia Keys have jumped at
the chance to collaborate. An acclaimed actor, his on-screen output includes The Hunger Games franchise, Precious, and Lee Daniels’ The Butler. His creative firm Kravitz Design Inc, touts an impressive portfolio of noteworthy ventures, with a range that includes hotel properties, condominium projects, private residences, and high-end legendary brands like Rolex, Leica and Dom Perignon.

As he raises the bar for music once again, there’s still nobody like Kravitz. He’s on a vibration of his own.
He affirms, “My message is one of unity. From Let Love Rule to Raise Vibration, if it motivates and inspires you, beautiful.” 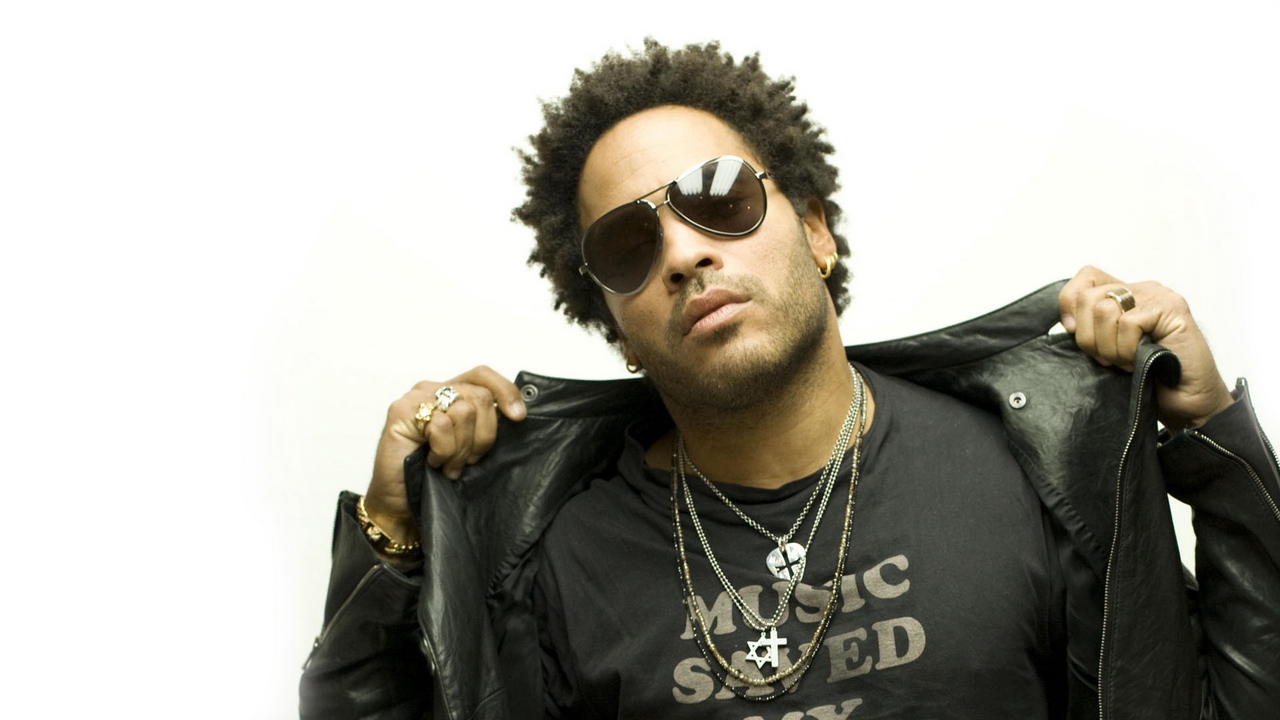 Regarded as one of the preeminent rock musicians of our time, Lenny Kravitz has transcended genre, style, race and class into a 20-year musical career, one which revels in the rich influences of '60s and '70s soul, rock and funk. Kravitz’s talents as a writer, producer and multi-instrumentalist have resonated through nine studio albums into a timeless catalog. He has won four consecutive GRAMMY Awards, setting a record for the most wins in the “Best Male Rock Vocal Performance” category for his... View More