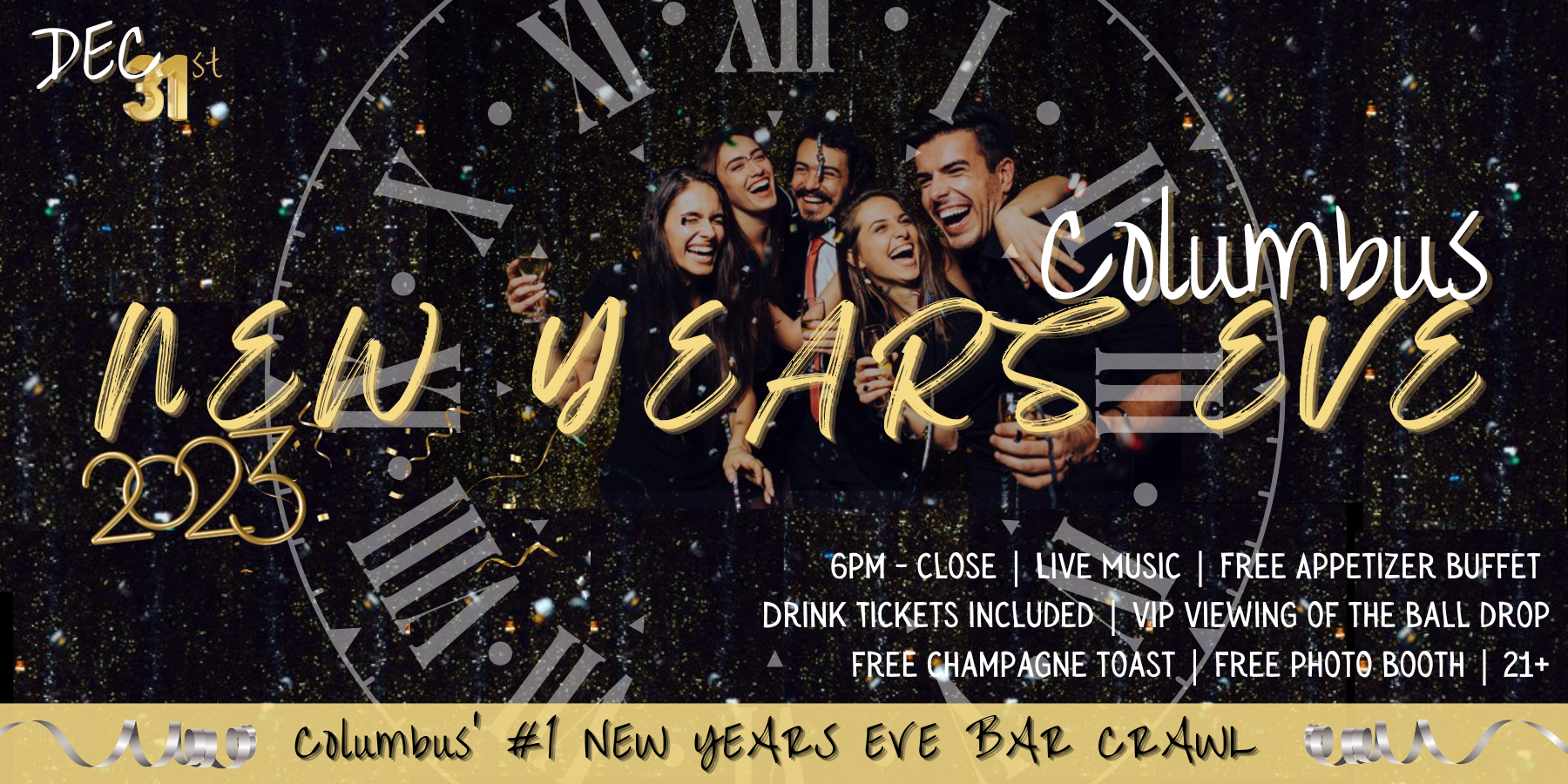 Colombus NYE Bar Crawl
Doors open at 6:00 PM
REGISTRATION BARS ARE JUST TO REGISTER, ONCE CHECKED IN YOU ARE FREE TO GO TO ANY BAR IN ANY ORDER !!! ! Columbus #1 NYE BAR CRAWL THE LAST 7 YEARS Your wristband gains you access to 4-6 Downtown Columbus bars , FREE entry to crawlers ($20-40 to non crawlers per bar ) BARS : Check In : Brothers Bar Gaswerks Whistle & Keg Novak Bar Potentially could be more added leading up to event! YOUR TICKET INCLUDES : Drink Tickets Complimentary Appetizer Buffet (served at 6:30pm) Photo Booth + Back Drop For Photos Champagne Toast Live Music/Karaoke Dj's at various bars VIP viewing of ball drop Drink Specials Food Specials You will receive an itinerary upon check-in with all venues, specials, offerings for night !!! ! 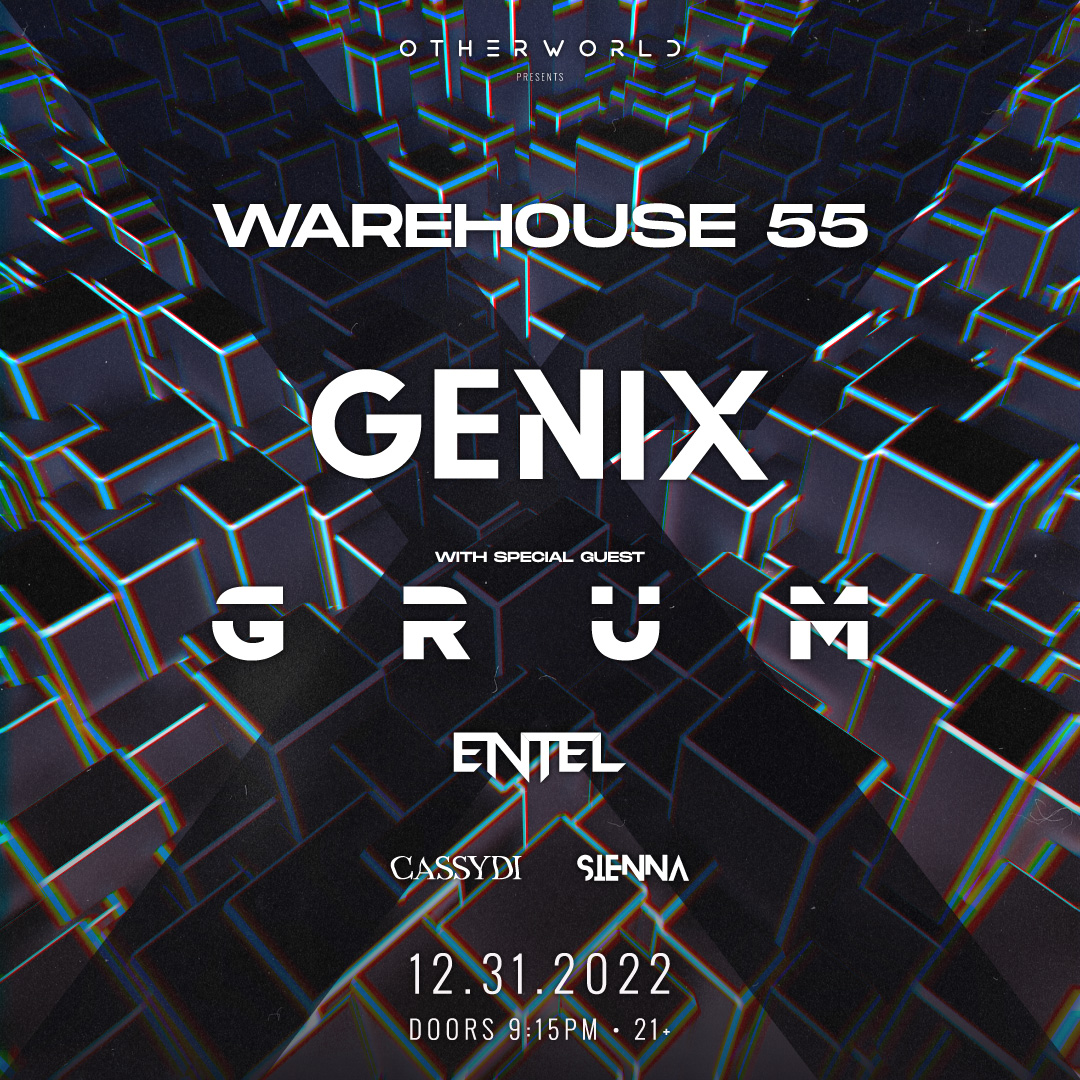 Warehouse 55 w/ Genix and Grum | Otherworld NYE
Doors open at 9:15 PM
Join us at Otherworld for NYE as we celebrate the changing of the year with a special Warehouse 55 set, featuring performances by Genix and special guest Grum, alongside Entel, cassydi, and Sienna! Doors at 9:15 PM 21+ (Valid ID required) Prohibited items: - No drugs or weapons - No flow toys (Hoops, poi, staff, etc) - No outside food and drink (Alcoholic and non-alcoholic) *Free water will be available in our lobby and bottles can be purchased at each of our bars or giftshop* - No bags larger than a standard fanny pack. GENIX: Genix has deep roots in dance music that have helped his production career to grow exponentially since his debut release in 2003. Since then he has become a mainstay of Anjunabeats, with other releases on Armind, Vandit Records, Enhanced Records and Reset Records to name a few. DJing alongside the world’s elite along the way, he has become a huge name in his own right. Pushing an explosive new sound that makes a departure from many of his previous works, he is one of the most exciting acts in Anjunabeats’ impressive stable. With no compromise in his style across his 100+ released singles and remixes, he is an artist who is truly dedicated to his scene. Collaborating with and remixing the likes of Armin van Buuren, Above & Beyond, Gabriel & Dresden and Cosmic Gate, he has become part of the fabric of the scene. His formidable sound blends the most vibrant elements of trance, techno, house and progressive into a potent, high octane cocktail. With a penchant for in-your-face textures and sounds set against stunning melody and beautiful atmospherics, his sound is at the vanguard of the trance movement. Blending reverence for the formative sounds of a 1990s dance music upbringing with the sounds of now, his tracks are consistently among the most spinetingling in the scene. GRUM: From his beginnings as part of the electro house zeitgeist through to his current status as one of the most innovative producers in the wider realms of trance and progressive house, Scottish producer Grum has always been a captivating force. A major part of the scene-leading Anjunabeats label, he's equally impressive whether producing one of his trademark bold, colourful spinetinglers or one of his deeper more atmospheric tracks. Pushing a darker, edgier sound than many of his scene contemporaries, he sets himself apart from the pack. 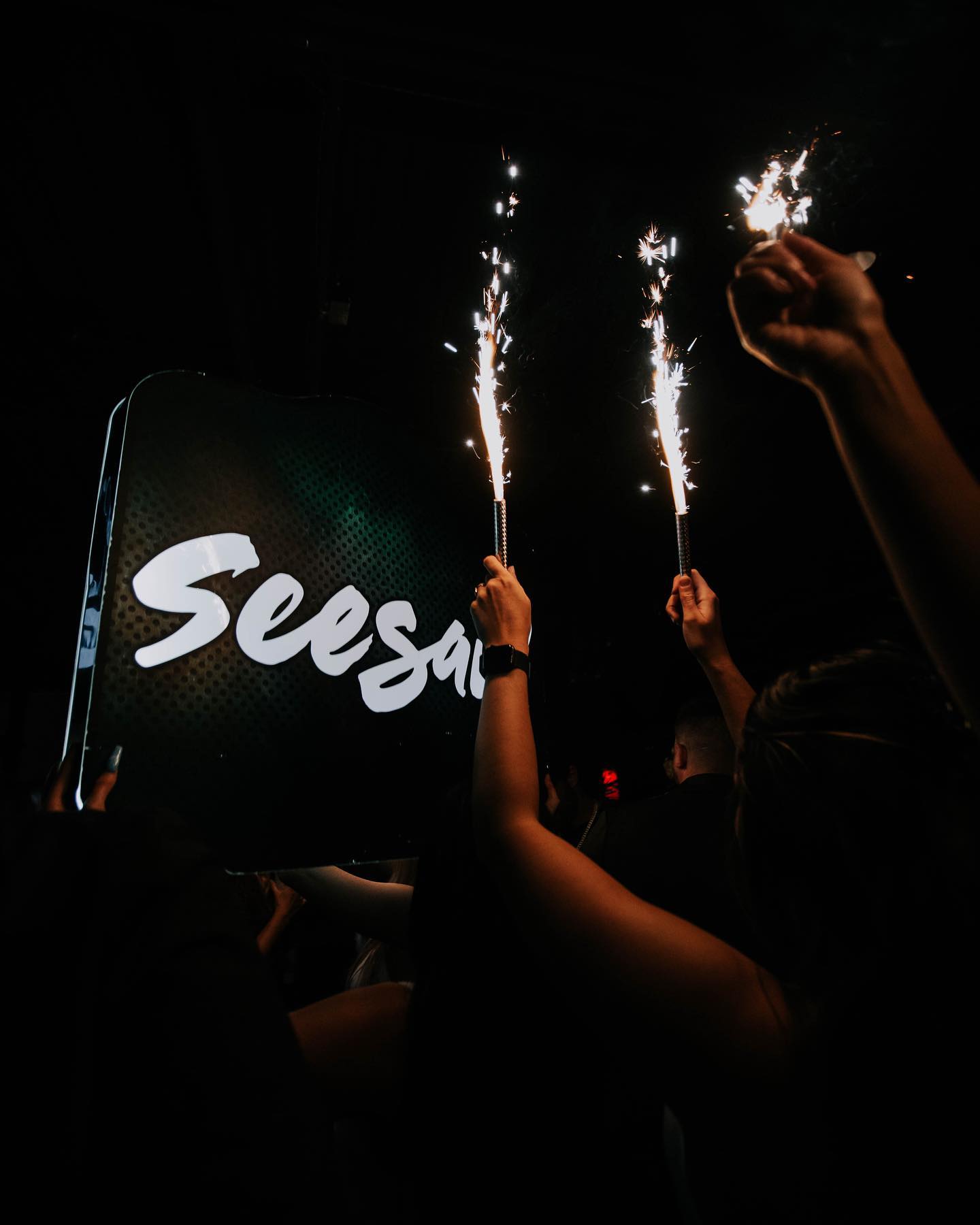