Best You Say Party! We Say Die! Songs of All Time – Top 10 Tracks 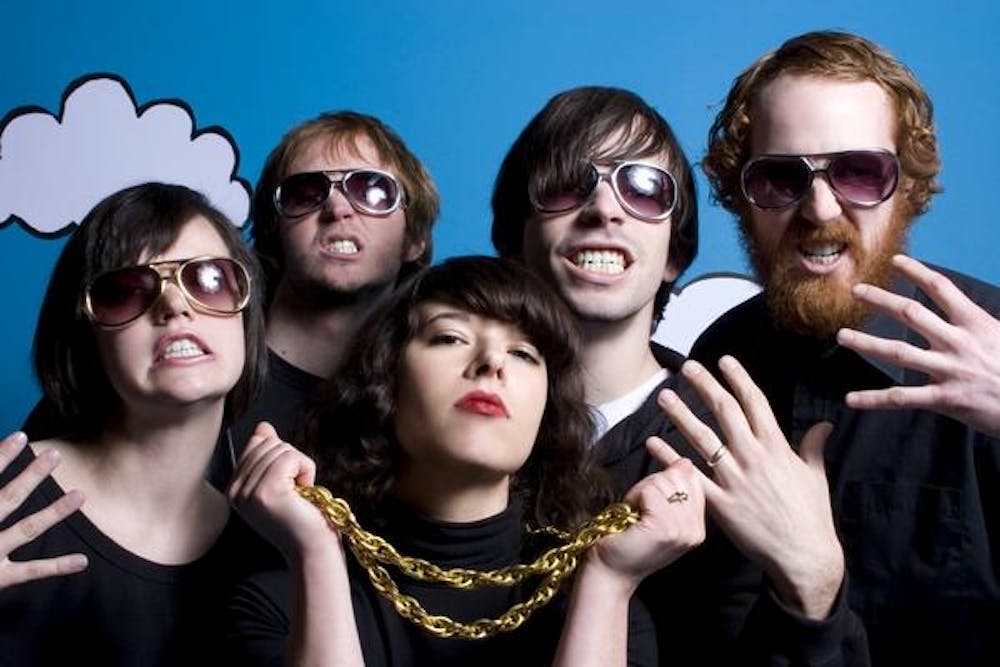 Follow You Say Party! We Say Die! to get alerts about upcoming events and special deals!

You Say Party! We Say Die! has performed in venues such as: Teatro Barcelo

Without further ado, here are You Say Party! We Say Die! top 10 tracks of all time:

1. The Gap (Between The Rich And The Poor)

3. There Is XXXX (Within My Heart)

You Say Party! We Say Die! (often abbreviated to YSP! WSD!) is a Canadian five piece dance-punk band from Abbotsford, British Columbia. Their album Hit the Floor! was released in September 2005, and the band recently completed their second Canadian tour, an appearance at South by Southwest and a tour of the United States, before touring the United Kingdom and Germany.

You Say Party! We Say Die! was conceived by Stephen O'Shea and Krista Loewen in November 2003. The band was birthed out of a bike gang known as "The Smoking Spokes". December was too cold to ride bikes, so they started jamming in Becky's parents' basement.

You Say Party! We Say Die! played their first show in April 2004, and gained some instant notoriety for their "willingness to play anything, anywhere, anytime."Their first show was played in a church basement in Abbotsford opening for Fun 100. That year, they independently released their first EP, danskwad (pronounced: "Dance Squad"), which is, according to different sources, a reference to the people who came to their shows, a name considered early on the for the band, or the name of a more or less unrelated earlier band.

In 2005, the band began receiving press as the five members toured Canada,opening for such notable acts such as The Blood Brothers and Pretty Girls Make Graves. They released a full-length album, entitled Hit the Floor!, in September, received some positive reviews,and performed at Pop Montreal!

In 2006, Edmonton Label Reluctant Recordings released Hit the Floor on vinyl, as You Say Party toured Canada for the second time. The group appeared at SXSW and was interviewed on MuchMusic, as they received funding for a video of The Gap from VideoFACT. You Say Party toured the United Kingdom and Germany in May/June 2006, then continental Europe with a focus on the UK in August 2006, released a single for The Gap on UK label Cheesedream, and one for You Did It! on UK label Sink & Stove.

In January 2007, after months of speculation, You Say Party finally signed an album deal with Toronto based Paper Bag Records label. The label features such artists as Uncut and Tokyo Police Club. The band released their new album, Lose All Time, on March 20, 2007 in Canada. Lose All Time has been released by Fierce Panda Records in the United Kingdom and PIAS in Germany, Austria and Switzerland.

No upcoming events with You Say Party! We Say Die!