Best We Are Augustines Songs of All Time – Top 1 Tracks 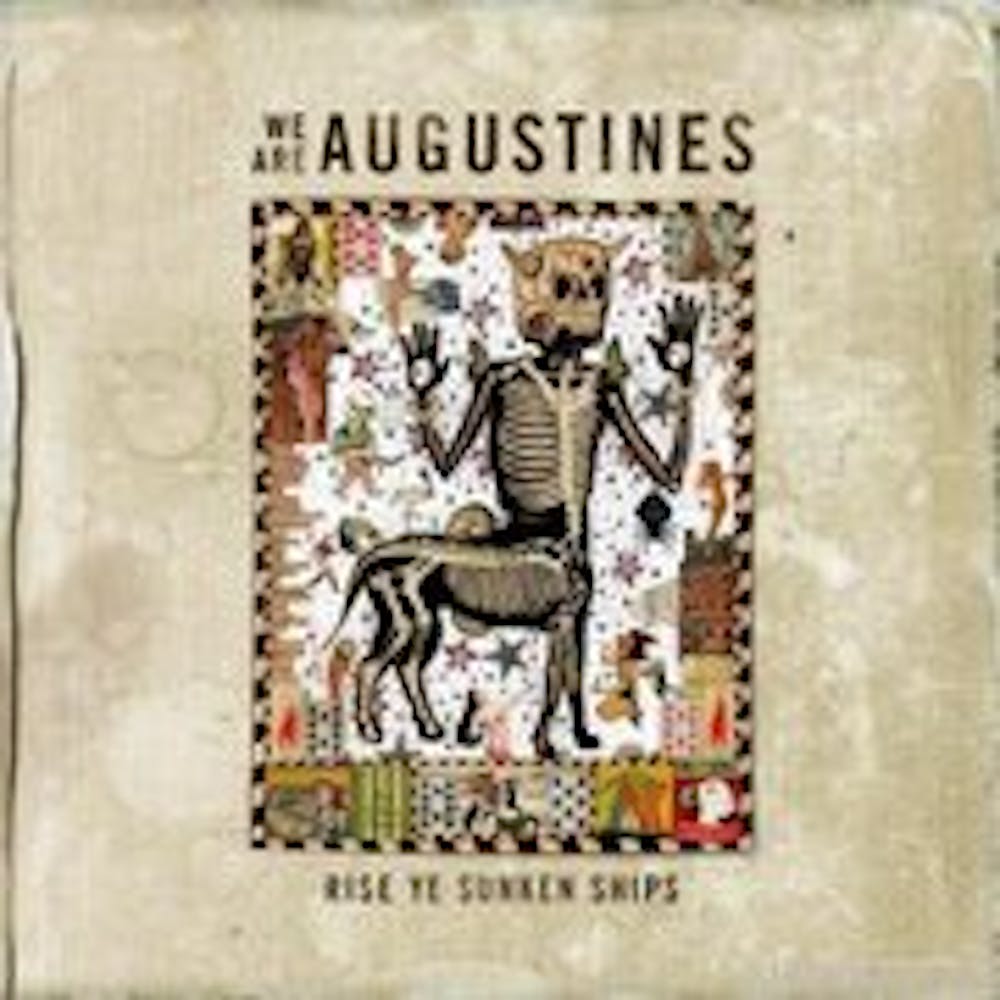 Follow We Are Augustines to get alerts about upcoming events and special deals!

When I first saw the title Rise Ye Sunken Ships and heard We Are Augustines‘ literate, anthemic rock, I figured it had to be ripped off from classic literature.

Without further ado, here are We Are Augustines top 1 tracks of all time:

We Are Augustines Details

When I first saw the title Rise Ye Sunken Ships and heard We Are Augustines‘ literate, anthemic rock, I figured it had to be ripped off from classic literature. It’s always great to see bands allude to the literary, so I did some Googling, but I turned up no literature, just references to the album itself. It stunned me that We Are Augustines’ album title hadn’t been used already. After all, there’s nothing new under the sun, right? It’s a testament to the grandiose leanings of We Are Augustines’ lead singer and lyricist Billy McCarthy, who coined the title, and multi-instrumentalist Eric Sanderson.
And Rise Ye Sunken Ships has no lack of sonic grandiosity, either. The guitars sweep, the keyboards arpeggiate, and the legato vocals soar with melody on top of heartrending melody. The McCarthy-penned lyrics? Well, those take some getting used to.

McCarthy and his personal trials, pivotal to the confessional, tender, and tough aesthetic of We Are Augustines’ music, would make anyone want to curl up and die. And they’re the crux where We Are Augustines’ heartwrenching lyrics were birthed. McCarthy grew up without his biological father, and, at a young age, his mother was diagnosed as schizophrenic. McCarthy, with his siblings, was put into foster care. As an adult, his younger brother was also diagnosed with schizophrenia. McCarthy’s brother would eventually take his own life while institutionalized.

This traumatic ordeal with McCarthy’s brother happened during the creatively fertile ground-laying for Rise Ye Sunken Ships. To make matters worse, another part of McCarthy’s life was falling apart: Pela, McCarthy and Sanderson’s former band, was floundering. The members were trying to record a new record and play shows, but they were drifting apart at a time when the stakes had never been higher, aggravating McCarthy’s already-high stress and frustration. The best encapsulation of this borderline neurosis seems to come in the chorus of “Headlong Into the Abyss” (“Call the police/go ahead call your shrink/call whoever you want, call in the National Guard/call the police, go ahead call your priest/call whoever you want”).

The songs, the spare parts and raw elements of which were transplanted into Rise, recall the best distillations of early U2 (a proclivity toward huge, emotional, and anthemic rock songs), Bruce Springsteen (a dramatic use of keyboards with personal, confessional lyrics), The National (sharing similarly frantic, snappy post-punk drums and Brooklyn indie cred), and their former band. The themes that were merely ambient on Pela’s full-length, Anytown Graffiti, are firmly pronounced here: the lead-off track “Chapel Song” has heavy bits of conflicted Catholic faith and fraught unrequited romances, “Juarez” has a powerful sense of place and head space and “New Drink for the Old Drunk,” which professes the grit and hope needed to rise above all things.

As emotionally exorcising as We Are Augustines’ music is, it uses hope and a promise for salvation and recovery as its primary instrument. It’s practically in Sanderson’s guitar sound, and it’s definitely in McCarthy’s vulnerable, raw wail. Like triumphant, tragic heroes of classic literature, Sanderson and McCarthy rose. Rise ye sunken ships, indeed.

Browse We Are Augustines Events

Upcoming We Are Augustines Events

No upcoming events with We Are Augustines