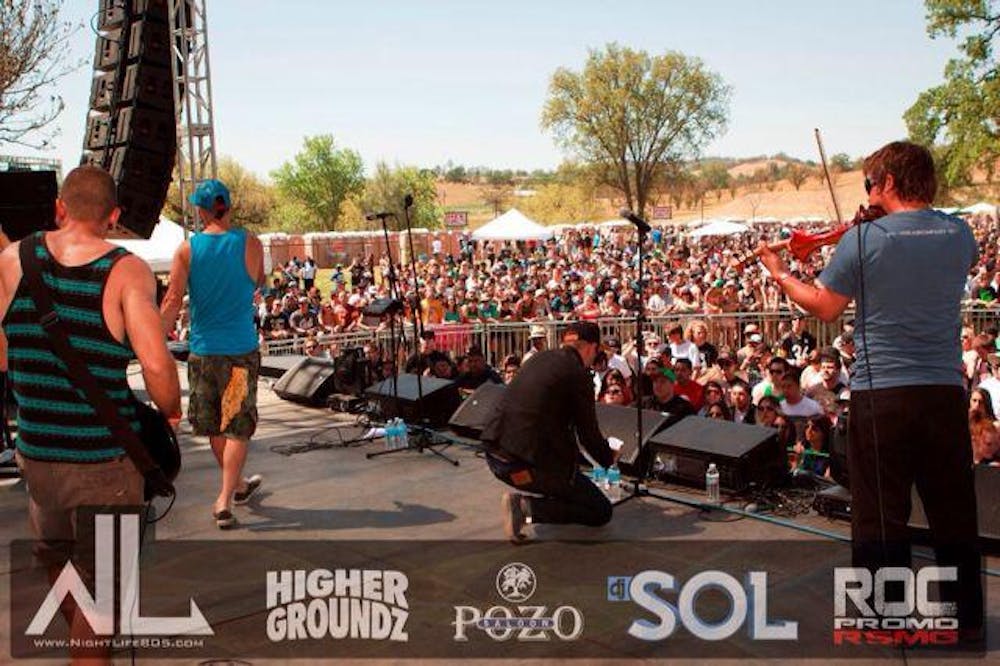 Follow Vokab Kompany to get alerts about upcoming events and special deals!

Vokab Kompany has performed in venues such as: Music Box, Singularity, Starbase Festival

Without further ado, here are Vokab Kompany top 10 tracks of all time:

Vokab Kompany are two MC/singers from San Diego, California. Their new album, VKCE, a collaboration effort with up and coming production/musician duo Crush Effect, has been critically acclaimed and filled a void at the intersection of the hip-hop and EDM worlds. ‘VKCE’ is Hip-hop, it’s electronic, it’s indie - it’s a shout out to the past, and a taste of the future. Vokab Kompany’s Matt Burke describes the experience: “As musicians, it’s an ever evolving world; genres are a thing of the past, so we (VK) were really lucky to have teamed up with producers that pushed the boundaries of our boxes. We got outside our comfort zone, stamped a VK next to CE, and the result was something new entirely.”

The brazenly dynamic sound on VKCE has quickly garnered the attention of television and film. The record already has two national commercials, for a major carmaker (debuting 2013) and Southern Comfort. The album debuted at #47 on the iTunes hip-hop charts, behind only major-label releases from T.I. and Chief Keef among all hip-hop records released that week.

The team has been blessed with a slew of great press. In addition to a feature on electronic music in the August print edition of SPIN, and "climbing" George Washington Bridge with Al Roker, the band has won best hip-hop group at the San Diego Music Awards for three years in a row, and even impressed Prince Charles when he stopped by Solana Beach's Belly Up to catch a VK show.

No upcoming events with Vokab Kompany