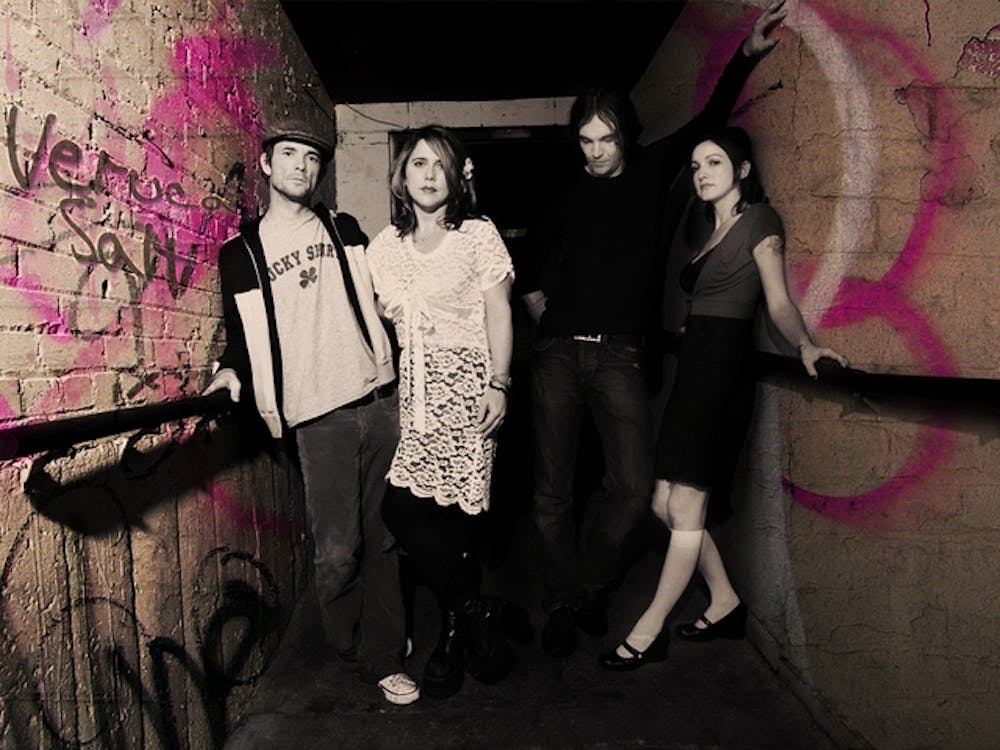 Follow Veruca Salt to get alerts about upcoming events and special deals!

Veruca Salt is an alternative rock group of the 1990s, named after Veruca Salt, a Charlie and the Chocolate Factory character who refused to accept "no" for an answer.

Without further ado, here are Veruca Salt top 10 tracks of all time:

Veruca Salt is an alternative rock group of the 1990s, named after Veruca Salt, a Charlie and the Chocolate Factory character who refused to accept "no" for an answer. Louise Post (guitar/vocals), Nina Gordon (guitar/vocals), Steve Lack (bass) and Jim Shapiro (drums) formed in Chicago, Illinois, releasing "Seether"/"All Hail Me" on Minty Fresh Records, an independent label, in 1994. The single was a success and Veruca Salt accompanied Hole on a tour, then released their debut full-length LP, American Thighs.

After signing to Geffen Records, the band quickly gained in popularity as "Seether" became an MTV hit. The EP Blow It Out Your Ass, It's Veruca Salt! was released in 1996. Veruca Salt's popularity skyrocketed after their second full album, Eight Arms to Hold You (1997), was released; the album generated two hit singles: Volcano Girls and Shutterbug. Shapiro left the band soon after the record was released and was replaced by Stacy Jones (of Letters to Cleo).

In 1998, Gordon left the band acrimoniously to pursue a solo career (her debut album Tonight and the Rest of my Life was published in 2000). The undisclosed dispute between Gordon and Post has been described as "one of the greatest rock soap operas since Fleetwood Mac or Husker Du."{{ref|erlewine}}

Post reformed the band with Stephen Fitzpatrick (guitar), Suzanne Sokol (bass) and Jimmy Madla (drums), signing with Beyond Records. The debut album with the new lineup was 2000's Resolver.]

December 2002 saw the bands album Resolver released in Australia led by the single "Born Entertainer" which charted at number 1 on Australia's most well known and biggest alternative radio station Triple J. Following the released of "Born Entertainer" both "Yeah Man" and "Officially Dead" were released to radio and also charted in the top 20. "Officially Dead" was releasd a digi pack single in July of 2003 and featured the two new demos "Straight Jacket" and "Blissful Queen". Veruca Salt toured Australia during July of 2003 and played to sell out shows and played as one of Splendour In The Grass festival headline bands alongside Placebo, Coldplay, and Goldfrapp.

The band were invited back to Australia at the end of 2004 to do a series of headline and festival shows. This tour saw a new line up of the band while took in the major cities of Australia. Like the previous tour this tour saw the band play to sold out crowds. Upon the return from Australia Veruca Salt played a show at the iconic Viper Room.

2005 will see the release of a new EP and will see the band complete a tour of America during the fall. The EP, to be released independently at the band's live shows and via their website, aptly entitled, "Lords of Sounds and Lesser Things," includes six new songs and is a prelude to a full length album due Summer, 2006. The title of the band's 2005 EP, "Lords of Sounds and Lesser Things," is an extract from Zora Neale Hurston's, "Their Eyes Were Watching God."

No upcoming events with Veruca Salt