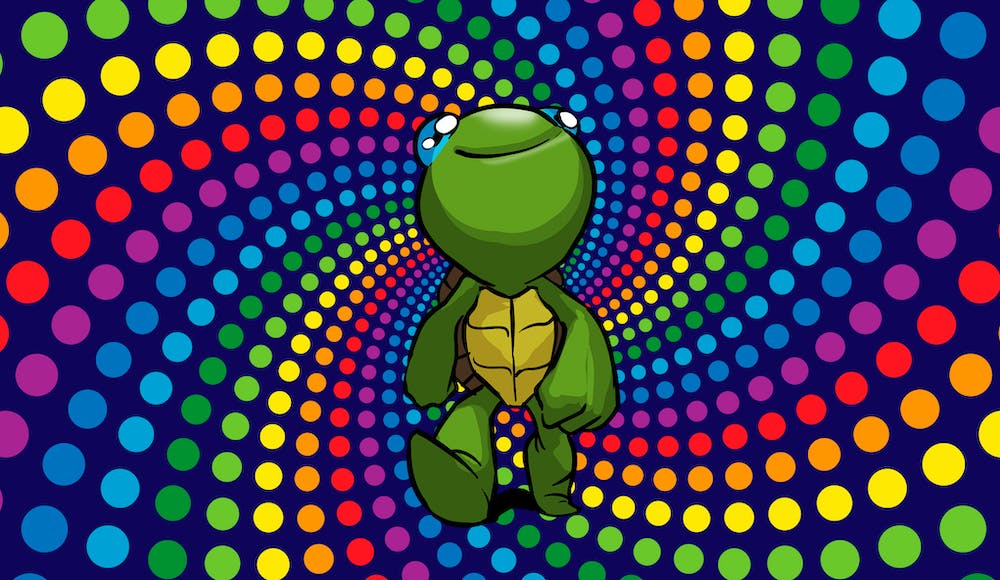 Follow Trippy Turtle to get alerts about upcoming events and special deals!

Trippy was born on a cold beach somewhere in northern europe.

Trippy Turtle has performed in venues such as: Time, Academy, 1015 Folsom, House of Yes

Without further ado, here are Trippy Turtle top 2 tracks of all time:

Trippy was born on a cold beach somewhere in northern europe. From an early age he was exposed to beautiful skinnydipping scandinavian women and rnb-music on wack boomblasters, influences you can still hear in his music today. And the charming young tortoise quickly became a true ladies turtle.

One warm summer night in the middle of mating season, Trippy was caught in a fishing net and came aboard a fishing boat from Jersey. Talking his way out of becoming a part of today’s stew, he became friends with the crazy chef Molly which fed him with all sorts of crazy things for her entertainment. It is widely believed that this caused the trippyness of young Trippy.

After many weeks, the fishing boat arrived in Jersey and our hero started his long journey to the other side of the street. On his journey he met many other cool party-animals and together they formed the infamous gang “FoFoFadi Foodchain”. Rumors are that our trippy turtle had terrible pronounciation and the gang was originally called “No More Sardines”.

One day it all changed… Trippy got into a fight with Disco Duck and Disco tossed him into a wall. The sounds the shell made shocked the whole crew. Turtle immediatly called his mother and she confessed his long lost father Roland was indeed… an 808. With his new found roots, Trippy told his friends and family that he wanted to do music. And so he did.

The gang scraped together all the sardines they could get their hands on and traded them for an old squeeky macbook. They now take turns throwing Trippy at the macbook and record the outcome.

No upcoming events with Trippy Turtle