Best Tonite Only Songs of All Time – Top 10 Tracks 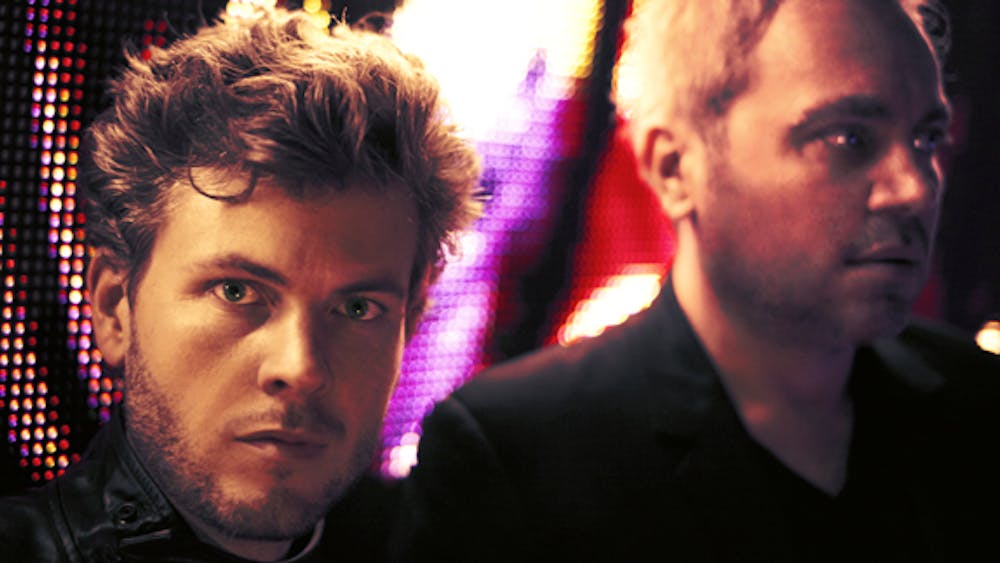 Follow Tonite Only to get alerts about upcoming events and special deals!

Think you know Tonite Only? You might be well read on the individual careers of Tonite Only’s two super-powered creators Sam La More and Groove Terminator with both producers sporting impeccable club pedigrees as well as never-ending personal discographies.

Without further ado, here are Tonite Only top 10 tracks of all time:

Think you know Tonite Only? You might be well read on the individual careers of Tonite Only’s two super-powered creators Sam La More and Groove Terminator with both producers sporting impeccable club pedigrees as well as never-ending personal discographies. Or you may also know their previous work under the Tonite Only banner like Danger (The Bomb), Where The Party’s At and remixes for Princess Superstar and Sneaky Sound System which seemed to define Australian dancefloors back when the duo originally got together in 2005. But think again, because all that’s just a prologue to the Tonite Only of 2011.

After moving on from the moniker at the top of their game when the “electro bubble” showed signs of bursting, Tonite Only has been reborn in 2011 with La More and GT joining forces once again to decimate club-goers and cram some extra lightning into their already overstuffed bottle.

As you’d expect from such a high profile reunion, Tonite Only are coming back stronger than ever, re-energised and rebuilt with an arsenal of fresh productions and the same spark that made them so on-point originally. The first phase of the duo’s grand return comes with the turbo-charged electro-house burner We Run The Nite, a tune that struck its creators as instantaneously as it has club-goers around the world. Locally, the track signaled the successful return of the duo, We Run The Nite taking out the coveted Number 1 spot on the Aria Club Charts for 11 consecutive weeks!

“It’s got a lot of hooks in the wrong places and beats are way bigger than they should be but somehow it all makes sense on the dancefloor. Just ask the people losing themselves at the club when we play it; they think it works and that’s what we care about.”

We Run The Nite is just the first step for what the duo are calling version “2.0” of Tonite Only, with their latest work, a remix of Example’s new smash single Stay Awake, appearing in dj sets around the world, there is no doubt that Tonite Only are well and truly back, and more ambitious than ever, surging forth with plans to take Tonite Only out of clubs and onto massive festival stages with a eye-pleasing and ear-popping new live show. Speaking about their live future in hushed, reverential tones, the duo have declared that their debut live show has a concept that’s “never been tried before”, with ambitions to place it in front of “masses of people” at a festival like Coachella.

While all that might seem like looking a little deep into the crystal ball, it’s a clear indication that the revitalised Tonite Only mean business. It’s two producers at the top of their game making the no-holds-barred kind of dance tunes that only they can and they’ll be infiltrating your ears in no time.

No upcoming events with Tonite Only