Best Tone of Arc Songs of All Time – Top 10 Tracks 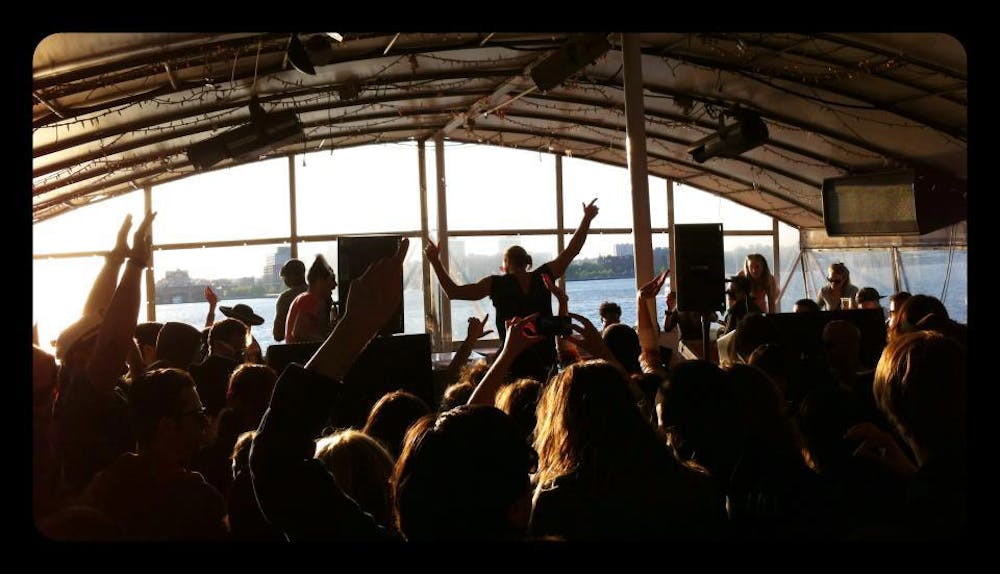 Follow Tone of Arc to get alerts about upcoming events and special deals!

San Francisco producer Derrick Boyd aka Dead Seal, now ToneOF Arc a duo/band production with partner/vocalist Zoe Presnick have beenmaking music for most of their lives, two of those special individualspossessed with a wide range of musical expression.

Tone of Arc has performed in venues such as: Great Northern, Parlour

Without further ado, here are Tone of Arc top 10 tracks of all time:

3. Deep Is The Breath - PillowTalk feat. Tone of Arc Remix

San Francisco producer Derrick Boyd aka Dead Seal, now ToneOF Arc a duo/band production with partner/vocalist Zoe Presnick have beenmaking music for most of their lives, two of those special individualspossessed with a wide range of musical expression. Tone Of Arc brings a glimpseof real musicality to the underground tech house and indie house scene,something rarely experienced on the dance floor. In the studio they have carvedan austere path of "Nuclear Winter" atonality and Skinny Puppytheatrics to create, what could be best described as, "otherworldly". They also sing, play guitar, bass, and keys and it's this vast seaof musical expression that creates a sense of a Grand-Guignol cabaret for rivetheads. This sense of bravado and daring blurs the line between traditional liveperformance and the microprocessor obsessed futurism. Tone Of Arc's powerfulstage presense drawn from old school cats like Iggy Pop, The Clash, and Bowiehelps to partially define the originality of his music. Boyd himself describes these new directions insound as discovering the infinite within the mortal remains and posits thatthis is the dichotomy of existence. Even the alias Dead Seal is part of hisphilosophy acting as "a symbol of my past, present, and future lives-reminding me that I am more than just a man." Tone Of Arc, in short meansfor the sound of the laws of creation, a name born from the wonder of the soundthat holds all things in the universe together.

Boyd and Presnick have been recording junkies since their teens. Boyd hascreated a volume of more than a two hundred songs and tracks which he jokinglyrefers to as his "Dead Seal Scrolls" . In the midst of all theiractivity, a debut full length album on the ever expanding inspirational houserecord label No.19 owned by Nitin and Jonny White of Art Department is due atthe end of summer in 2012 with 3 Ep's to be released before so marking a long andanticipated wait of 2 years dedication to execute a perfect album release. Comeshort they have not and their live set completes the experience %110.

So Why has so little been released as Dead Seal and why the change of name toTone Of Arc? Boyd responds in his own inimitable style, "There is alwaysroom for improvement and I am really hard on myself and demand a lot of myselfbefore I die. I have kept my music a secret for so long that it was too earlyfor me to have any real accomplishments till recently. But I assure everyonethat the best has yet to come, I'm just getting warmed up with a name change tomatch the level of achievement. 'Bout time after 200 hundred songs and twentysix years of hoarding bombs. "Music takes a lifetime, you can never stop onceyou have chosen to inspire those around you I just never got around to sellingmyself cause I wanted the music to bring me to the right people. I have alwaystrusted in the light and it's family of open hearted genius to bring mehome".

Thebeginning of something great and refreshing to the world of enthusiasticears.
"TONE OF ARC".

2012 will be a blast. In all the commotion around us, we must not forget tostay true to ourselves and celebrate new things and new people and new beginnings.More importantly we must not forget "the sound of the laws ofcreation". To be of the highest self you can be for not only yourself butfor humanity and for nature.

We are in an era that constantly speeds up and big ideas and big music slipsthrough the quickening as songs become forgettable and our tension spans widenthough the never ending list of new songs and new producers/musicians. It is ofour intension to make music that inspires all walks of life though till thetime it is no longer. However long that is it will not be forgotten.

Bringing it all together and using every element possible in a classy, fun, andfamiliar way, Tone of Arc collects all major inspirations of music mostfamiliar being punk, rock, jazz/blues, pop, 80's, disco, house and soul. Eachsong telling a story and produced with all the right math behind clearintensions of a greater tomorrow lead by greater people.

We are extremely excited to release a life time of musical evolution and asolid year and a half of nonstop production in making the next new soundstanding in the clear of it's own path. Keep a watch out for TONE of ARC as themusic will be yours very soon.

No upcoming events with Tone of Arc