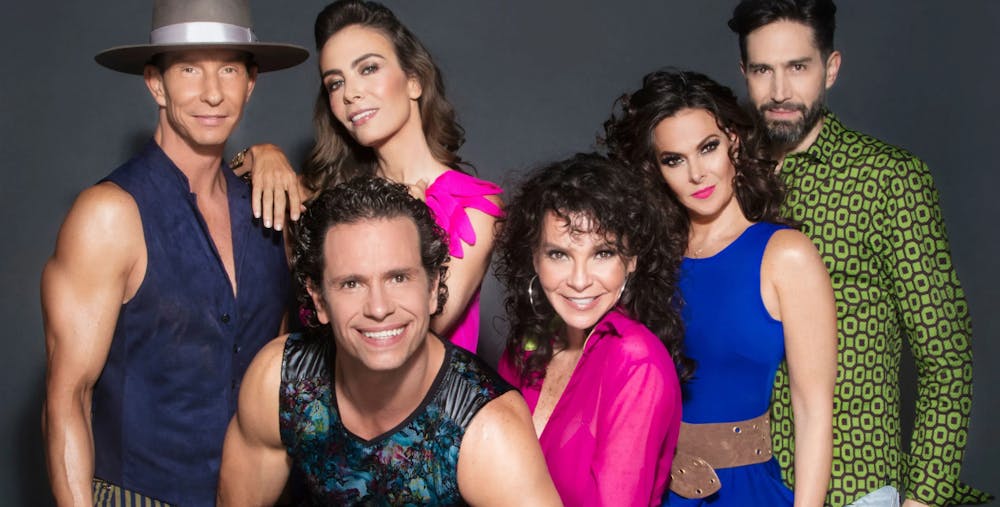 Follow Timbiriche to get alerts about upcoming events and special deals!

Timbiriche is the name of a Mexican group that debuted on April 30, 1982 during a broadcast of the news program Hoy Mismo with Guillermo Ochoa.

Without further ado, here are Timbiriche top 10 tracks of all time:

Timbiriche is the name of a Mexican group that debuted on April 30, 1982 during a broadcast of the news program Hoy Mismo with Guillermo Ochoa. Timbiriche included six children, most of whose parents were famous actors/singers/composers.

Their names were Paulina Rubio, Sasha Sokol, Benny Ibarra, Diego Schoening, Mariana Garza, and Alix Bauer. Later on, Erick Rubín would join the sextet. The name "Timbiriche" is the Spanish (Latin American Spanish) version of the game Dots and Boxes. In 1985, the group starred in the teenage version of the stage production of Grease (Vaselina in Spanish), going on tour to major cities in Mexico. By 1986, when they were all teenagers, the band's fame was almost at its highest.

Thalía replaces Sasha and Eduardo Capetillo replaces Benny Ibarra, but they continue to succeed. Sasha's leaving of the group was very hard for the fans to accept as she was one of the favorites, and Thalia had a lot to live up to. Other famous replacements for the original members of the group were Bibi Gaytan and Edith Márquez. Diego Schoening was the only one to never leave the group. In 1990, the album 10 saw the light and with the same success as the previous ones. In 1992, most of the members left the group and where replaced with new ones. They released 11. Surprisingly, the group managed to mantain its popularity.

The final album released was 12. After that album, the group officially ended. In 1998, for the Mexican summer show Acapulco '98, the original group (plus Erik Rubin) reunite (plus Erick Rubín). With the success of the reunion show, a 4-night engagement is booked at the National Auditorium in Mexico City. The 10,000 seat theater sells out instantly, generating the need for at least 16 show. In the end, the group performs a total of 20 shows, breaking the record of 17 shows at that venue previously set by Luis Miguel. Later, they went on a national tour, from which came a live double album and three new songs, "Está Despierto", "Suma Cósmica", and "La Fuerza del Amor". "Está Despierto" was released as a single. With a new album named e5 Timbiriche which was released November 2006 they come out with 5 new hits and probably the last.

No upcoming events with Timbiriche