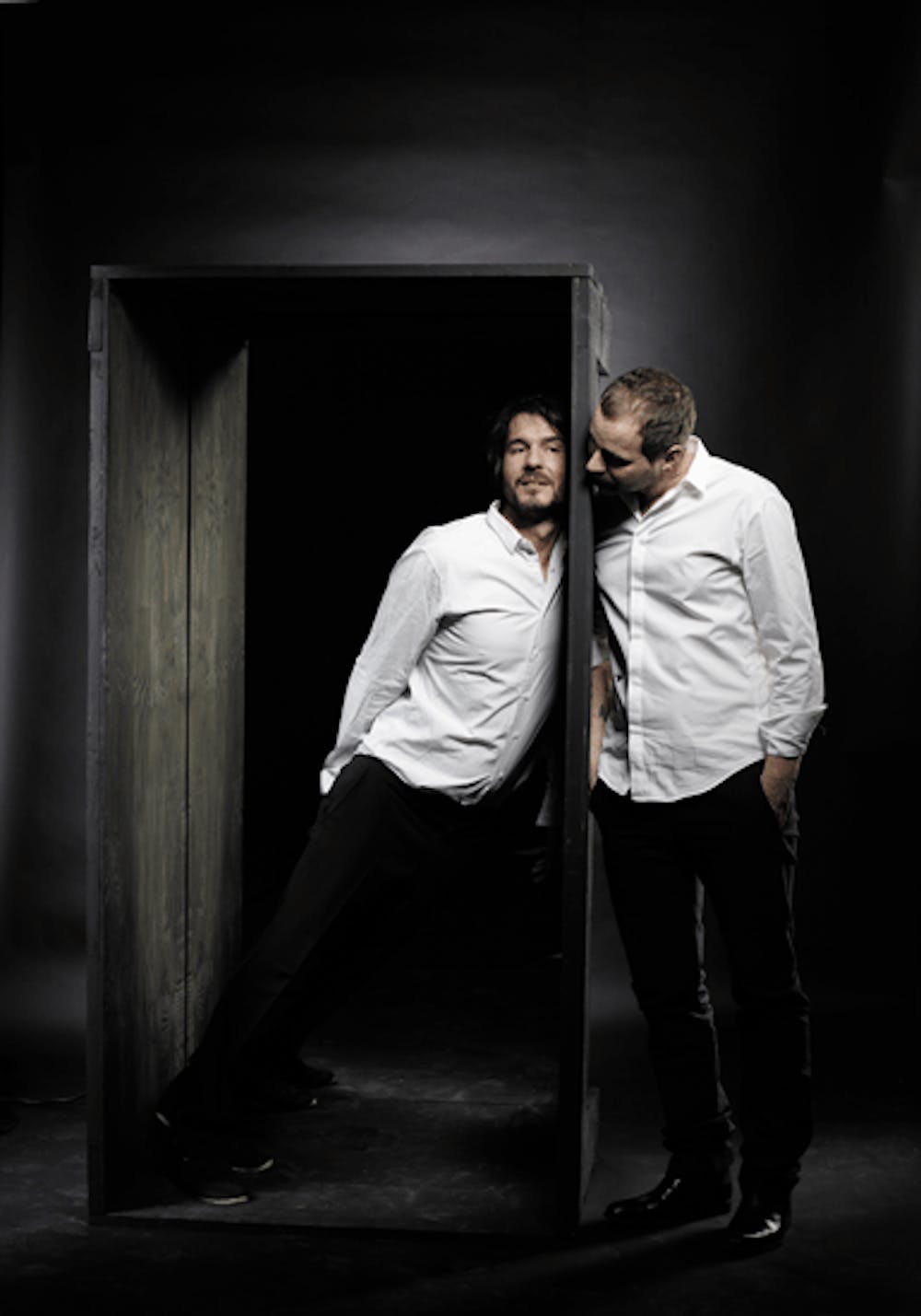 Follow Tiefschwarz to get alerts about upcoming events and special deals!

Without further ado, here are Tiefschwarz top 10 tracks of all time:

3. Hold Me In Your Arms Again (Ali Schwarz's Dance Tili You Popo RMX)

9. From: Disco To: Disco - Tiefschwarz Remix

Ali and Basti Schwarz – brothers and music lovers, created Tiefschwarz out of a passion garnered since 1990 from their first experiences as DJs at the now legendary clubs that Ali ran in Stuttgart "ON -U" (1990 – 1993) and "Red Dog" (1993 – 1997). These experiences and their obsession with the music they were hearing from within and across the German border, encouraged them to make the step from DJ to producer.

In 1996 Tiefschwarz was created and they began working together with acclaimed producer Peter Hoff in Stuttgart. After a few remixes, their first single "Music" was released in 1998 on Benztown and "Wave Music" NY. The success of the single motivated Tiefschwarz to record their debut album "Ral 9005" which came out on Four Music in 2000. "Ral 9005" was then seized upon by Derrick Carter & Luke Solomon for their Classic Recordings label in the UK in 2002. The album and the subsequent 4 singles (Thru a Little Window, Hello Again, Never, Nix) were received enthusiastically by both the English and international press, not to mention a growing fan base of music aficionados.

In 2002 Classic also released Ali & Basti’s mix album "A Little Help For Your Friends" and their DJing career reached new heights with tours in Australia, USA as well as gigs as far afield as Brazil and Russia. They have residencies at Robert Johnson in Frankfurt, Weekend Club in Berlin and Fabric in London.

2003 saw the brothers up sticks and move to the creative capital of Berlin where they set up a new studio along with new producer & friend Jochen Schmalbach. Continuing their burgeoning career as remixers (with previous greats such as their reworks of Masters at Work, Ultra Naté, Boogie Solitaire, Freaks, Isolee, Groove Armada) Ali and Basti have more recently remixed the likes of The Rapture, Cassius, Spektrum, Micatone, Lost & Alive, Lopazz, Osunlade, Minimal Compact, Trüby Trio, DJ Hell, Kelis, and Missy Elliott.

Their last single on Classic "Nix” was the grand finale to a very special relationship and from there they joined and helped create ‘Fine Records’ in London (a division of Four Music, their label in Germany). The first single was ‘Ghost Track’ accompanied by a Black Strobe remix followed by their fantastic ‘Misch Masch’ album which not only showcased their talent as DJs but also their remixing prowess on a double CD release.

The majority of 2004 and 2005 was spent juggling a high profile DJing career, whilst writing and producing their second and long awaited album ‘Eat Books’. The first single from the album ‘Isst was released in 2005 and was voted one of the best singles of the year by Trax and DJ magazine. After that came ‘Wait and See’ with vocals by Chikinki, Morning Siren’ with vocals by Matt B.Safer from the Rapture followed by ‘Fly’ with a Steve Bug remix and then ‘Damage’ with Tracey Thorn and accompanied by a brilliant Mandy remix.

2006 has been a big year for remixes, amongst other things. Three high profile remixes of Depeche Mode ‘John The Revelator’, Madonna’s ‘Get Together’ and Roxy Music’s ‘Rain Rain Rain’ are soon to be followed by Booka Shade’s ‘Darko’ and Soft Cell’s ‘Memorabilia’. Additionally, they released 2 mix albums – one for the outstanding Fabric series and the other in conjunction with the Time Warp festival in Germany.

2006 is also the year that Tiefschwarz began their own label – SOUVENIR. A project that Ali & Basti have excitedly planned for years has finally taken off and is committed to release some of the best new dance music we have heard for years. The first being a Tiefschwarz track called ‘Hey’, under their different moniker of ‘Ichundu’ which has prompted fellow DJs and the press to conclude that Tiefschwarz are once again at the top of their league. In the pipeline are tracks by Phonique, Riton & Stella Attar and Tom Mangan. www.souvenir-music.com. Tiefschwarz continue to play their residencies at Space, Ibiza, Robert Johnson, Frankfurt & Weekend Club, Berlin as well as their favourite clubs and festivals all over the globe.

2007 heralds the anniversary of ’10 Years of Tiefschwarz’ so look out for a new single in March, followed by a retrospective remix/comp album and a high profile worldwide tour. More news to come……

No upcoming events with Tiefschwarz