Best The Twelves Songs of All Time – Top 7 Tracks 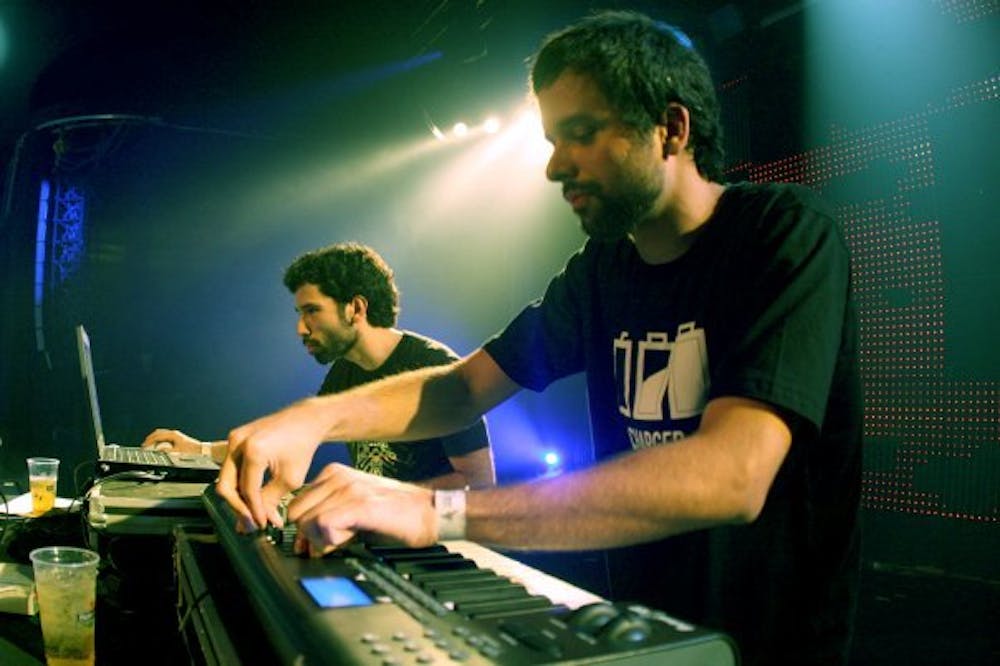 Follow The Twelves to get alerts about upcoming events and special deals!

Eye Industries is delighted to announce that they are exclusively releasing the first original material of Rio de Janeiro’s The Twelves.

Without further ado, here are The Twelves top 7 tracks of all time:

1. Something Good Can Work - The Twelves Remix

6. Beaches and Friends - The Twelves Remix

Eye Industries is delighted to announce that they are exclusively releasing the first original material of Rio de Janeiro’s The Twelves. Without a doubt The Twelves are one of the best production duos to have emerged from the blogs, their breakthrough came in July of 2007 when they remixed the track "Boyz" from M.I.A's sophomore album, Kala. The reworked track with an added club feel resulted in one of the most talked about remixes of 2007.

The blog coverage surrounding the remix was extensive and eventually the track started to appear in sets from high profile djs around the world, including Kissy Sell Out, who played it on BBC's "In New Djs We Trust" series.

The duo followed "Boyz" with equally well received remixes for Asobi Seksu and Erlend Oye, both of which featured on a number of blogs and music related sites. This caught the attention of a number of labels, including Modular Records who commissioned a "Twelves Remix" of the song "Get Lucky" by New Young Pony Club. This year has been a very successful one for The Twelves, they were most recently commissioned to remix big name tracks such as La Roux’s "In For The Kill", A-Ha’s "Take On Me", Groove Armada's "Drop the Tough" and Metric’s "Help I'm Alive". They also did a mini-mix for the BBC Radio 1 show, Annie Mac’s Mash-up, it was so well received that they have been invited back to do another one at some point in the year.

Their success on the blog scene has been phenomenal this year, their cover of Daft Punk’s "Night Vision" being number 1 on the Hype Machine on four separate occasions along with their Mini-Mix and the remix of A-Ha which also topped their charts.

The Twelves productions are always a constant force in the Hype Machine charts, such is the massive fan base they have in the online world they have amassed an astonishing 1.9 million plays on their myspace player too. They played SXSW, with Spin Magazine making them one of their nine unknown acts to watch at the event, they are making their UK debut at this year’s prestigious LoveBox event and are making their debut at Paris’ legendary Social Club.

Their live show is a one of a kind unique blend of live keyboards, drum machines, mash-ups and remixing on the fly. A key element for the duo is trying to improvise as much as possible, it’s the hottest ticket of 2010

No upcoming events with The Twelves