Best The M Machine Songs of All Time – Top 10 Tracks 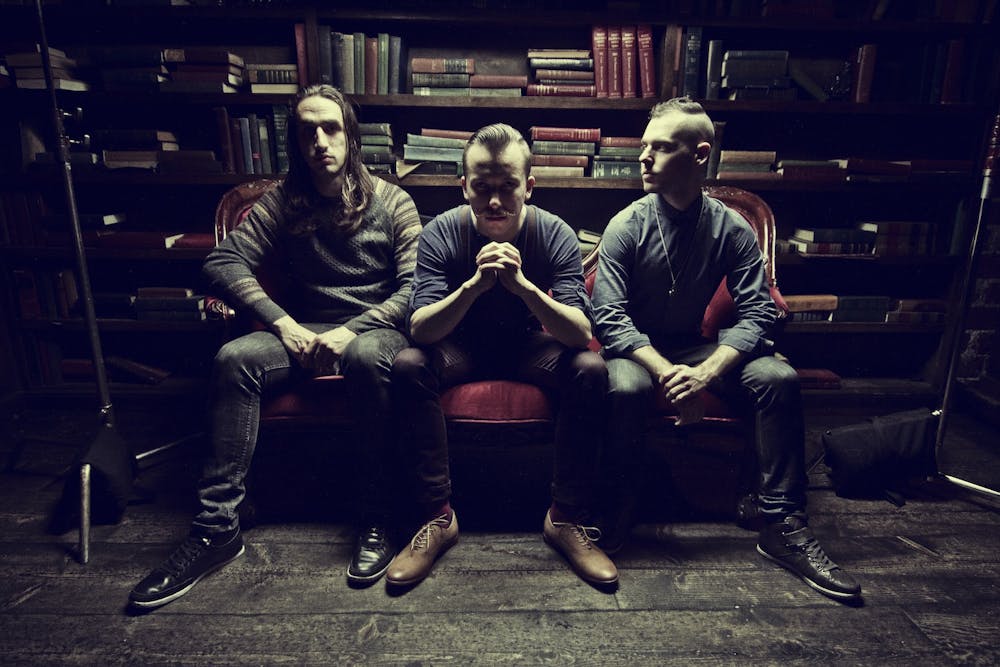 Follow The M Machine to get alerts about upcoming events and special deals!

Hyper-creative and sophisticated in craft, San Francisco-based electronic act The M Machine bring a rare mix of genre-bending ingenuity and refined musicianship to every element of their musical output.

Without further ado, here are The M Machine top 10 tracks of all time:

6. Shadow in the Rose Garden

Hyper-creative and sophisticated in craft, San Francisco-based electronic act The M Machine bring a rare mix of genre-bending ingenuity and refined musicianship to every element of their musical output. With their most recent EP—the five-song ‘Just Like’, released on Skrillex’s OWSLA label in November 2014—vocalist/composer/producers Ben Swardlick and Eric Luttrell deliver a deeply melodic and infectiously upbeat take on underground house. Not only a dramatic departure from their darkly charged earlier work, ‘Just Like’ finds The M Machine abandoning all EDM convention and creating a vocal-propelled, indie-minded breed of dance music that hinges on pure emotion and unbridled energy.

As with their many much-acclaimed remixes (such as their official reworkings of Bruno Mars’s “Locked Out Of Heaven,” Passion Pit’s “Take a Walk,” and Empire of the Sun’s “DNA”), the latest step in The M Machine’s artistic progression is both intensely club-oriented and boldly inventive. Revealing a supreme grasp of rhythm and groove honed in part from their lengthy live experience (including support slots on tours with artists like Porter Robinson and The Glitch Mob), ‘Just Like’ infuses The M Machine’s delicate balance of artistry and emotionalism into everything from the heady, bass-heavy throb of the title track to the heart-on-sleeve dream-pop of “Over/Love” to the sunny, spaced-out synth of “Don’t Speak.”

Both lifelong music obsessives who’d played piano and guitar since they were kids, Swardlick and Luttrell began experimenting with making melody-driven electronic music as students at the University of California, Santa Barbara. Though each brought his own distinct sensibilities to the collaboration—Luttrell grew up on new wave, West Coast hip-hop, and early-‘90s alt-rock, while Swardlick’s key inspirations include Gorillaz and the early electronic sounds of Herbie Hancock—the two bonded over a shared belief in prizing musicality over production finesse. Soon after graduating and moving to San Francisco, The M Machine crossed paths with Skrillex, showed their music to the six-time Grammy Award-winner, and ended up signed to his just-launched label by 2011. In April 2012, OWSLA put out The M Machine’s ‘Metropolis Pt. I’, a concept EP inspired by Fritz Lang’s groundbreaking 1927 sci-fi film. Like ‘Metropolis Pt. 2’ (a follow-up EP released in February 2013), The M Machine’s debut drew from the movie’s dystopian vision and constructed a lush but brooding sound that garnered serious critical praise and—along with the group’s appearances at major festivals like Electric Daisy Carnival, Ultra Music Festival, and Tomorrowland—helped the group gain a massive following.

For much of the first five years of The M Machine’s lifespan, Swardlick and Luttrell holed up in a warehouse/recording studio that was once home to arena-rock legends Journey and—under The M Machine’s wing—eventually evolved into an a collective of visual artists, engineers, and designers who shared their DIY ethic and restless creativity. The duo continue to sustain the passion for constant innovation that’s powered the project since the beginning. And no matter how the mood of their music changes over the years, The M Machine remain committed to building their sound around a strong emotional core. “We're proud to have a fan base as creative and taste-driven as we are.” says Swardlick. Luttrell adds “in general we really want them to fall in love with something they've never heard before."

No upcoming events with The M Machine