Best The Juan Maclean Songs of All Time – Top 10 Tracks 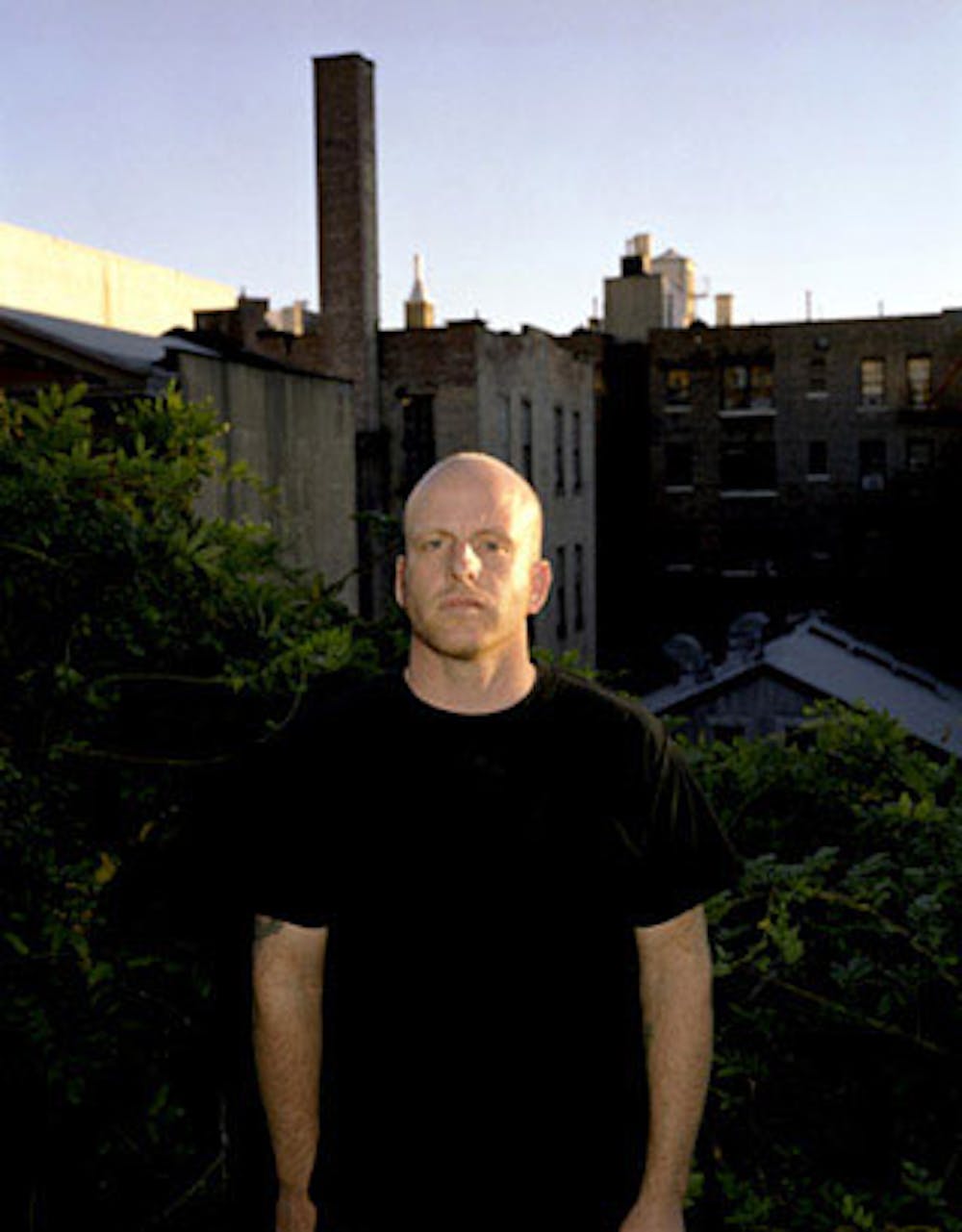 Follow The Juan Maclean to get alerts about upcoming events and special deals!

"IT'S been a bit of a sore spot., laughs Juan Maclean, "sitting on this album and seeing this robot stuff pop up all over the place.

The Juan Maclean has upcoming events in Good Room

Without further ado, here are The Juan Maclean top 10 tracks of all time:

2. Running Back To You

7. Give Me Every Little Thing

"IT'S been a bit of a sore spot., laughs Juan Maclean, "sitting on this album and seeing this robot stuff pop up all over the place. I have serious robot credentials that go back years and years. Like, a decade! But Daft Punk beat me to the punch." He may be joking, but the man's right. If anyone's earned the right to call their debut album 'Less Than Human' and imagine a love triangle consisting of a man, a woman and the man's gay robot friend (as in 'Shining Skinned Friend'), it's Maclean.

He was guitarist and synth player with acclaimed but obscure, gonzo electro-punk band Six Finger Satellite, who began formulating their blend of rigidly mechanised disco beats, oddly sumptuous synth melodies and razor-shredded guitar work in the early 90s. The brutish but groovy result suggested a cross between Devo, Kraftwerk and Big Black. Then, America was mired in grunge, the famous French robots were still in short pants and the 'punk-funk revival' was in the unimaginable future. Six Finger Satellite were just too far ahead of their time and perished accordingly.

As a result, Juan MacLean nearly gave up. Not just on music, but on life itself. Creative disillusionment and personal despair aggravated by years of drug addiction (he started shooting coke at an early age, then moved on to heroin) had, toward the end of last century, brought him to his knees. Then, as the world prepared to party at the millenium's turn, two shifts occurred. First, he quit Six Finger Satellite, got the hell out of New York City and decided to try doing something rather more socially constructive with his life than just playing in a band. Secondly, he found himself being bugged by Six Finger Satellite's former live soundman. But this guy wasn’t after money or the return of borrowed gear or any one of the countless other things that usually prompt such reconnections. MacLean was being hassled by his old friend James Murphy to start making music again.

"From the very beginning," explains Maclean, "I always made a promise to myself that when I thought the time for Six Finger Satellite was up in terms of creativity, then I would just quit. I thought it was better to go out in a blaze of glory, rather than make five more albums nobody cared about. ” Maclean quit in 1988, just one month before their final LP, 'Law of Ruins' (produced by Murphy) was due to be released. "I was just so sick of it," he claims. "I was burned out from going on tour, plus it had just stopped being interesting, so I sold all my equipment. I thought I'd never have anything to do with making music again."

With that in mind MacLean moved to New Hampshire, where he lives now. He cleaned up, studied for a degree and began teaching English in a young offenders' institute (he spent time in such places as a kid), which he does still and describes as "pretty fun." Meanwhile, his enthusiasm for music had been reignited by (a pre-DFA) Murphy and Tim Goldsworthy. "They'd mail me CD's of things they thought were good," recalls Maclean, "and the three of us started having this dialogue again about older dance music that we'd always liked - Kraftwerk, house and techno." Goldsworthy also introduced Maclean to music that we’d always liked – Kraftwerk, house and techno.” Goldsworthy also introduced MacLean to the work of experimentalists like Autechre and, although he found it “very calculated and intellectualised,” it did help get him excited about music again. So much so, that in 2000 he bought a computer and sampler. “The real breakthrough,” according to MacLean, “came when I took Herbie Hancock’s ‘Rockit’ – which was one of my favourite records when I was like, 13 – and attempted to rip it off. The result was ‘By The Time I Get To Venus,’ because at the time, I just wasn’t good enough to get that close!” That track became the debut 12-inch by The Juan MacLean and one of the first singles released by DFA.

‘Less Than Human’ refines what that tentative first effort only hinted at. It’s a precision-tuned rekindling of MacLean’s love affair with everything from Kraftwerk to Juan Atkins and Derrick May, Funkadelic to Giorgio Moroder and Lipps Inc, DAF to Talking Heads and Frankie Goes To Hollywood. It’s full of tics (sin drums, cow bells, Bootsy Collins bass lines, Moog Liberation motifs) borrowed from dance music history, but refuses to engage with retroism, nostalgia or any notion of ‘the classic.’ Opener ‘AD2003’ tracks back to Kraftwerk via Orbital, buoyed up by bubbles of percolating glitch. ‘Give Me Every Little Thing’ rewinds through Underworld and Talking Heads en route to Studio 54. ‘Tito’s Way’ contrasts acid-house synth squelches and rave whistles with clattering, tribal percussion. There’s a constant, though. Even the LP’s euphoric epic – 14-minute, piano-decorated closer ‘Dance With Me’, sung by LCD Soundsystem’s Nancy Whang – is poignantly subdued, touched by a melancholy that reflects MacLean’s own world view. “It doesn’t seem incongruous to me to have a lot of that stuff in there,” he says of the album’s sadness, “because I made a big effort to make an album, rather than a collection of tunes with just one good track that everybody knows. So I never really set out to say, ‘this is a song that will played for the dance floor,’ or whatever.

“When I started on it, I don’t think I had any pre-conceived notions at all, except that I knew I’d always be operating under the same aesthetic principles that I’d held in making music my whole life. For example, I started taking old multi-track, Six Finger Satellite recording tapes and I sampled all the drums from them – that’s most of the drum tracks you hear.” For the rest, there’s a live drummer, flute, guitar, synths, piano and vocals – no samples. “I might spend months and months on one track,” MacLean explains, “and we have a lot of live instrumentation on it, so a lot of things that sound like samples are actually me playing.”

As to the DFA connection, MacLean declares that working without Murphy and Goldsworthy was never an option. “Even now, if I weren’t going to work with James and Tim, I just wouldn’t be doing this at all. The thing that James does is something that he and I had been formulating for years and years, when I was in Six Finger Satellite – his recording techniques, his approach, the determination that he was going to put out the best thing he could possibly put out, or else it just wasn’t going to be put out. . . we spent every day and night together on tour for years, talking about recording – there was never a question of doing it with anyone else. I don’t need to be working with James because, in an engineering sense, we both do the same thing, but working with both James and Tim, it’s three people sitting there going, ‘that’s no good, that’s no good,’ and maybe one in three things will be passed by all three of us. It’s a really tough jury – the toughest – but I wouldn’t have it any other way.”