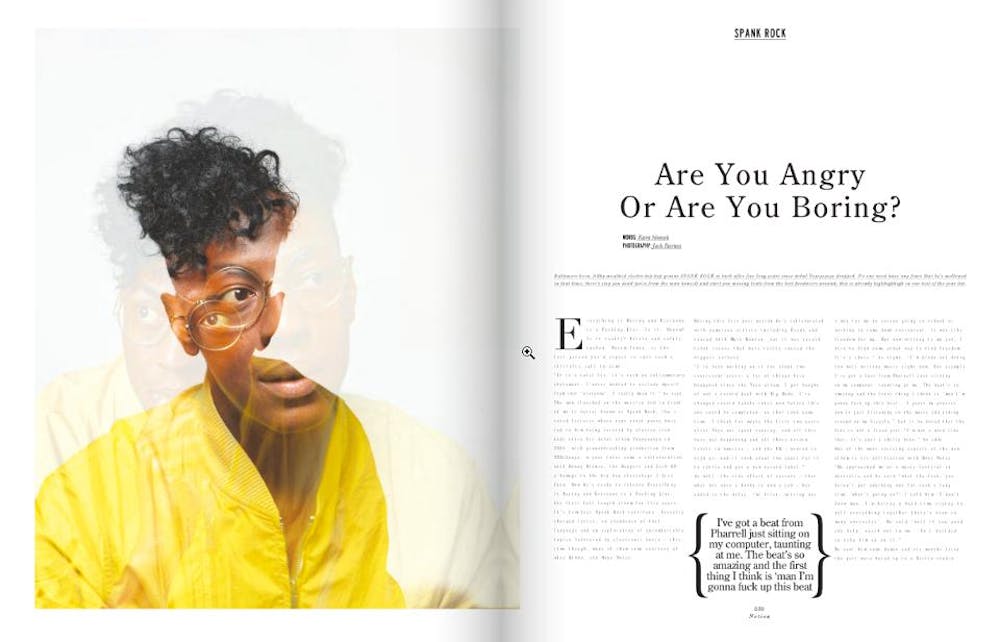 Follow Spank Rock to get alerts about upcoming events and special deals!

Without further ado, here are Spank Rock top 10 tracks of all time:

4. Let's Make Love And Listen To Death From Above - Spank Rock Remix

7. Put That Pussy On Me - Diplo Tonite Remix

Naeem Juwan AKA Spank Rock comes from the wall-sweating, pipe-bursting, hip-grinding basements of the Baltimore Bass movement. After spending some time at Drexel University in Philly he linked up with the Diplo-powered Hollertronix crew and began crafting the type of live performances that have become underground legend.

Diplo introduced him to the cutting edge UK-based label Ninja Tune and in 2006 he released the seminal electro/rap/booty album YoYoYoYoYo with production partner Alex “XXXChange” Epton. The duo crafted a groundbreaking debut album that many credit as ground zero of the electro/rap movement. Along with Ronnie Darko, Chris Devlin and the sassy trash-talking MC Amanda Blank, the Spank Rock crew quickly set the blogs afire and become known for putting on some of the raunchiest, booty-shaking live shows in the world.

Spank Rock has toured with everyone from Beck to Bjork to the Beastie Boys, has made records with Kylie Minogue, Mos Def and Santigold, and remains one of the most enigmatic and electrifying performers in music today. This summer he was featured along with The View’s Kyle Falconer on “The Bike Song” by Mark Ronson, which was a single on Ronson’s 2010 album release Record Collection, and he toured with Ronson’s Business International US & UK tour.

Spank Rock’s sophomore album, Everything is Boring and Everyone is a Fucking Liar, will be released September 27th, 2011 and has a renowned team of producers handpicked by Spank to up the ante from his critically acclaimed debut.

No upcoming events with Spank Rock