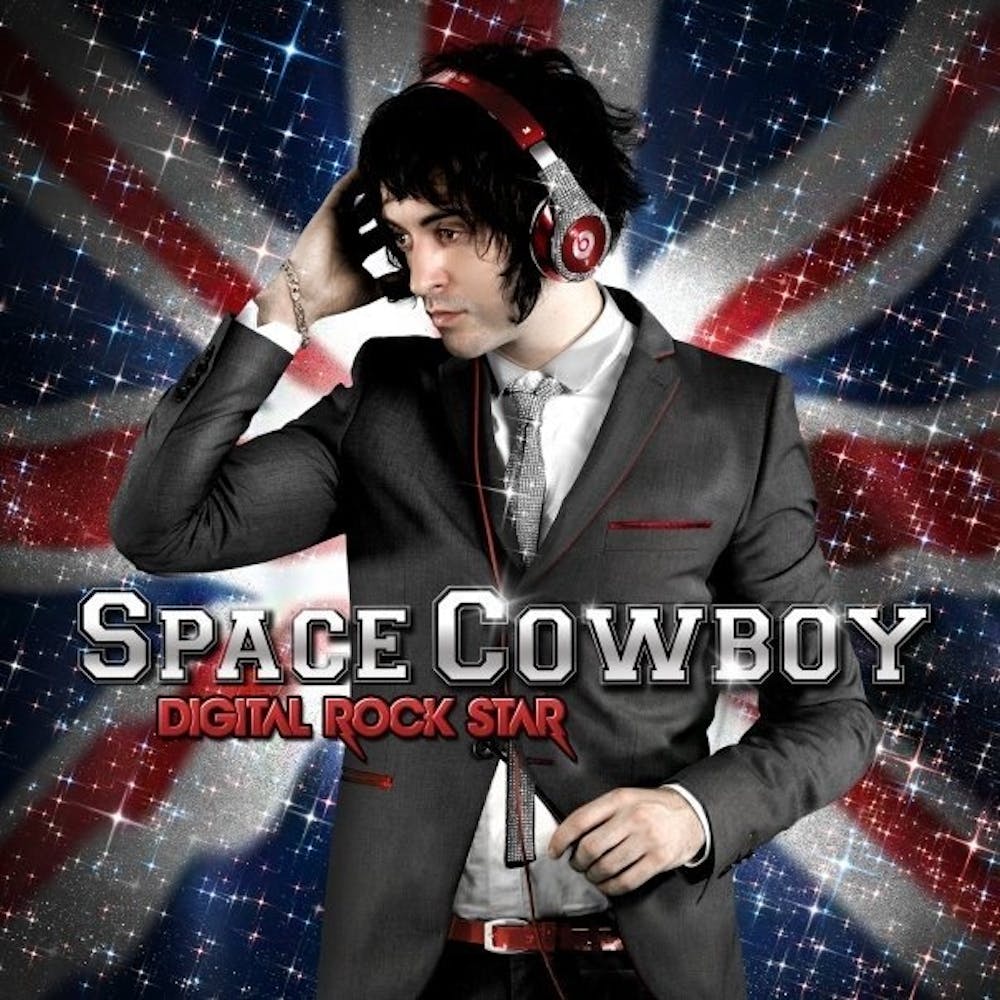 Follow Space Cowboy to get alerts about upcoming events and special deals!

Without further ado, here are Space Cowboy top 10 tracks of all time:

Those familiar with Lady Gaga’s platinum album “The Fame” will know her bold rallying cry from the song “Starstruck,” her duet with Space Cowboy featuring Flo Rida: “Space Cowboy just play that track.”

Indeed, the heavy bass, neck-breaking clap, sharp synths and duet vocals on that album’s “Starstruck” are courtesy of supa-producer/instrumentalist/vocalist Space Cowboy. As Lady Gaga’s collaborator and main foil in her intergalactic adventures (as chronicled in the episodic Web series “Transmission Gagavision”), Space Cowboy has built a loyal following as enigmatic musician/dj/producer extraordinaire.

But Space Cowboy’s story begins before that in the United Kingdom where he moved soon after being born in Paris to a guitar-collecting father.
Once in the UK, Space Cowboy’s began spinning in the sweaty London dance club scene. There, he found himself injecting the subliminal rock influences from his father into a new, stirring blend of techno, electro, hip hop and dance. Wrapping it all up in one cohesive pulse, Space Cowboy dubbed his new sound “Digital Rock” and began to experiment with the production of original recordings.

It wasn’t long before his first album, released on indy label Tiger Traxx, began causing a commotion in Japan where he was invited20to perform at the prestigious Fuji Festival. The reaction to his new sound there were such that another indy release followed and yielded the break-out track “Across the Sky.”

In 2006, Space Cowboy released his electronic-dance-rock manifesto “Digital Rock” in the UK with an early incarnation of the song “My Egyptian Lover” which was added to BBC Radio 1. It was a satellite transmission of the Radio 1 feed that caught the attention of Cherrytree Records whose roster also included a new, up-and-coming New York-based artist named Lady Gaga. The label made an introduction and the two hit it off creatively.

“I remember our first conversation was on the phone,” recalls Space Cowboy about his first chat with Lady Gaga. “She was talking about sequins, disco balls, Prince, David Bowie and body paint. Basically, she was speaking my language.”

Following that intial call, the two met up in LA where Lady Gaga invited Space Cowboy to join her touring ensemble. In the process, the two collaborated in the studio on the duet “Starstruck” as well as the futuristic Christmas song “Christmas Tree.”

Maestro of the portable studio and master of the multi-task, Space Cowboy not only crafted the personalized musical sound beds to each Lady Gaga show, but has also been recording part 2 of his “Digital Rock” opus: his new album “Digital Rock Star.”

Expounding on his unique combination of dance, hip hop, electro and rock, Space Cowboy has written all new songs as well as flipped a couple favorites from “Digital Rock” – in some cases, with a little help from his friends. For example, the hybrid rock-club anthem "I Came to Party" features German electro-glam rockers Cinema Bizarre.

"Falling Down," the first single off "Digital Rock Star" features vocals from Chelsea Korka of The Paradiso. The influences in the tracks are varied but the marriage of dance and rock is consistent as is Space Cowboy’s vocal delivery; an exotic tenor

shaped by the trials, tribulations and travels of his dj career. His delivery is a unique electronic patois somewhere between Sting and Hal, the computer from the film “2001.”

“I’ve always had a warped delivery, but it matches the idiosyncrasy of my beats.” Indeed, by harnessing the strange and wonderful, Space Cowboy has invented a new sound and made way for the first “Digital Rock Star.”

No upcoming events with Space Cowboy