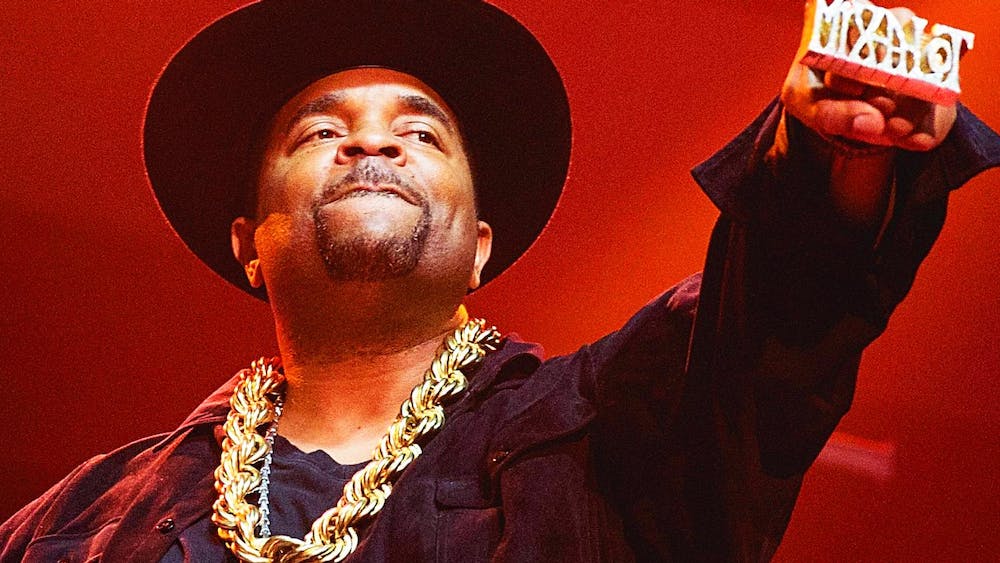 Follow Sir Mix A Lot to get alerts about upcoming events and special deals!

"Baby Got Back" Sir Mix-A-Lot paralyzed a gonzo tribute to women with large buttocks into hip-hop immortality.

Without further ado, here are Sir Mix A Lot top 10 tracks of all time:

Sir Mix-A-Lot paralyzed a gonzo tribute to women with large buttocks into hip-hop immortality. But even before he struck crossover gold, Sir Mix-A-Lot was one of rap's great D.I.Y. success stories. Coming from a city - Seattles - with barely any hip-hop scene to speak of, Mix-A-Lot co-founded his own record label, promoted his music himself, produced all his own tracks, and essentially pulled himself up by the proverbial American bootstraps. Even before "Baby Got Back," Mix-A-Lot was a platinum-selling album artist with a strong following in the hip-hop community, known for bouncy, danceable, bass-heavy tracks indebted to old-school electro. However, it took signing with Rick Rubin's Def American label - coupled with an exaggerated, parodic pimp image - to carry him into the mainstream. Perceived as a one-hit novelty, he found it difficult to follow his breakout success, but kept on recording, and event toured as part of a rap-rock supergroup called Subset, a collaboration with the Presidents of the United States of America. Sir Mix-A-Lot was born Anthony Ray in Seattle on August 12, 1963. An eclectic music fan but a rabid hip-hop devotee, he was already actively rapping in the early '80s, and co-founded the Nastymix record label in 1983 with his DJ, Nasty Nes, who also hosted Seattle's first hip-hop radio show. His first single was 1987's "Posse On Broadway," which referred to a street in Seattle, not New York; it became a local hit, and paved the way for his first LP, 1988's Swass, whic halso featured the popular novelty "Square Dance Rap," and a Run-D.M.C.-style cover of Black Sabbath's "Iron Man," with backing by Seattle thrashers Metal Church.

The video for "Posse on Broadway" landed some airplay on MTV, and became Sir Mix-A-Lot's first national chart single in late 1988; that in turn pushed Swass in to the Top 20 of the R&B album chart, and by 1989, it had sold over a million copies. Also in 1989, Mix-A-Lot released his follow up album Seminar, which produced three charting singles in "Beepers," "My Hooptie," and "I Got Game"; while none were significant crossover hits with pop or R&B audiences, all performed well on the rap singles chart, and helped Seminar become Sir Mix-A-Lot;s second straight platinum album. Financial disputes with Nastymix resulted in a fierce court battle and ended Mix-A-Lot's association with the label. Fortunately, Def American head Rick Rubin stepped in to offer him a major-lable contract. Mix-A-Lot had long had a knack for mimicking (and mocking) the pimps he'd watched while growing up in Seattle, and adopted their visual stle with Rubin's encouragement. He debuted for Def American with 1992's Mack Daddy, whose first single "One Time's Got No Case," was a critique of racial profiling by police. It went virtually unheard, but the follow-up, "Baby Got Back," became a pop phenomenon virtually from the moment MTV aired its provocative video (which was eventually consigned to evening-hours only).

Seldom does a comic novetly song spark such a fierce cultural debate: no matter how ridiculous it sounded, "Baby Got Back" touched on highly sensitive, hot-button issues of race and sex with a cheerful, good-natured crudeness that was guaranteed to offend more than a few. Was it a token of apprecatiion for women whos body types were rarely given positive cultural attention, or just another sexist objectification? Was it an indictment of narrow, white-dictated beauty standards that left many typical black women (and the black men who loved them) out in the cold, or did it simply build the one type of woman by denigrating another? Feminists picketed Sir Mix-A-Lot concerts all across the country that summer, but despite their efforts, record buyers sided with the rapper: "Baby Got Back' spent five yeras atop the pop charts, selling over two million copies; it also pushed Marck Daddy into the Top Ten, and went on to win a Grammy for Best Pop Rap Solo Performance. Billboard Magazine ranked it as the second biggest single of the year, behind only Boyz II Men's juggernaut "End of the Road," With 1994's Cheif Boot Knocka, Sir Mix-A-Lot tried to follow Mack Daddy - and "Baby Got Back" in particular - with a set of danceable party tunes that, like the strip-club anthem "Put 'Em on the Glass," often played up his obsession with the female form. Although it sold respectabled among R&B audiences, the mainstream - perhaps assuming they had already heard Mix-A-Lot's best shot - virtually ignored it. Personnel shakeups at American Recordings preceded 1996's Return of the Bumpasaurus, ensuring that it ranked a very low promotional priority for the label. Mix-A-Lot dissolved his relationship with them, and spent several yaers off the record - partly for legal reasons, partly because of a simple frustration with the music industry in general. During that time, he managed to hook up with the similarly frustrated members of the grunge/novelty band the Presidents of the United States of America. Mix-A-Lot has logn been interested in rap-rock fusions - in addition to his Metal Church collaboration, he'd also teamed up with Mudhoney on the Judgment Night soundtrack tune "Freak Mama" - and started playing with PUSA in 1998.

Eventually, they adopted the name Subset, and worked on some material in the studio; they also mounted a small-scale tour in 2000, but subsequently went their separate ways, partly owning to musical differences and party to a lack of enthusiasm for the process of putting out a record. Some of their studio recordings were leaked over the Internet, but were never officially released. Solo again, Sir Mix-A-Lot signed with the small Artist Direct label and released his sixth album, Daddy's Home, in 2003; the lead single, "Big Johnson,' was a satire of men who exaggerated their manhood, written at the behest of female fans who wanted equal treatment in Mix-A-Lot's sex rhymes.