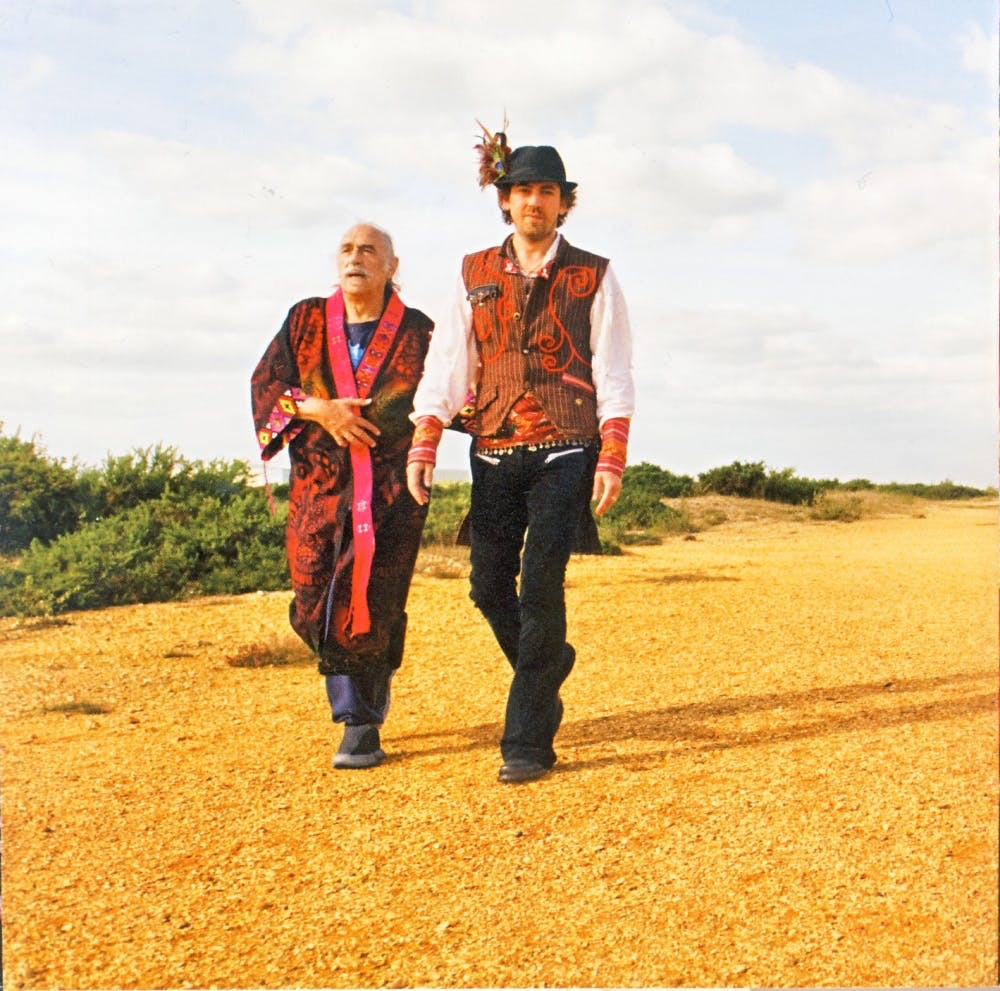 Follow Shpongle to get alerts about upcoming events and special deals!

After three groundbreaking albums over the course of a decade, the internationally acclaimed electronica project Shpongle has returned from what fans feared was the end of the project when Nothing Lasts…but Nothing is Lost, their third album, was released.

Without further ado, here are Shpongle top 10 tracks of all time:

1. Nothing Is Something Worth Doing

7. Once Upon the Sea of Blissful Awareness

8. How the Jellyfish Jumped up the Mountain

After three groundbreaking albums over the course of a decade, the internationally acclaimed electronica project Shpongle has returned from what fans feared was the end of the project when Nothing Lasts…but Nothing is Lost, their third album, was released. Not prepared to leave us hanging, electronic music pioneers Simon Posford and Raja Ram have continued to push the envelope and break boundaries to create yet another sonic masterpiece: the much-awaited fourth Shpongle album, Ineffable Mysteries from Shpongleland.

There are languages here that Shpongle fans will know and love as much as their previous work, and yet there are some massive leaps forward in terms of production techniques, sonic trickery, structure, and direction compared to all of the previous outings to date. With influences drawn from anywhere from Steve Reich and Mike Oldfield to the Batman movies and beyond, this really is another over the top record in terms of production skills, tonal textures, and original ideas from Shpongle. It is rich in detail and emotion, in worldly and otherworldly samples and inspiration, and in harmonic and melodic construction.

Ineffable Mysteries from Shpongleland opens with the massive Electroplasm, a rapidfire ascent into eastern scales and rich harmonic textures, underscored with a strongly pronounced rhythmic foundation. They dial in a different mode with Shpongolese Spoken Here, which transitions from glitchy breaks to four-on-the-floor mayhem before settling into a more laid-back but bouncy number. Nothing is Something Worth Doing is a grounded yet floaty work featuring a sophisticated tonal and harmonic palette, six-and-a-half minutes of timelessness before fading into the long-awaited Ineffable Mysteries. With original atmospheric and vocal samples from India, this tracks simple beginnings lead to a strong rhythmic drive and incredible sonic manipulations blending Raja Rams flute, Indian vocals, and synthesized creations.

That journey is followed by another - I Am You moves through shifting sands of time and sound, from its mysterious beginning through its central love song inspired by a special muse, evolving into a rhythmic and sonic tapestry of phenomenal complexity. Invisible Man In A Fluorescent Suit opens with a mournful cello solo that expands in true Shpongolian fashion into a celebratory melodic blend of synthesized and organic instrumentation before fading into the next track. No Turn Un-Stoned is cut from a different cloth, with a broodier opening that morphs into shimmering effects and soulful vocals floating over crisply defined rhythmic elements.

The final track is a multi-faceted jewel in the crown of this glowing album: Backwards Through The Cosmic Mirror features a grounded four-on-the-floor rhythm that supports forward-moving harmonic and sonic explorations with as many twists and turns as the previous tracks, eventually fading into the floating sea of soundlessness from which its brilliance arose.

Shpongle continues to evolve and inspire, as their sold-out gigs worldwide have demonstrated. The anticipation for this album is such that their launch party at the Roundhouse in London this October sold out and a second night had to be added. The demand for this album is expected to be in proportion to the uniqueness of its content. The CD booklet was designed by Storm Thorgerson, who created the classic record sleeve for Pink Floyd’s Dark Side of the Moon and other timeless releases, making the entire package a consistent creative tour de force. Unique in their sound, structure, and style, Shpongle is at the forefront of the music of our generation.

No upcoming events with Shpongle