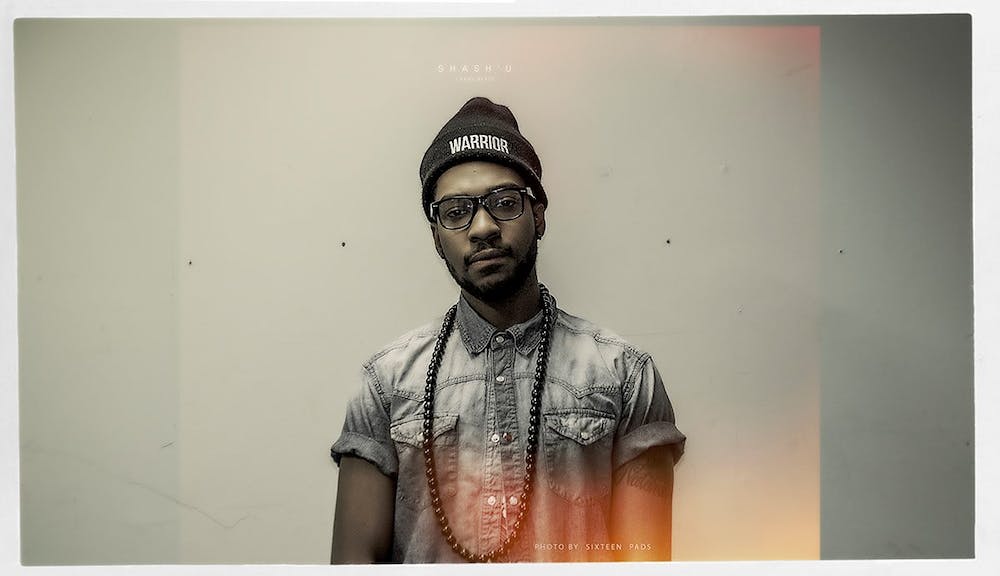 Follow Shash'u to get alerts about upcoming events and special deals!

Without further ado, here are Shash'u top 10 tracks of all time:

Originally from Montreal – son of Haitian parents – Richard St- Aubin, best known as Shash’U, first saw the light of day in 1983. He was only 9 when he began to play the drums and then turned to electronic music composition in his late adolescence. He would soon thereafter develop a unique signature sound thanks to his mixture of avant-garde hip-hop, funk, r&b and electro acoustics.

At the age of twenty and after a few years of practicing various forms of street dance, Shash’U adopted the turntables to become the DJ that we know today. He has since forged a solid reputation in the planet-wide realm of street dance. His musical career began to take shape through his performances as DJ-beat producer for his fellow street dancers, for whom he composes and plays his instrumentals in international competitions.

This introduction to the DJ art is what allowed him to make the leap into the world of nightclubs. As of the year 2005, Shash’U – who already possessed a solid DJ reputation – starts building his amazing track record as a composer – singer – songwriter, collaborating with the biggest names in hip-hop and electro beat both in Quebec and abroad. James DiSalvio, Youssoupha (FR), Kutmah (UK), Gage (Fr), and Gilles Peterson Kaytranada (UK) are some of the artists with whom he teams up. Now, with a musical career spanning ten years and having traveled throughout the world with his music, Shash’U has become one of the great ones in the Montreal beat scene, his name being associated with the founders of the Piu Piu movement.

His numerous free remixes and EPs offered online and the millions of plays he has received on Soundcloud and Youtube have allowed him to build a fan base in the four corners of the world. His style, which he calls PWRFNK (Power Funk), is unmistakably identified by the character of his drums and by the omnipresence of his bass. PWRFNK revolves through synthesizers from the 80’s, melodic bass lines and funk, which our Montrealer revisits with a contemporary approach to vintage-hip- hop/street beat with an urban flavour. The year 2014 will be an important one in Shash’U’s career as he introduces us to his first official album; a PWRFNK opus entitled 198X. It is scheduled to be released towards the end of the year. An EP, by the name PWRFNK, will precede this first official album and will be released in the spring of 2014.

No upcoming events with Shash'u