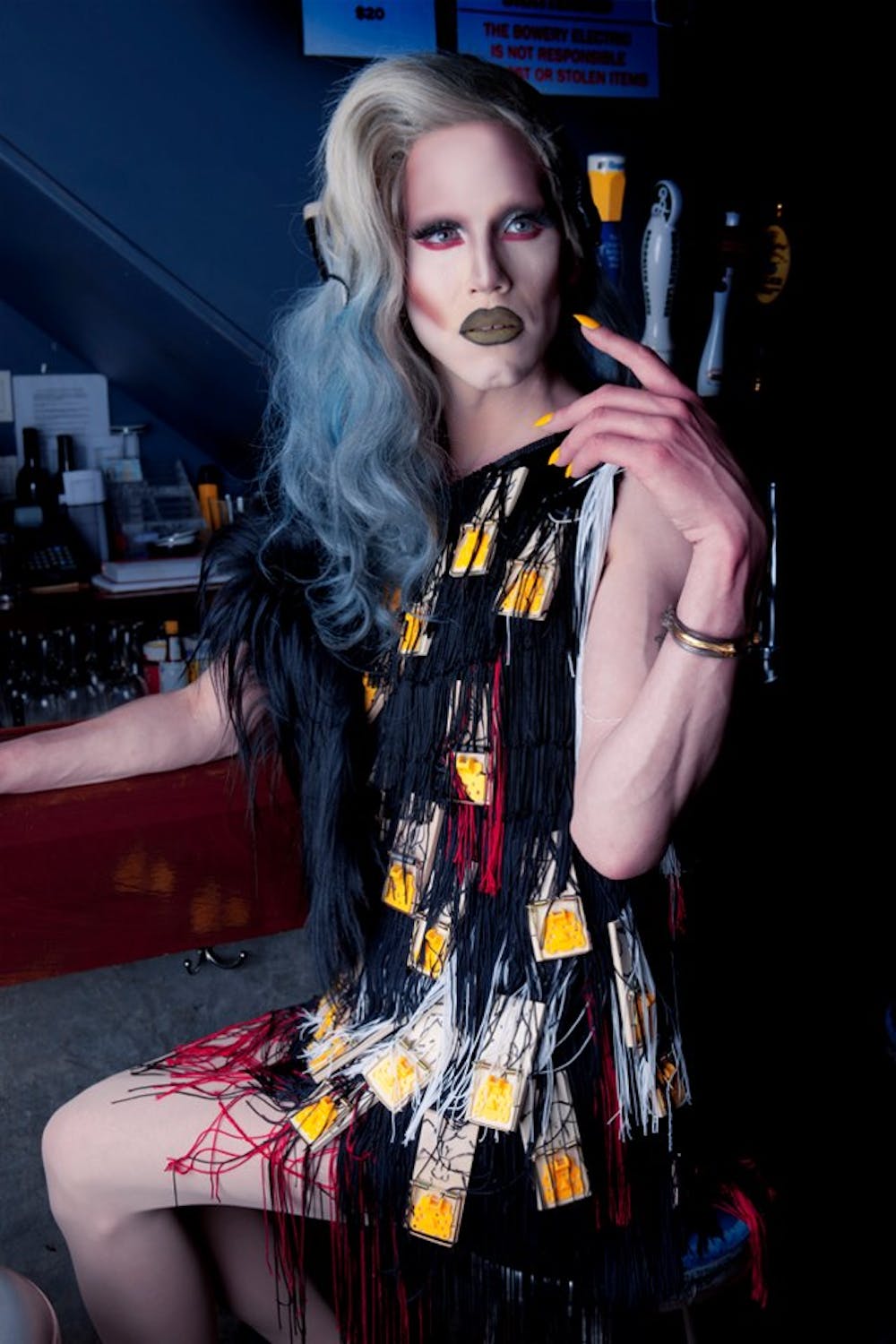 Follow Sharon Needles to get alerts about upcoming events and special deals!

Sharon Needles has performed in venues such as: Nightingale

Without further ado, here are Sharon Needles top 10 tracks of all time:

4. Call Me on the Ouija Board

10. This Club Is a Haunted House (feat. RuPaul)

Rewind to 1981. Sequestered in the Iowa cornfields, a child is born to a single parent: a television. She’s a bad girl. She discovers makeup—perhaps, too early. A high school dropout, she earns her diploma on the streets.

Fast-forward to 2004. A staple on the Pittsburgh nightlife scene, this underground celebrity captures the affection of the local media as a stupid genius, a reviled sweetheart, a PBR princess, a drag queen… ah…make that a Fag Punk. She’s drop-dead dazzling. She thinks she’s Amanda Lepore. She’s more like Vampira.

Break through to 2012. Reality Television, she’s there, exuding warmth, love, laughter, and… blood. A post-Warhol mannequin, this Queer icon is on two million television sets in America—brainless, brain-dead, brainy RuPaul alumni. With the look of a cover model and the soul of a shoe, she lives everyday as if it were Halloween…. or her last.

No upcoming events with Sharon Needles